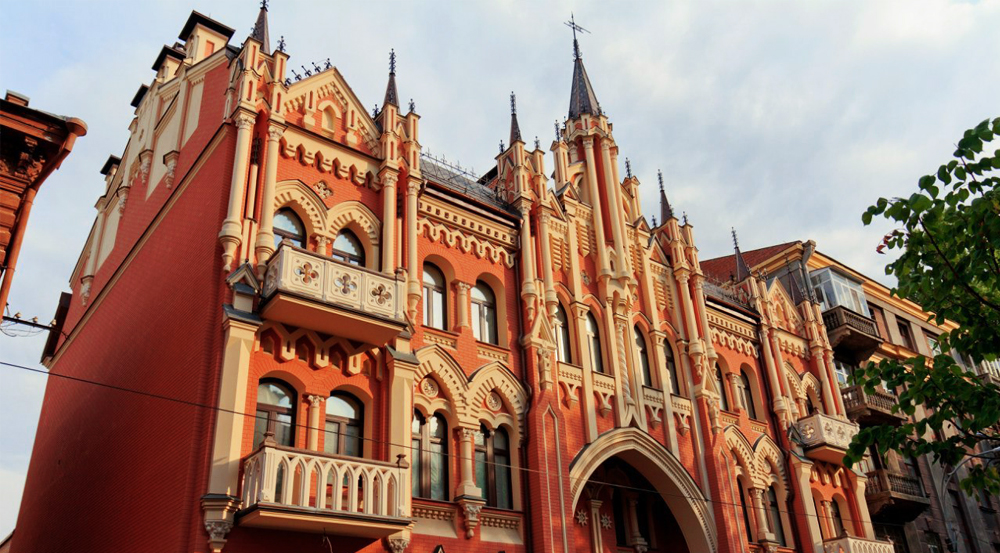 Walking Kiev Tour with a local

A route for those who want to believe that Kiev is “the mother of Russian cities”.

Before the route, you should study the period of Kievan Rus a little, and then go and see the Golden Gate, St. Sophia of Kiev, see the foundation of the gate of Batu at the Vladimirska street and walk along the archaeological park “Starokievskaya Gora”. Those who love the secrets of the city can try to find foundation of the Fedorovsky Monastery in the yard of the house #3 on Vladimirska Street, find a cross on the site of the destroyed St. George Monastery (intersection of Georgievsky lane and Zolotovorotska Street).

A walk through Kiev of the nineteenth century, which will show exactly “that Kiev” – resort city, city of sugar manufacturers and poets of the silver age. The city where houses were built in Classicism, Empire, Eclecticism and Art Nouveau style. You have to walk along Yaroslaviv Val, Vladimirska street, Olesya Gonchara, Bolshaya Zhitomyrska streets and Shevchenko boulevard (along the central valley), visit the Opera House, the Red Corps of the University, the house with the Chimeras and museums on Tereshchenkovska Street, Gorodetsky Street. One always wants to finish such a nice walk in a restaurant of national cuisine, for example, Opanas that is located in the heart of the Shevchenko Park. 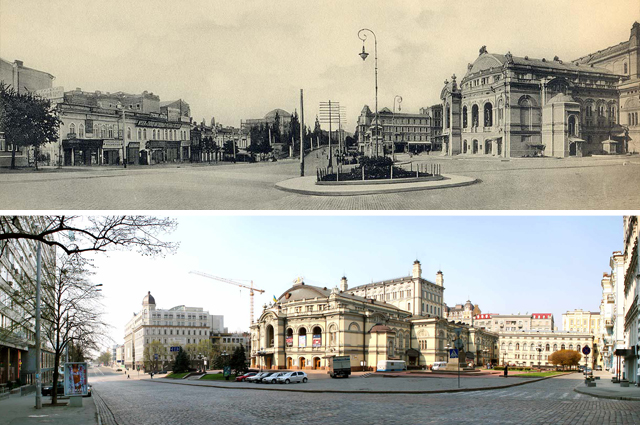 Kievans love and cherish stories about their witches, all sorts of horror and magical stories. According to different opinions, there are either five or seven so called bald mountains in the city. You cannot get to all of them – urbanization chipped off a couple for construction, but you can feel the spirit of mysticism by visiting the Castle Hill with its wastelands and abandoned cemetery, Andrew’s Descent with Bulgakov’s house #13. In addition, it is worthwhile to find a guide who will take you to the Bald Mountain that is on the spur of Zamkova Hill, climb up to Shchekavitsa, where you will get acquainted with the mystical installations of the Fiction Gallery Expedition, explore Tatarka (Jurkovitsa) with the Cross in place of the former cemetery. And may the Force come with you! 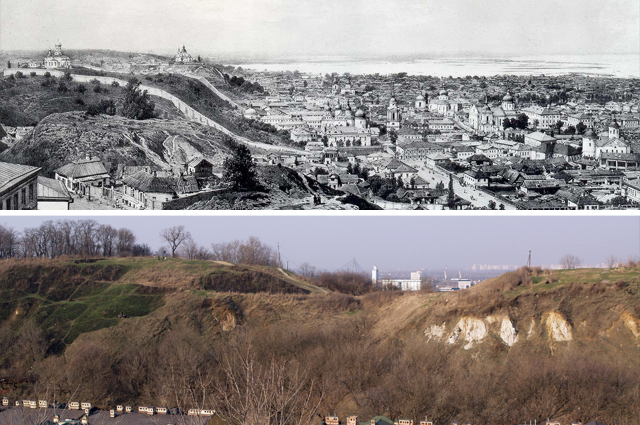 A couple of centuries ago pilgrims said, “With the tongue in one’s head one can get the way to Rome”. Well, in our case not Rome but Kiev. And today thousands of people go to the Kiev-Pechersk Lavra to worship the holy relics. That is why you might be interested in visiting the Vladimir Cathedral, painted by artists of the modern era, Vydubychi – with the Mihailovsky Temple of the twelfth century, the Church of St. Cyril of the twelfth century with Vrubel paintings, Kitaevskaya desert with a complex of funeral caves, the Florovsky Convent and the St. Vvedensky Holy Monastery with the miraculous icon of the Mother of God “Recognize Humility.” You should choose time to visit the Saint Sophia Cathedral – now the reserve – and the St. Andrew’s Church, which stands on the place where according to legend the apostle Andrew foretold the creation of this city. 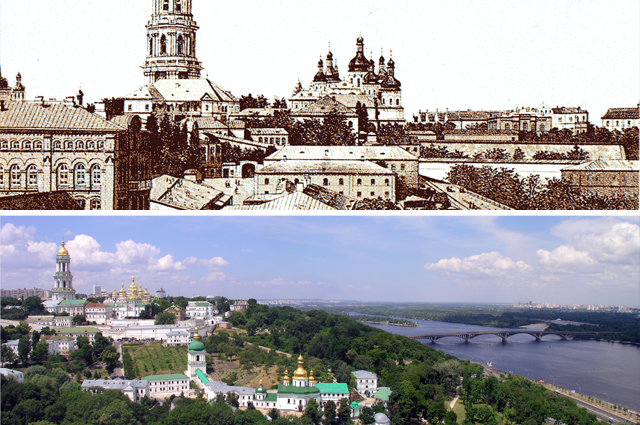 The capital of the Ukrainian SSR since 1934, city blown up by Soviet troops during retreat, hero city and industrial center. Your way should begin with Khreshchatyk Street, whose architectural ensemble called Stalin’s Empire style was the face of socialist Ukraine. Then walking through the former Lenin Museum (now the Ukrainian House), the Friendship of Peoples Arch and the Verkhovna Rada go to the mass grave of revolutionaries in the Mariinsky Park. After that, go to the Arsenal factory, where the October Revolution began for Kiev; see Pushka – the first monument of the Soviet era in the city, the monument of the Unknown Soldier and, after thinking about the famine in Ukraine in the thirty-third at the memorial dedicated to the Holodomor tragedy, go to the Motherland Monument, which reflects all the power and idea of ​​Soviet monumental art. If you are especially interested in that era, you should take a walk and see the Kiev bridges, Kiev metro stations – palaces for the people (Teatralna metro station is a must) and the factories – the remnants of the industrial dream of the builders of the Soviet empire. 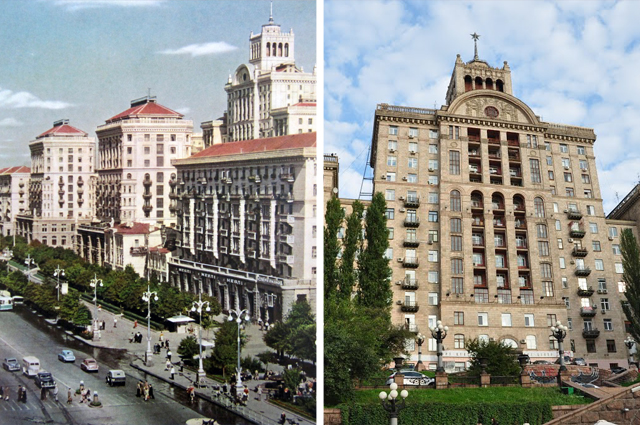 In the early twentieth century, one third of Kiev population were Jews. What is left of that civilization? Start your way from the Central Brodsky Synagogue, in the past the choral synagogue, go to the monument of Sholom Aleichem at Rognedinska Street, go to the museum of the great writer, located near his Kiev home. In the same quarter, you will find a memorial plaque on the house where Golda Meir lived – the Prime Minister of Israel, and the Bessarabian market, built by Brodsky. Next, you should go to Podol, where 30 years ago they spoke Yiddish, and visit the oldest synagogue in Kiev on Shchekavitska Street. It is necessary to visit Babi Yar – the place of the tragedy that killed more than one hundred thousand Kievans, most of whom were Jews. Separately, you can walk through the Jewish mansions on Lipki: Lieberman’s estate (now the house of the Writers’ Union), Apstein (the house of a weeping widow), the manors of Brodsky, Mandelstam, Halperin, Zaitsev families and many others. 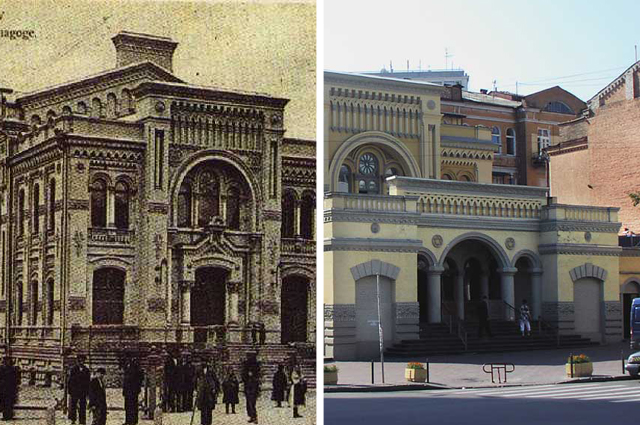 The man with the can creates the world – that is the idea on the wall in the courtyard of the 24 Bolshaya Zhitomirska Street. Start there and walk to the Fashion Park on the Landscape Valley; in 2012, Kyivites defended this place from developers from the Ministry of Internal Affairs. After that, you should see the work of the Skretutskiy and Landscape Initiative in Kiev: “A horse” (actually a hedgehog), a ballerina, a match, a kitten made of disposable forks, a crocodile and others; actually, there is over a dozen of such objects in Kiev now. If you like graffiti, you should see the works of Muralisimo 2012 festival and the work of the most famous Ukrainian group “Interesni Kazki”. And fans of the concept art will definitely enjoy the works of the Fiction Gallery Expedition on Zamkova Hill and Shchekavitsa. 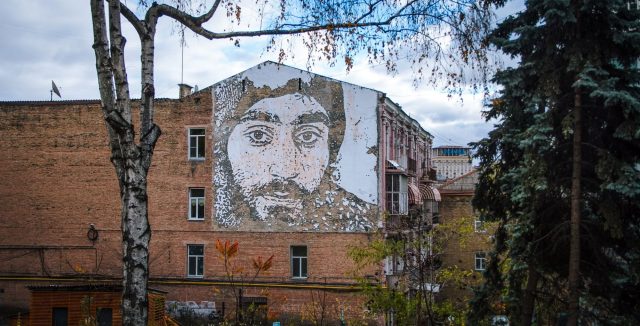 The most philistine of all the Kiev districts – it keeps a lot of mysteries and surprises. You can start the journey by descending on the first in the Russian Empire funicular from the Vladimir hill to Pochtova Square, where in the Ascension Church you will find the death mask of Taras Shevchenko. It was there that the Kievites followed the poet’s body to its last journey. Then take a walk along Sagaidachny Street – a street without a single tree with shops and cozy cafes. Once in the Trade Square, where one of the biggest fairs in Russia took place, go to the Kiev-Mohyla Academy to look at the restored sundial. Those who like cozy yards and authentic not filtered beer will fall in love with Podol as well. 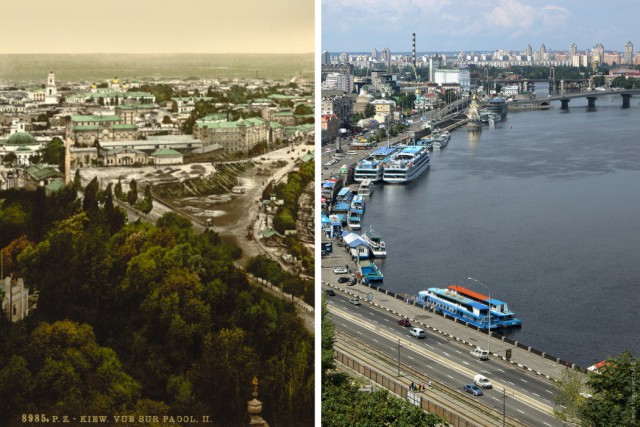 55% of Kiev is a green zone. If you want to make sure of this, start your way from the Landscape Valley, walk the Vladimir Hill to the monument to Vladimir, cross the European Square and from the People’s Friendship Arch start your way along the Dnieper. Walking past the Lobanovsky Stadium, you will get to the Mariinsky Park with a palace designed by Rastrelli, the grave of Vatutin and the mass grave of the heroes of the revolution. You can also go to Lukyanovskiy Park to see dachas of Khrushchev or Postyshev, or to see the Park Kin Grust to find yourself swimming in the lakes of Pushcha Voditsa in a couple of hours. We advise everybody to have a look at Kitaevo, Theophany and the Museum of Folk Architecture and Life of Ukraine known as Pirogovo. 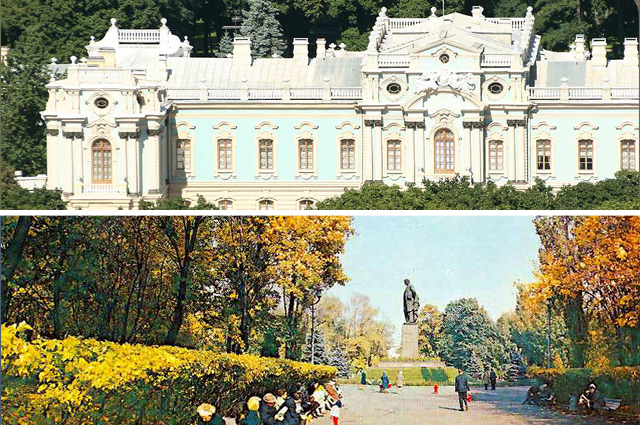 The history of Kiev through the history of powerful and mighty. Palaces that have become offices, and mansions, which became the center of political activity. You should see the National Bank of Ukraine and the house with the Chimeras – the most beautiful Kiev houses; see the Palace of the President of Ukraine, the house of the weeping widow, walk along Shelkovichna Street, enjoy the architecture of the Uvarova Palace, which became the department of the NKVD (People’s Commissariat of Internal Affairs of Soviet Union), and the Youth Theater built by the architects sitting in the cellars of the abovementioned NKVD. Go to the Chocolate House, once the registry office, standing next to the fortress of Kavalerki built by Aleshin, and finish your walk returning along Grushevsky Street to the National Art Museum of Ukraine. 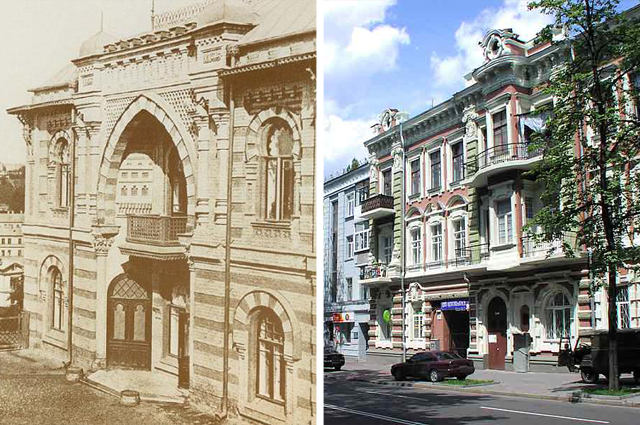 This is the most unpredictable excursion, and God bless you – take a taxi when you are going home home or to your hotel drunk, and take care of valuable things and health. This tour varies from year to year and is very diverse for people of different tastes and age categories. In 2017, if you want to party, start with the Arena, have supper in Ostannaya Barikada Restaurant, drink cocktails in Barman Diktat Bar, and after that go to De Fleur. If your heart seeks glamor, dine at Mur Mur, then go to CHI or to the Skybar Club located right below the Pinchuk Art Center. If you do not like 160 Bpm sound and you are not comfortable with the perennial glittering of the rhinestones, watches and fashion brands, you will be pleased in the Alchemist Bar or Solomenska Brovarnya where they have a good live sound in addition to beer. 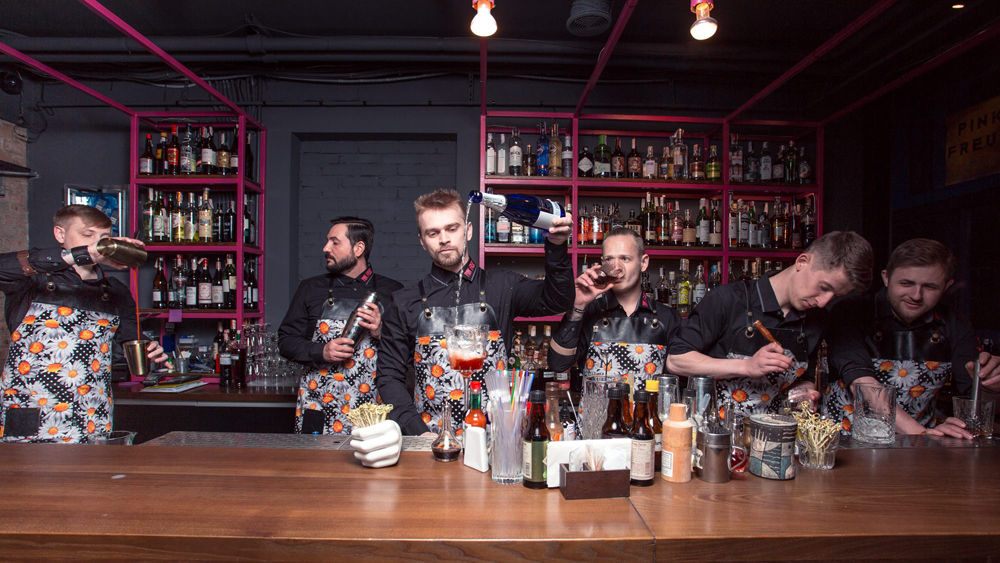 We hope that after walks in our beautiful city, you will fall in love with it, and love is something worth living for. Welcome to Kiev! Book the tour of Kyiv on www.guideme.com.ua 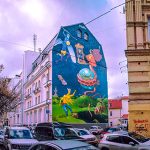 Street Art of the capital of Ukraine 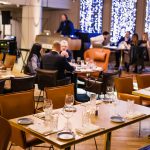 Pantagruel and other great Kiev restaurants