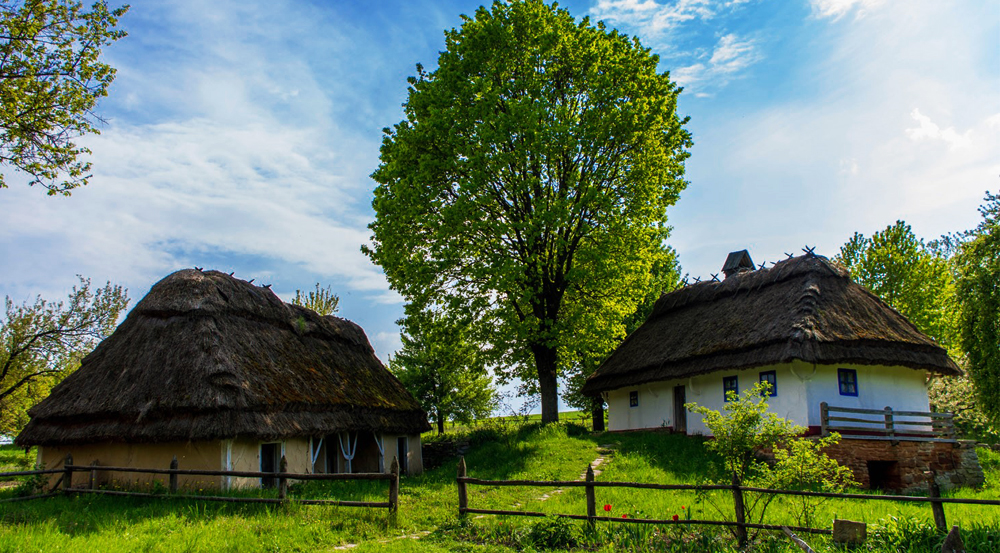 Not all the peoples of Europe have such a revering attitude to national culture, traditions and customs, as Ukrainians do. And it’s not only because of some conservatism of the inhabitants of Ukraine, but also due to low welfare of people among the rural population. Ethnographic open air museum is not very rare phenomenon; in fact, there are more than 600 of them all over the world. In Ukraine, such places like Ukrainian countryside can be found in Chernivtsi, Uzhgorod, Lviv, Galich. However, the most famous ethnographic open air museum of Ukrainian village is located in Pirogovo. Other museums use its methodological procedures and copy its basic concept in many aspects.

The name of Pirogovo is familiar not only for every Kyivite, but almost for every guest of the Ukrainian capital. The majority believes that this is the name of the museum of national architecture in the vicinity of Kiev. In reality, Pirogovo is a small village located in the neighborhood of this most interesting institution; the official name of the museum sounds as follows: “Museum of Folk Life and Rural Life of Ukraine”.

More than 300 various buildings are located on the territory of 150 hectares. Some even believe that the Pirogovo open-air museum is the world’s largest open-air museum. It is really true that it has no equal in all of Eastern Europe: standard tour on the territory of the reserve lasts three hours; however, it does not cover the entire area of ​​this grandiose place. Another difference of the Kiev museum from the others is the territorial coverage of its exposition: other museums are mostly local and their exhibits cover only one region; Kiev museum represents the entire country. 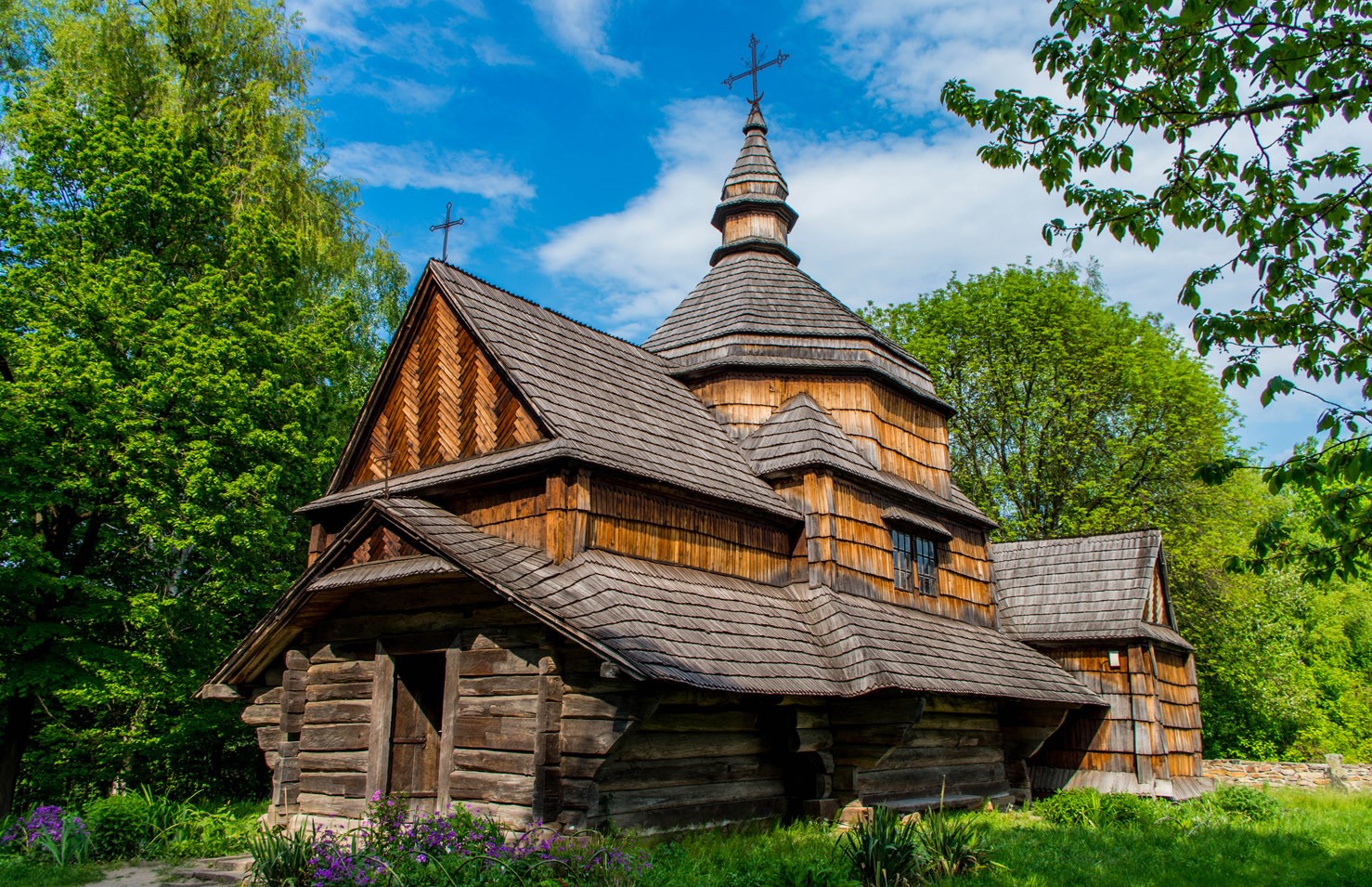 In addition, tourists are attracted by the creative approach of the museum management. For example, various theatrical performances are regularly held here. In other similar institutions, visitors are shown only material pieces of culture. In the vicinity of local farmsteads tourists can listen to folk songs and in all kinds of workshops they can enjoy the works of folk craftsmen: weavers, smiths, embroiderers, carvers, potters, glass blowers. Their products can be purchased here in the shops.

For one season in Pirogovo, they celebrate about twenty holidays. There are also religious ones among them: pagan and Christian. There are five Orthodox churches, where you can also order baptizing and wedding ceremony. These are museum workers who do all the work on reenacting the rituals. They collect materials that relate to the customs of the regions of Ukraine. After that on the basis of the information collected, they create scenarios for interesting performances where both folklore professional groups take part, as well as interested schoolchildren, students and in general all those who are interested in folk culture. 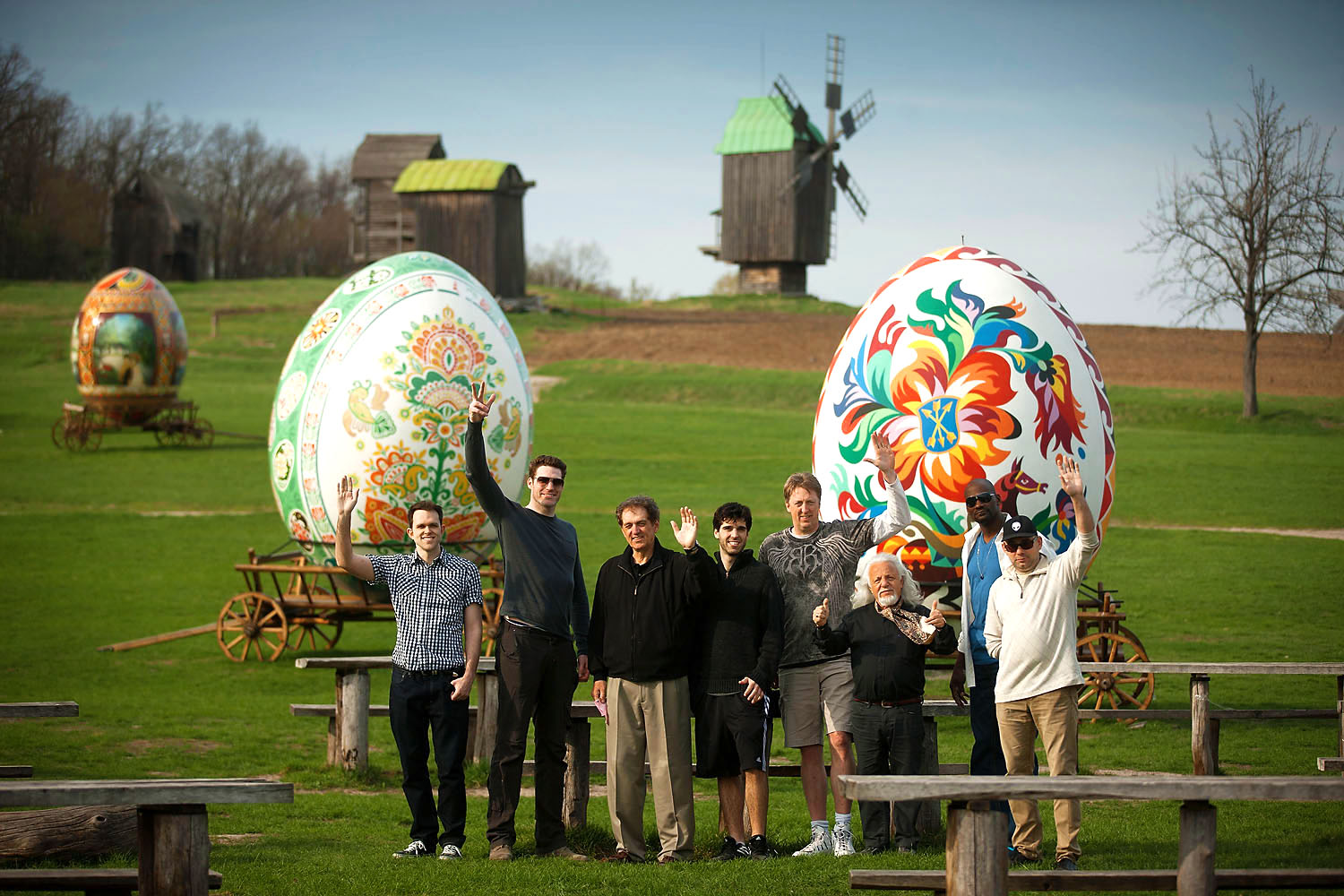 In addition, at the request of the visitors, they can learn the basics of some national crafts. Such entertainment is very popular: foreign tourists literally with a sparkle in their eyes make unusual intricate patterns on pysankas; businessmen try to master pottery, and their wives take up a spinning wheel and a needle with pleasure.

Almost all the buildings located on the territory of the open air museum are originals brought from all corners of Ukraine. The unique symbol associated with the rich and prolific Ukrainian land is a hill with real windmills. The exhibits of the museum provide tourists with opportunity to get to know about the history of folk art and peasant life: the exposition includes all sorts of household items, folk clothes, dishes, musical instruments and handicraft devices.

In Pirogovo, there are also several estates, which include houses and outbuildings. Each of the estates represents separate region and is built taking into account the regional traditions of planning and architecture. In total, the Pirogovo Museum demonstrates six ethnographic areas: “South”, “Carpathians”, “Polesie”, “Podillia”, “Middle Pridneprovie”, “Slobozhanschina and Poltava regions”. In addition, there are separate expositions called “Windmills”, “Modern Village” and “Fairground”. 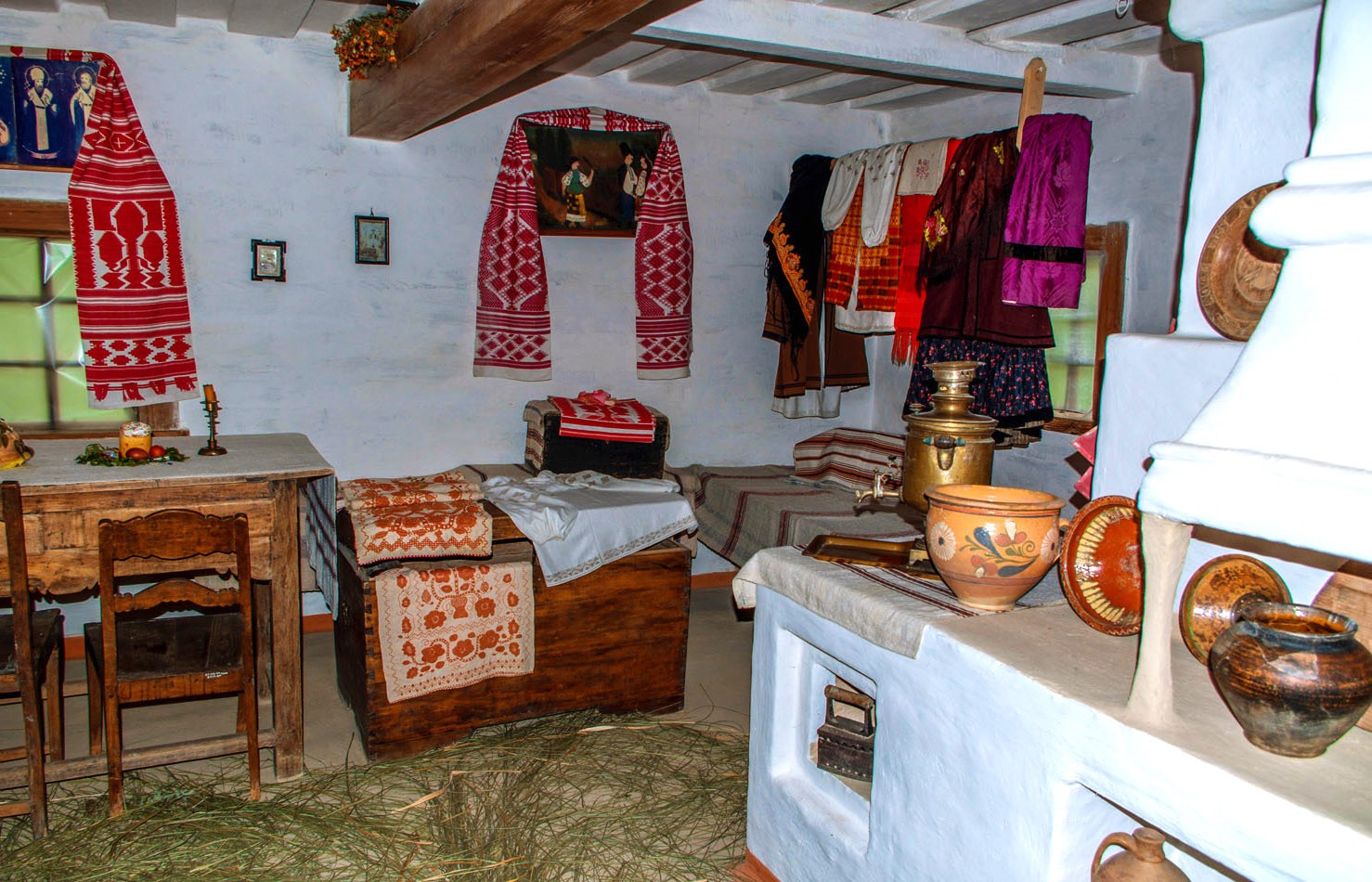 The main part of the Kiev open-air museum is dedicated to the Ukrainian village of 18-20th centuries. “Modern village” is a collection of rural architecture of the 60s of last century. This exposition shows the interiors of those times; the premises are filled with all kinds of products of Ukrainian enterprises of regions that represent these estates. These houses are the most accurate models of original ones. And as for the ancient huts, they are absolutely all authentic. They were brought here in disassembled form from different parts of Ukraine, after which they were carefully assembled again. Also one of the valuable exhibits is the house, whose owners were once the relatives of Taras Shevchenko. 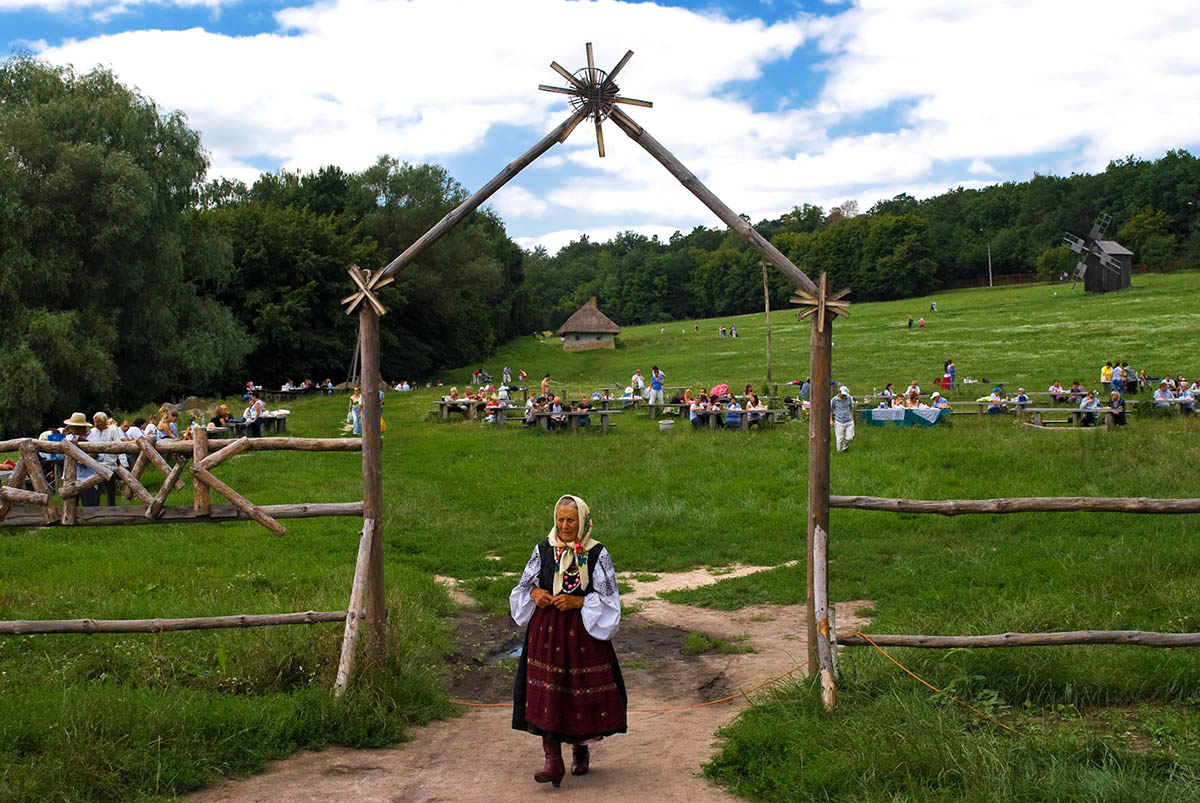 The open-air museum of Pirogovo is in great demand. And many even say that this museum is almost ready entourage for some interesting historical movie.

There are three Orthodox churches in the museum, two of them are the Kyiv Patriarchate and one is a church of the Greek-Catholic rite. People come here to celebrate Christmas, Baptism, Easter, Trinity, Kupala and other holidays. By the way, one can also order the rituals of wedding or baptism in the churches of Pirogovo.

“This year I visited it twice, I am simply fascinated by this museum!” The old ladies-keepers sit next to each house, and they gladly tell where this house was before and who used to live there. Some of the houses have souvenir shops. You can go to Pirogovo in the morning and stay there until it closes; many take their food with them and take a picnic right in the shade of the mills. I advise you not only to walk along the asphalt road, but also to turn off the path,” – the tourist from Belgium shared her impressions of the visit to the museum.

“It’s good to go to Pirogovo, when there is a holiday – then on every corner they pour mead, bake pies in the oven, and even allow you to trample clay during ” toloka” to build the house,” the guide Daria tells.

Contact a private guide in Kyiv to see Ukrainian village: 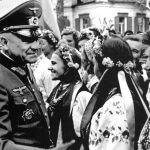 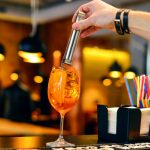