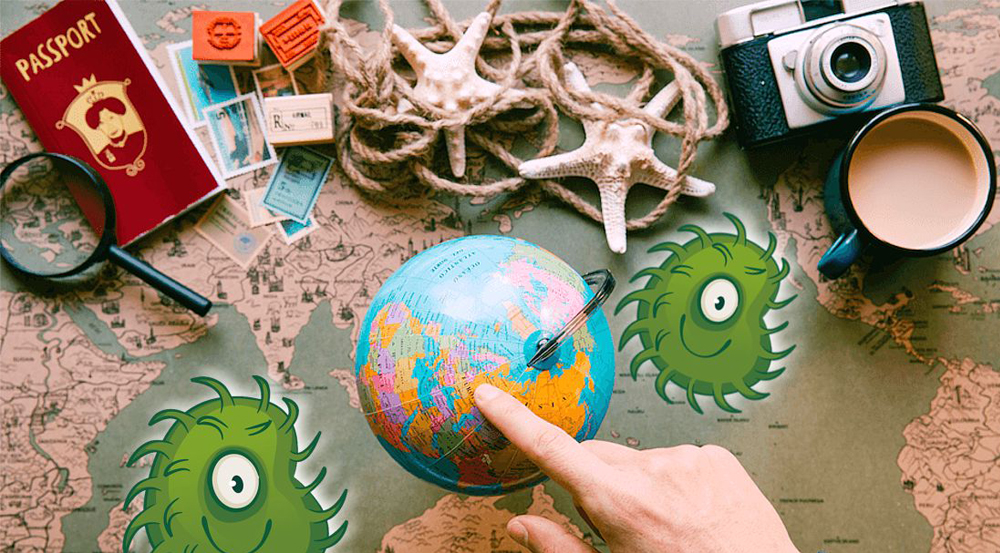 Tourism in Ukraine after Covid-19

Tourism and transport are the two global industries that will be most affected by the coronavirus epidemic. The extent of the losses is still unknown, but it is already clear that coming back to what it used to be will be long and difficult. The first wake-up call is the decision of the Lufthansa Directorate to write off 6 of the 14 long-haul giant airliners Airbus A380, as well as 12 long-haul smaller aircraft. The reduction of the fleet and launch of the restructuring program are also expected in the subsidiary airlines Austrian Airlines and Brussels Airlines. This is just the beginning. Everyone understands that there will now be fewer tourists, and they will fly to nearby countries at cheaper prices. Everyone understands that in 2020 there will be no tourist boom. And of course there is no boom in the tourism of Ukraine.

This is where Ukraine receives a second after 2014 chance to develop domestic tourism. Has it changed in the last 5 years? On the one hand, yes. Many new interesting routes appeared, a whole galaxy of bright guides grew up, and even new hotels were built. Tourism is developing rapidly in the cities – Vinnitsa, Lutsk, Uzhgorod and Chernivtsi are snapping at the heels of recognized leaders such as Odessa, Lviv and Kyiv. Over the past 3 years, we have substantially repaired the roads, especially in the western region, began to actively establish railway connections between the regions, and many interesting music and tourist festivals and holidays have appeared. 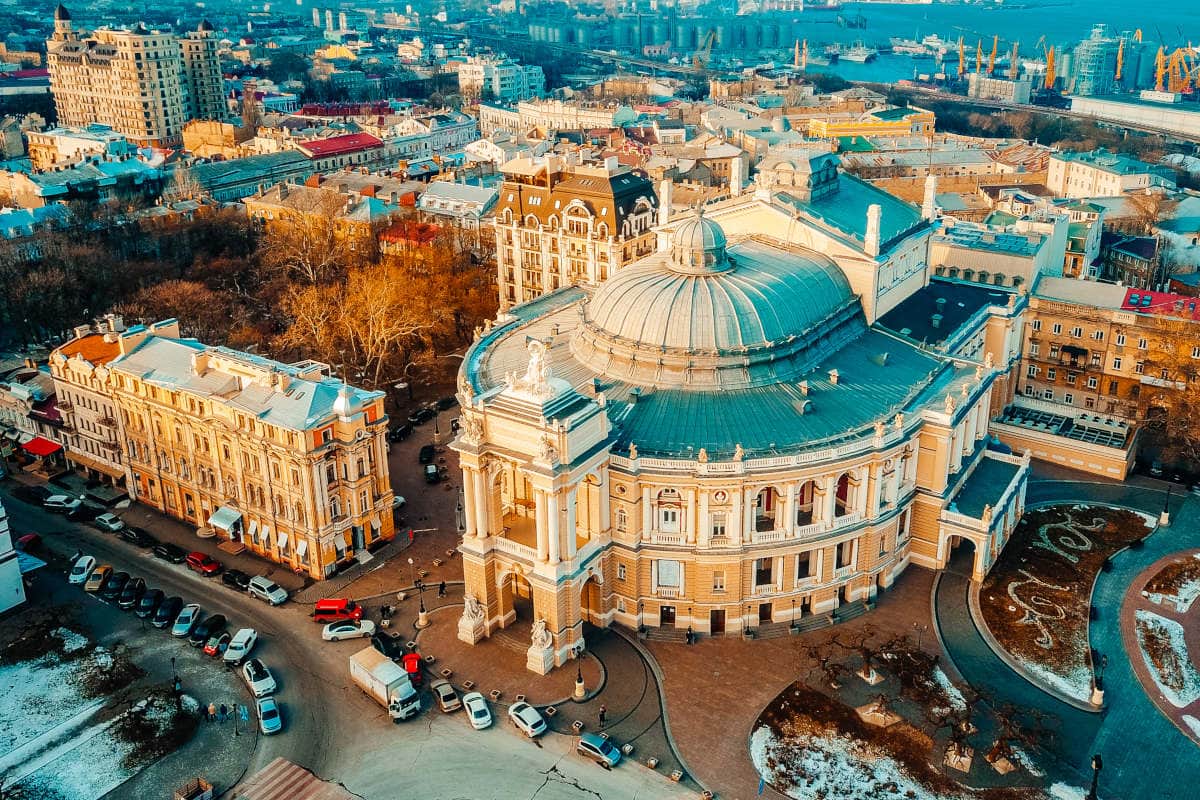 The Ukrainian government estimates the losses of imports and exports of travel services from the COVID-19 coronavirus pandemic at $1.5 billion. This was reported on the website of the Cabinet on April 28.

“The panic will pass, the prohibitions on movement will be phased out, but people may still have internal fear and keen instinct for self-preservation. Tourists can change their habits, which will require a change in the format of service. Social distancing will be one of the main behavioral changes,” the message says.

It is noted that the Ministry of Culture and Information Policy, and relevant committee of the Verkhovna Rada, developed bill No. 3377, which, in particular, suggests:

1) to exempt tourist services from the payment of:

3) introduce tax incentives for paying rent and land of state and communal ownership.

The EU will spend 375 billion euros to restore tourism. The governments of the EU countries will spend most of the money to help their tourism sector; another 120 billion euros will be given to affected entrepreneurs and companies.

Return of tourists to Ukraine

However, having spent 3-4 months in captivity many people want to get out of their apartments and the further the better. They will choose the countries that are least affected by the pandemic. The factors that might be most important for tourists will be:

Yes, the issue of price also becomes relevant, because while on halt, many people have largely lost their savings, and some have lost their jobs. Therefore, spending on entertainment, including travel, will not be a priority. On the other hand, tourists will choose budget-friendly destinations.

Ukraine is a budget-friendly destination with low virus spread rates. Therefore, when the borders open, the country expects not a sharp, but yet quite active return of tourists. 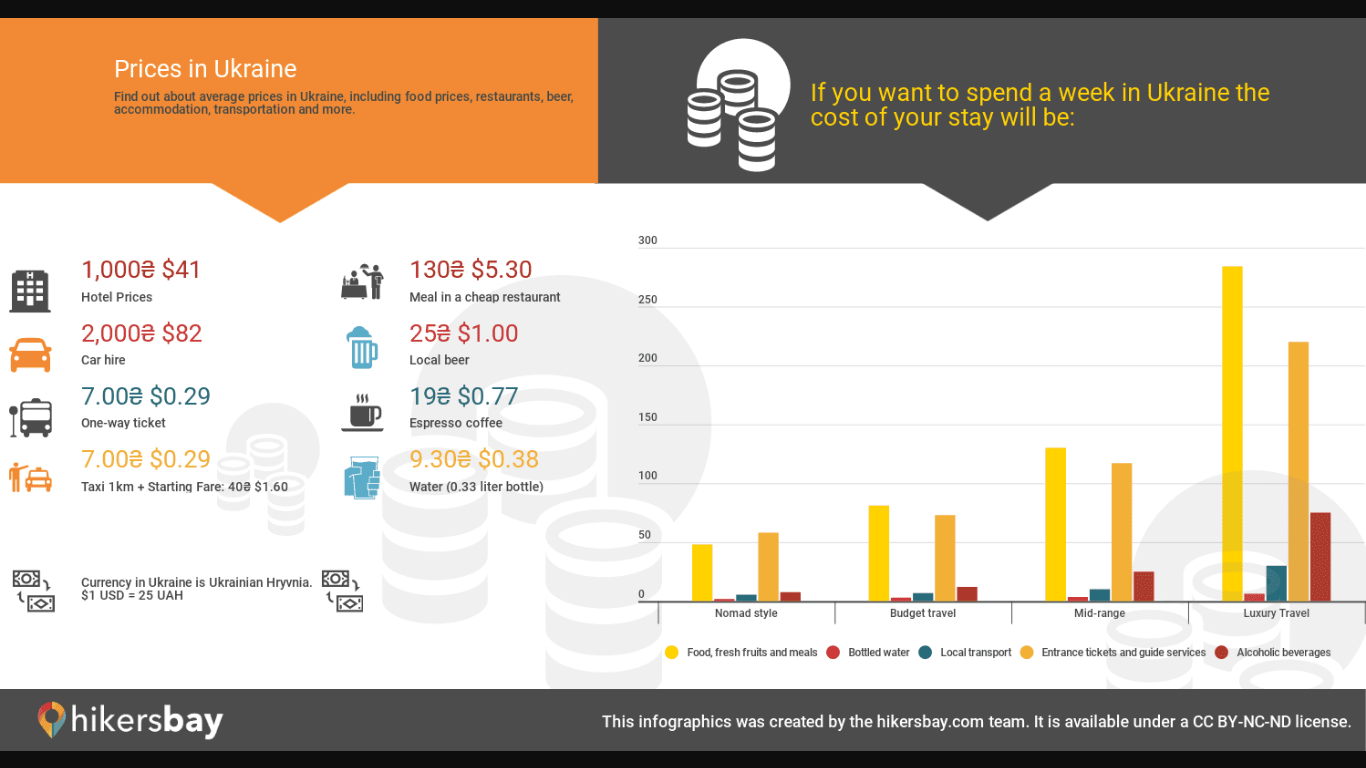 In 2018, British agency Hoopa recognized Kiev the cheapest city in the world for tourism. In 2018, minimum tourist budget in Kiev including accommodation, food and entertainment was 65 pounds.

What can Kiev offer foreign tourists?

Prypyat and Chernobyl – these two words became a magnet for many western tourists. According to the Ministry of Ecology, which oversees the exclusion zone around the Chernobyl nuclear power plant, in 2015 about 10 thousand people visited the site, yet during the last year there were 70 thousand visitors, and 75 thousand in 2019. Half of the guests of the closed territory are foreigners.

One of the main drivers for the growing interest of Western tourists was the British-American series Chernobyl, dedicated to the Chernobyl catastrophe. It was released in early 2019 and received the highest IMDb rating among the series of all time.

READ: Chernobyl HBO TV Series: What Really Happened and What Never Did!

Chernobyl is a topic that interests the whole world. People want to see the place where one of the largest tragedies of recent times has occurred. 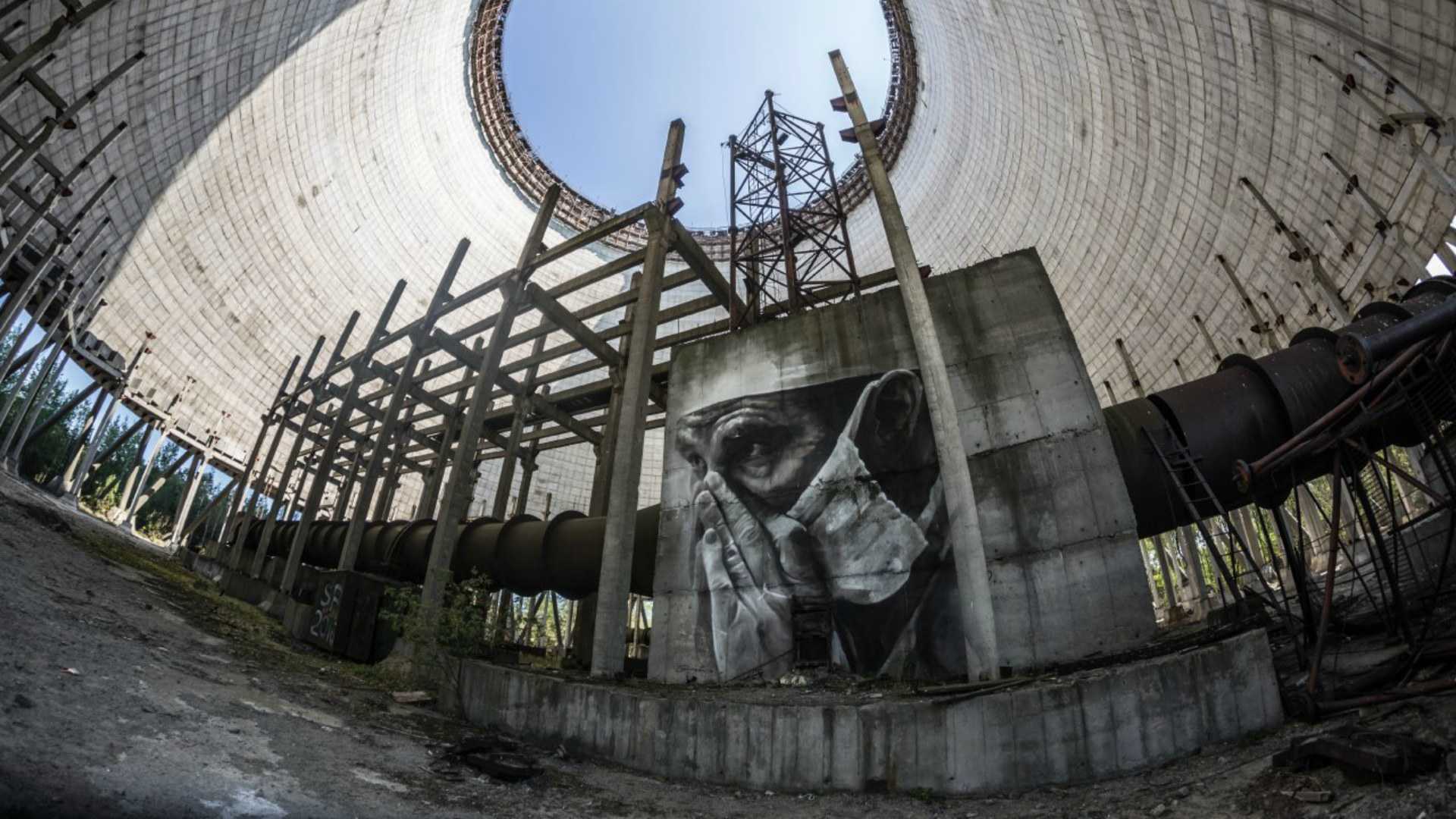 One day in Chernobyl will cost a tourist from 156 US dollars. The price includes food and drinks (lunch in the Chernobyl canteen). The tour can be attended by no more than 10 people. The program is quite intense. Departure from Kiev at 07:30am, return – at 06:30pm. During this time, tourists will see the city of Chernobyl, Pripyat, the Chernobyl nuclear power plant, the outside reactor and red forest; they will be taken to Doug River and finish the day with radiation control on their way back to capital.

Foreign tourists are offered to walk around the city center and visit all kinds of Ukrainian restaurants and cafes with a detailed story about the history and culture of Ukrainian gastronomy. Here you will taste Ukrainian borsch, dumplings, Chicken Kiev, and Kiev cake. 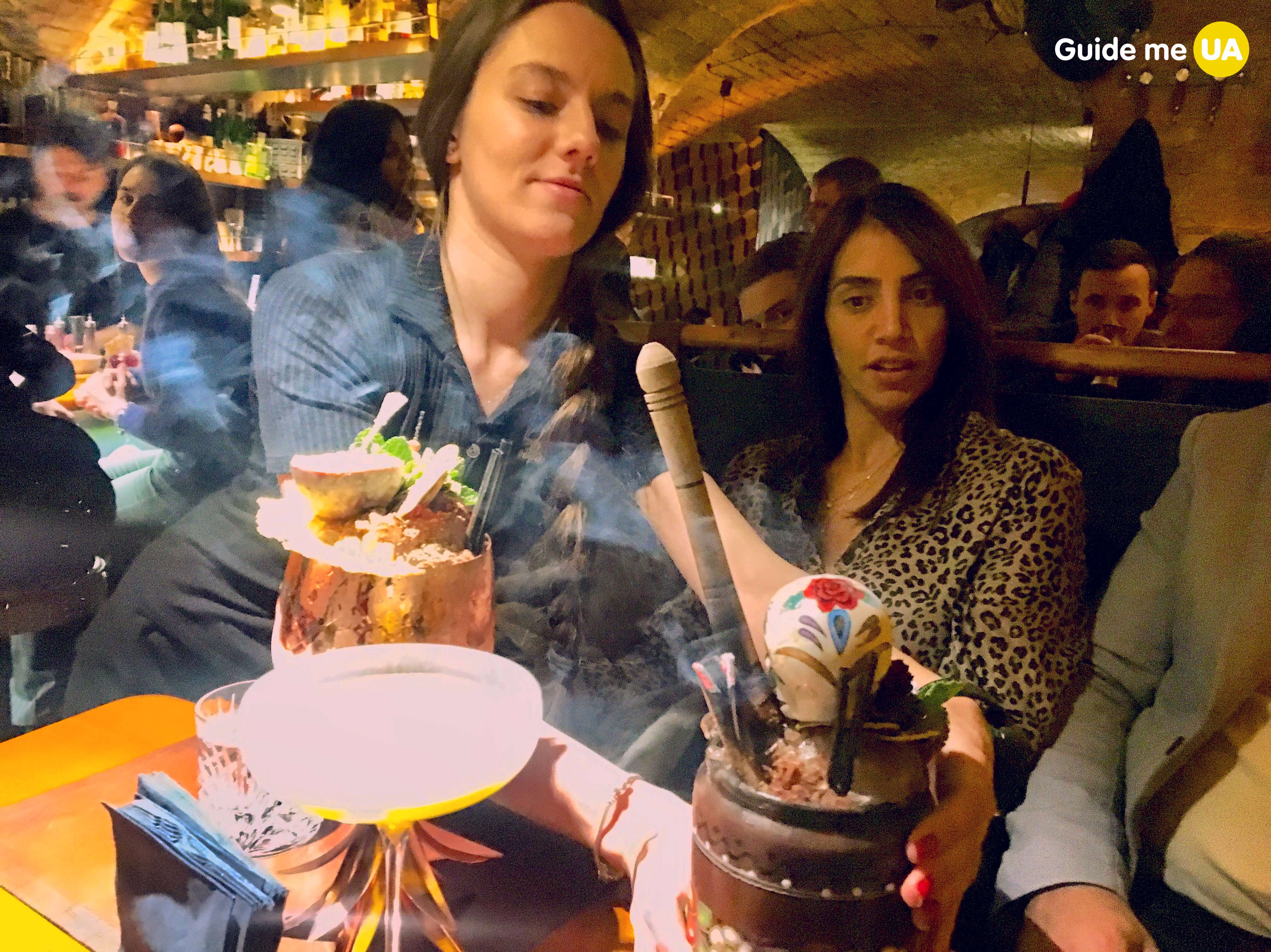 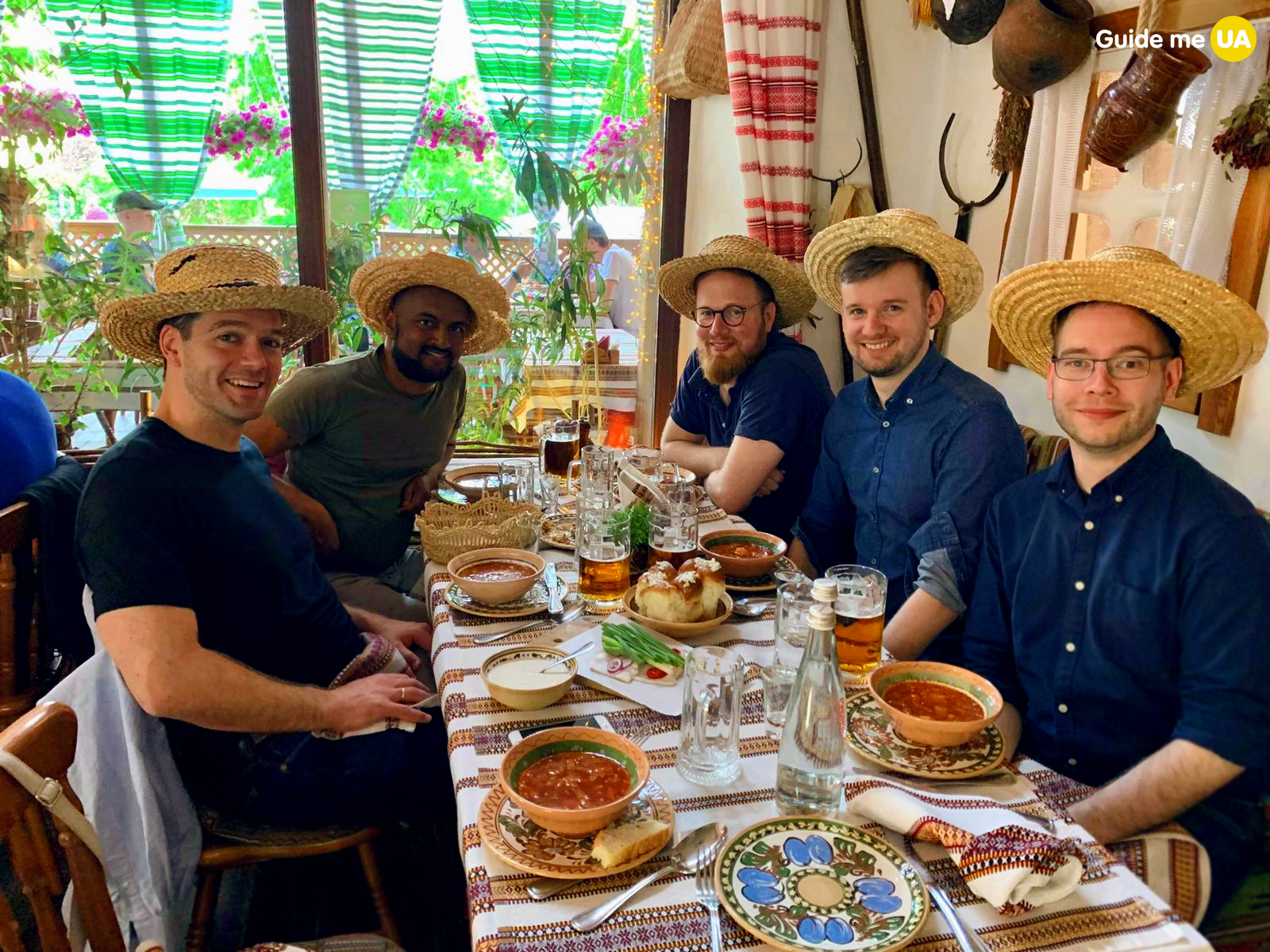 St. Sophia Cathedral is the oldest of the Kiev churches. Visitors can enjoy mosaics and frescoes from 1017-1031 – the period of construction of the cathedral. Make sure to climb the top of 76-meter bell tower, which offers a circular panorama of the historical part of Kiev.

Kiev-Pechersk Lavra. The largest Orthodox shrine of the country was founded in 1051. Today it is 28 hectares of churches, streets and gardens of the monastery. The most exotic part of Lavra is the underground passages with the mummified bodies of monks. 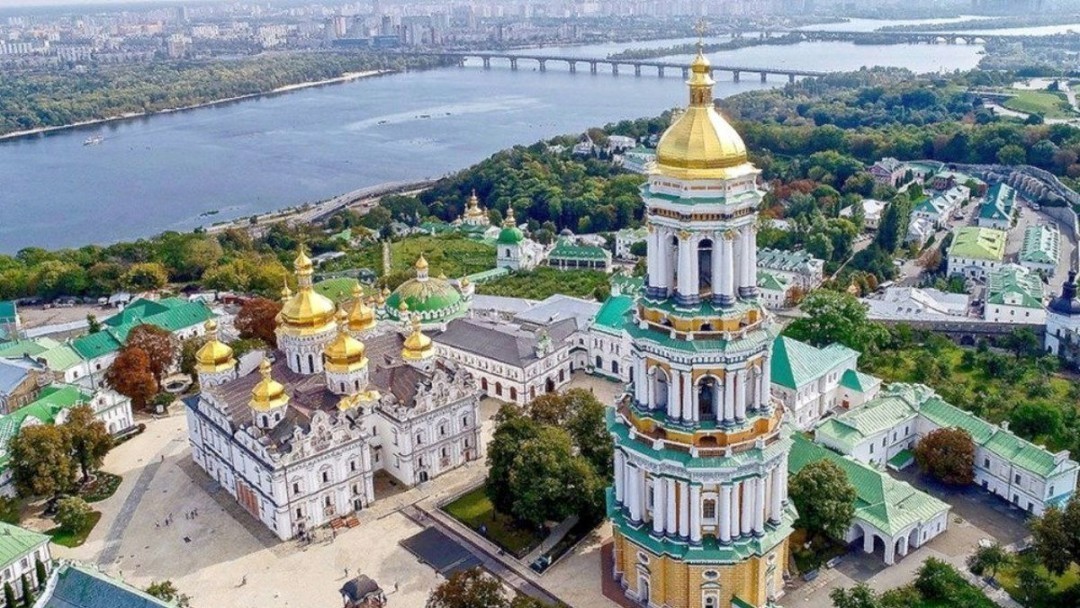 Independence Square in Kiev. “Whether it’s a holiday or a revolution, when Ukrainians want to get together – and they often do it – Maidan becomes a meeting place,” this is how Lonely Planet describes the country’s main square.

Perhaps these are the main attractions that local guides will tell you about.

You can find all the Tours in Kiev and Lviv here – link. 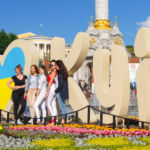 How to pronounce Kiev / Kyiv – Advice from Resident of the City