Top
The Caribbean Club in Kiev or Where to Spend the Night – Kiev Private Tours
fade
4571
post-template-default,single,single-post,postid-4571,single-format-standard,mkd-core-1.1.1,mkdf-social-login-1.1,mkdf-tours-1.3,voyage child theme-child-ver-1.0,voyage-ver-1.3,mkdf-smooth-scroll,mkdf-smooth-page-transitions,mkdf-ajax,mkdf-grid-1300,mkdf-blog-installed,mkdf-header-standard,mkdf-sticky-header-on-scroll-up,mkdf-default-mobile-header,mkdf-sticky-up-mobile-header,mkdf-dropdown-default,mkdf-light-header,mkdf-fullscreen-search,mkdf-fullscreen-search-with-bg-image,mkdf-search-fade,mkdf-medium-title-text,wpb-js-composer js-comp-ver-5.0.1,vc_responsive 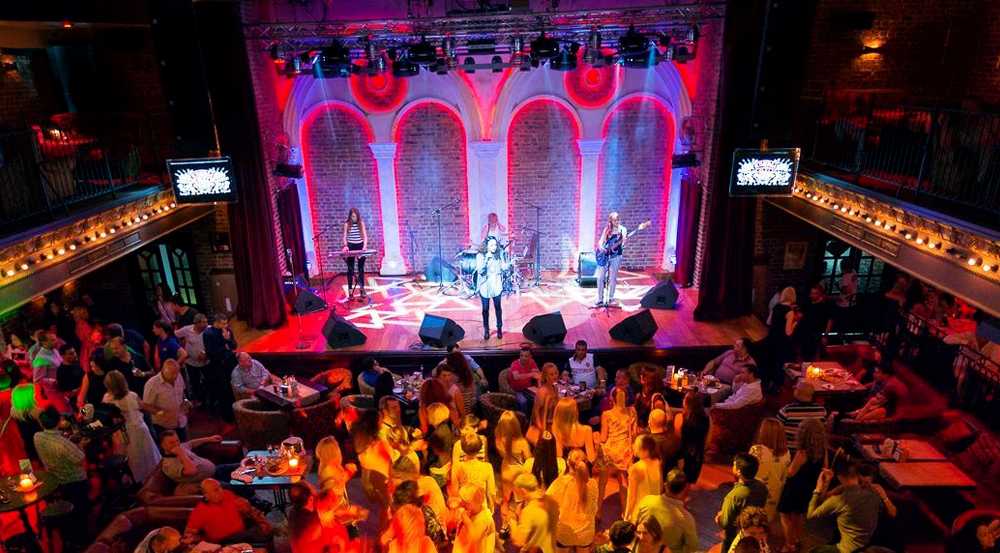 The Caribbean Club in Kiev or Where to Spend the Night

Nightlife in Kiev is no less interesting and crowded than life in the daytime. As soon as Kiev plunges into the twilight, the atmosphere of the city illuminated by neon garlands gets rather romantic. Young people meet at the entrance to nightclubs and entertainment centers of night Kyiv. The main item of nightlife in Kiev are Kiev nightclubs. All kinds of karaoke bars, gaming centers, cinemas, discos offer nightly entertainment. Night Kyiv means disco with light music by famous DJs, special night shows prepared by nightclub organizers for sophisticated nightlife cougars in Kiev. The main nightclubs are: CHI, Sky Bar, Dali Park, L8, De Lux and of course The Caribbean club.

Walking in the night Kyiv

Night Kyiv in the light of neon lights is unforgettable sight. It is possible to book excursions to the night Kiev to fully enjoy its nightlife or even a tour to the best Kiev bars and nightclubs.

There is no doubt that Independence Square (Maidan Nezalezhnosti) is one of the brightest places in Kiev. It is always full of lights and spotlights. In addition, if you happen to see the fireworks during the holiday at this square – this is the most memorable sight.

In the spotlights, the St. Sophia Cathedral greatly impresses with special majesty and beauty.

Those who want not to simply walk the streets of evening Kiev but party to fullest should definitely visit wide variety of Kiev nightclubs.

There are many nightclubs here. Everyone can choose a nightclub for his taste and budget. There are also nightclubs in Kiev, where for example they play not popular club music, but music of the 90s or 80s. 90’s or 80’s parties are often held here.

There are also rather pretentious establishments, such as CHI, where you will be examined from your head to foot – to see whether you match the dress code. 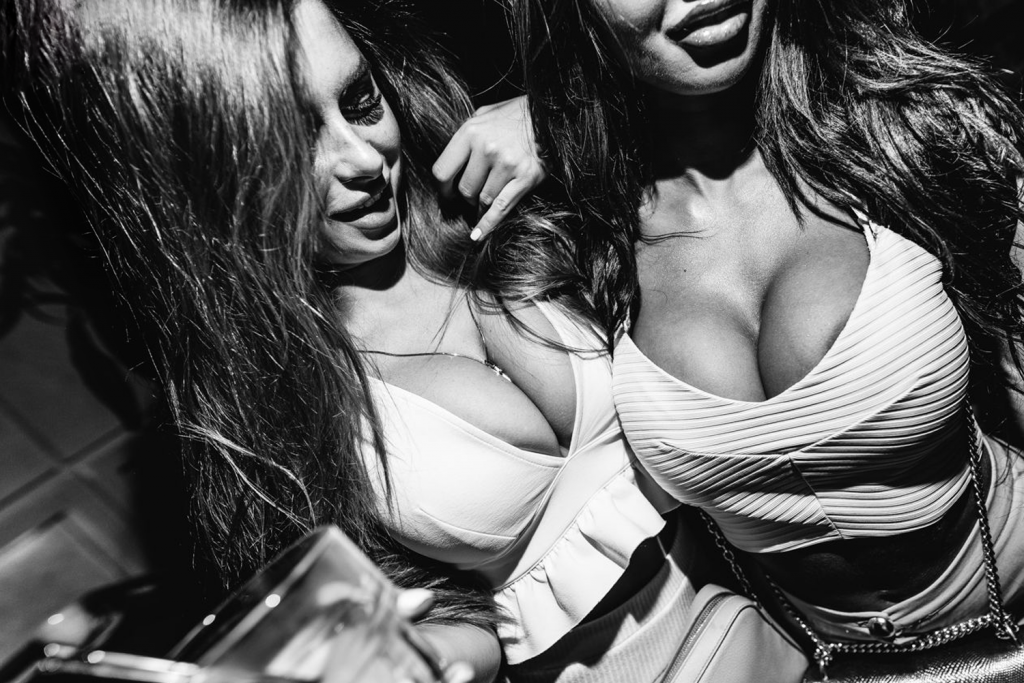 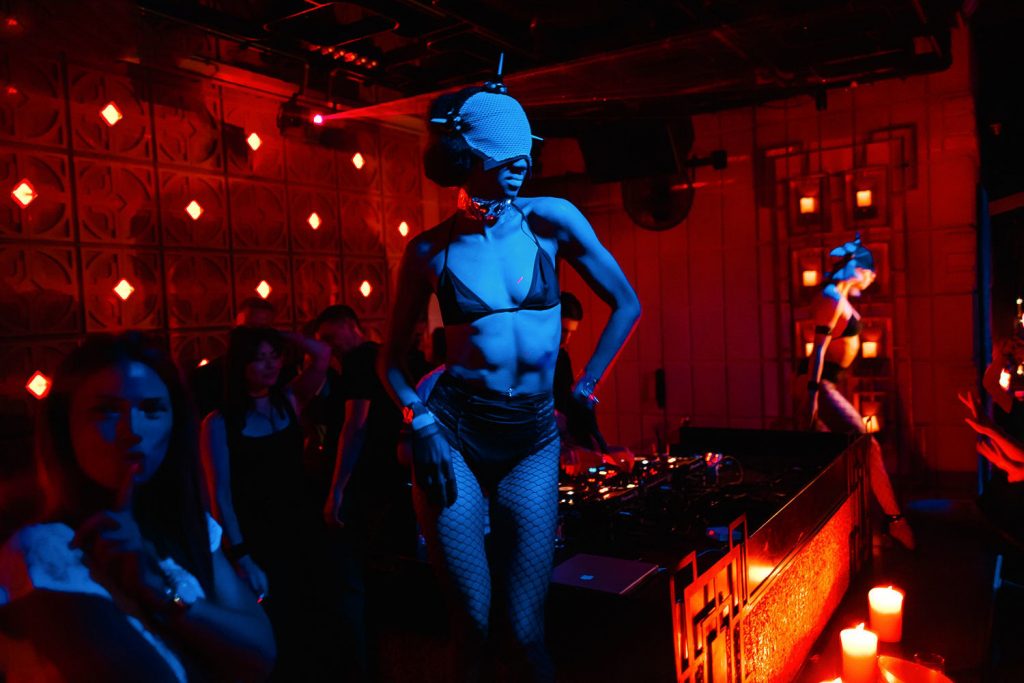 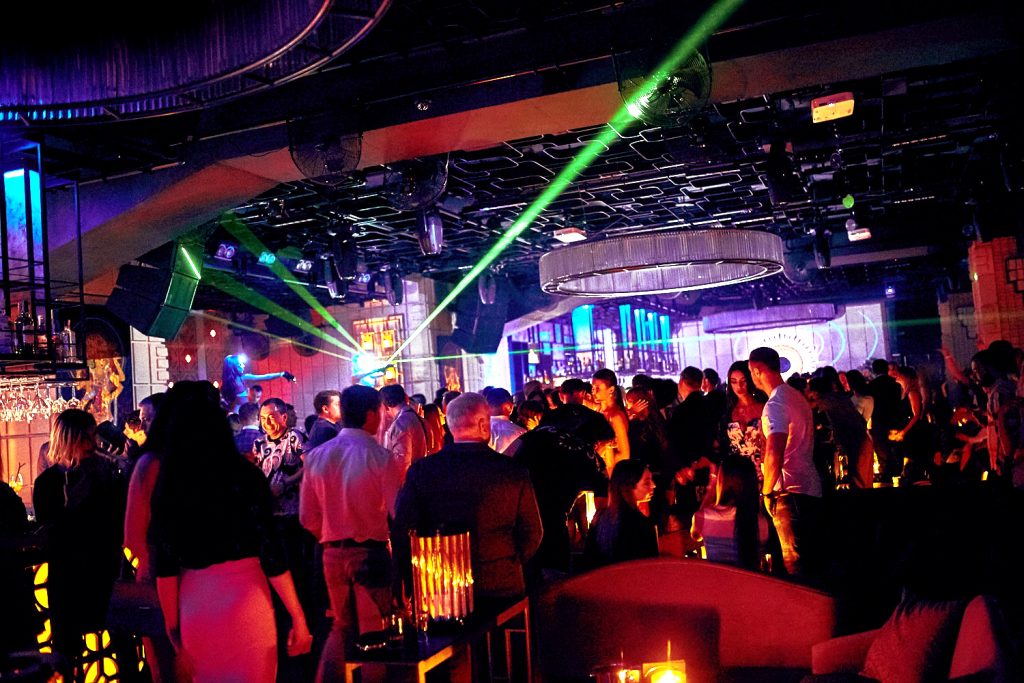 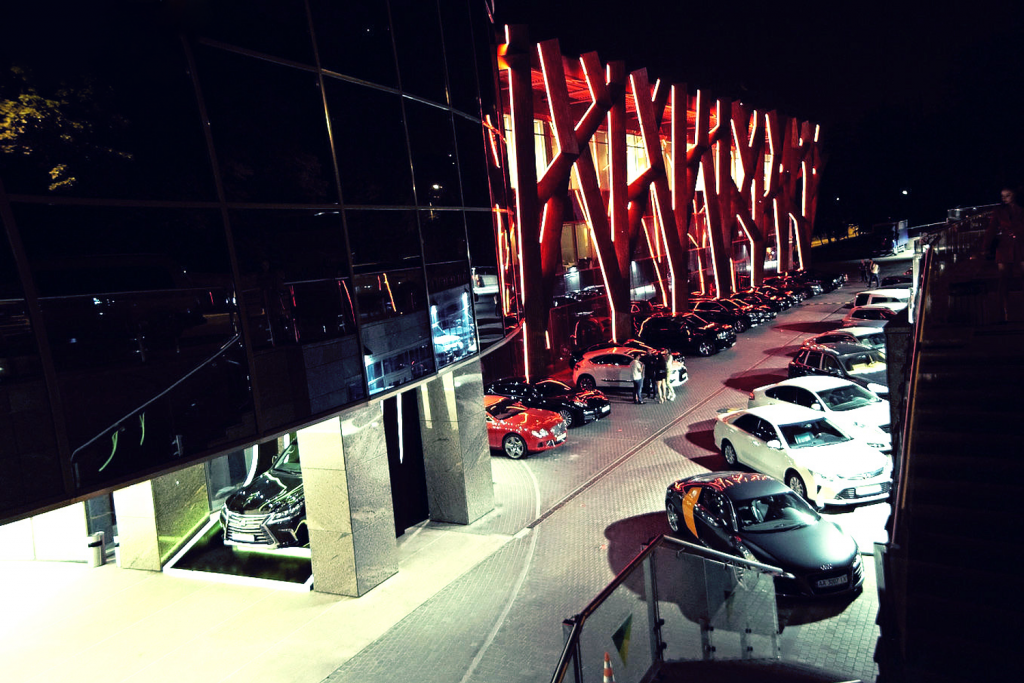 The Caribbean club in Kiev

The Caribbean Club, another popular Kiev nightclub, one of the oldest and cult clubs in Kiev was founded in 1998. Right after the opening, the club gained the reputation of a place with a unique atmosphere, quality music and friendly attitude of the staff. The club was always very popular among foreigners.

Reincarnation of the club took place in January 2013 – now it is not only nightclub, but also cozy concert hall with great sound, light and professionally equipped stage. The best Ukrainian and foreign performers have immediately chosen this place as their regular Kiev point.

About 15 years CARIBBEAN  has remained one of the best clubs in Kyiv. And plus it works 7 days/week and giving a holiday and a good mood to its numerous guests!

Few words shall be said striptease bars – there are pretty much of the latter in Kiev. Strip bars in Kiev can only be categorized on the principle of accessibility. Girls mostly dance topless, although there are places with full striptease on the stage. Moreover, in some clubs, the list of services can expand up to intimacy, and there are some establishments where intimacy is a standard offer. Unfortunately, striptease in Kiev establishments is still far from being art – so far, unfortunately, it is rather a marginal phenomenon.

Kiev is also rich in various bars, restaurants and cafes. Literally at every step in the city center one can see some establishment that joyfully opens its doors to all nightlife fans of.

Recently, speakeasy bars have become very popular. During the prohibition in the United States, speakeasy were illegal establishments (most often clubs or bars) for selling alcohol. Speakeasy establishments very popular in the 1920-30s during the prohibition. In 1933, the law was abolished, but the term came into use and is now used to characterize closed “underground” bars. Usually these bars have no sign (or very inconspicuous), they are not advertised (for example, do not distribute flyers in the streets). It is almost impossible to get there from the street. In Europe, institutions of this format have existed for a long time, in Ukraine and in particular in Kiev they just begin to emerge and cause great interest.

In Kiev, speakeasy bars trend is also gaining popularity. The secret bars of the capital are hidden in different parts of the city and offer original cocktails.

Pink Room Speakeasy is located in the center of the city and hides behind a handmade billboard, which was specially designed. Major theme of the establishment is silent cinema of the 1920s.

Secretive Hendrick’s bar is in the basement of one burger place; but we do not say what exactly –  look for yourself, this is the point.

Parovoz Speak Easy, one of the most interesting secret bars in Kiev, is located in the building of one of the cult cinemas in Kiev, you are sure to find it. The bar was established in 2002 and annually takes first place in the ratings of Kiev cocktail bars.

Loggerhead is one of the most inaccessible bars in Kiev. Its entrance is stylized as a transformer booth and is located in an arch on one of the central Kiev streets.

And finally, talking about nightlife – it’s important not where, but with whom and how. In general, the night Kiev is full of opportunities for recreation and entertainment.

Do you feel a little lost in a foreign city?

We offer you to dive into the nightlife of Kiev with locals who know the best places and with whom you will feel safe. We have three options for your evening entertainment: 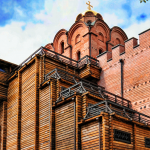 Why it is worth seeing The Golden Gate in Kiev 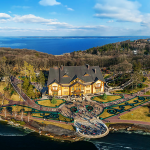 Kiev Tour to Mezhyhirya. The Most Popular Destination in Kiev!