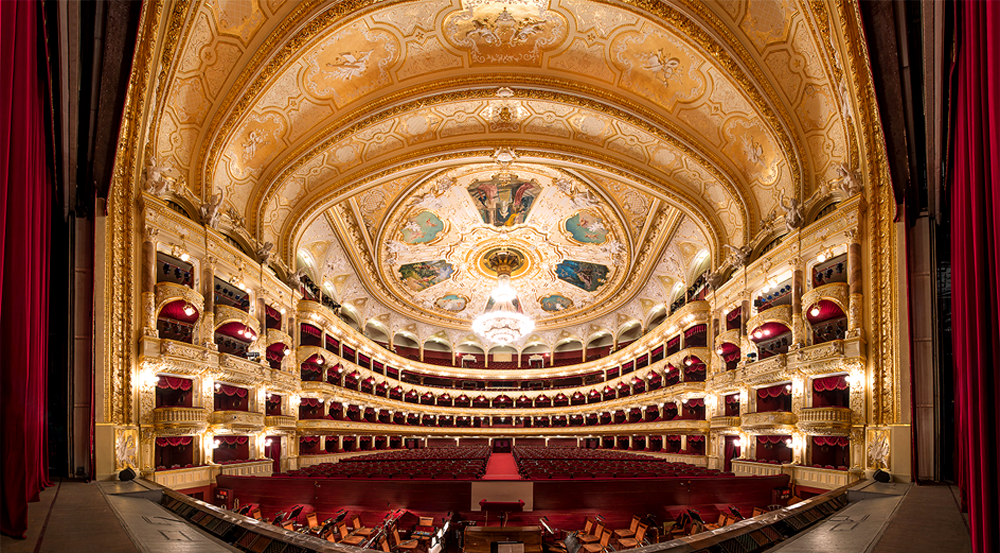 The company “Google Ukraine” in cooperation with the Ministry of Culture has digitized five theaters in different cities of Ukraine and created a special website called Opera theaters of Ukraine.

In particular, one can take 3D tours around the following Ukrainian theaters:

3D-Tour to the Best Ukrainian Theatres

And now let’s take a closer look at the 3 theaters located in the most visited by foreign tourists cities.

The National Opera is 150 years old. During these years it has experienced a terrible fire, wars and finally received a building built 116 years ago by the project of Victor Schreter, who did not live another couple of months to see the opening. 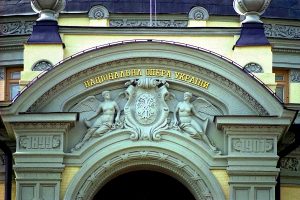 The Kiev Opera has long been a symbol of Kiev.

For the Kyiv Opera the consequences of the fire were disastrous. The theatrical season of 1895-1896 was opened with the opera “Eugene Onegin” and it also sadly closed it. Then they even talked about the fatal ghost of the opera that destroyed the building.

Fortunately, nobody was injured during the fire. But the city authorities decided to revive the opera house.

Project by academician Victor Schreter, the chief architect of the Imperial Theaters, was selected out of the 18 best offers. The estimate was 400 thousand rubles.

The creation of Victor Schreter is an incredibly beautiful building in neo-Renaissance style. The architect took care of the comfort for both actors and spectators, created exquisite interiors, combining two styles – classical and so-called “Viennese modern”. 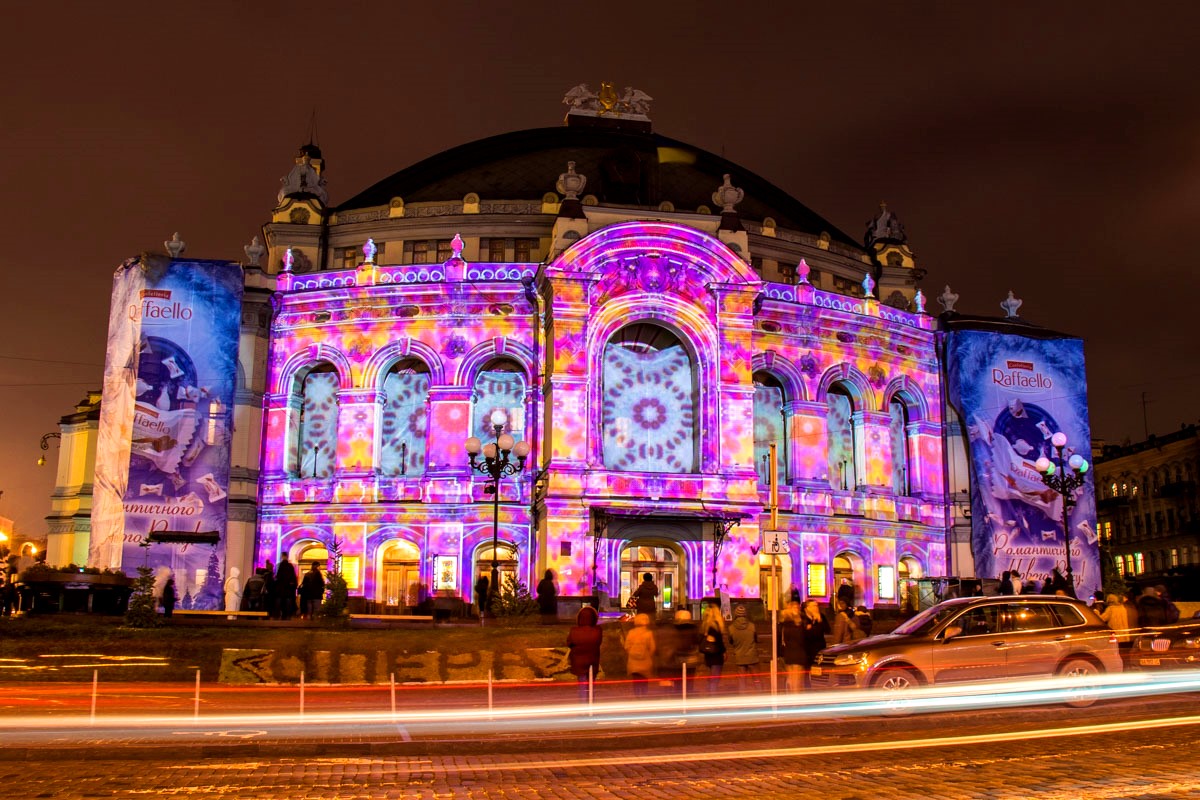 After two reconstructions, which took place in 1935 and 1988, when several inconvenient places were dismantled and the expansion of the orchestra pit took place, the theater has a little more than 1,300 seats.

Premises of the theater were equipped with the latest technology; as a result today you can see the best performances of the capital not only in the most beautiful Kiev theater, but also in one of the most multifunctional and convenient ones, it is a complete pleasure!

And the most stunning thing is that the price for the best seats on the balcony opposite the scene is only 10 euros for the ticket. The maximum price during a prime can reach 20 euros. 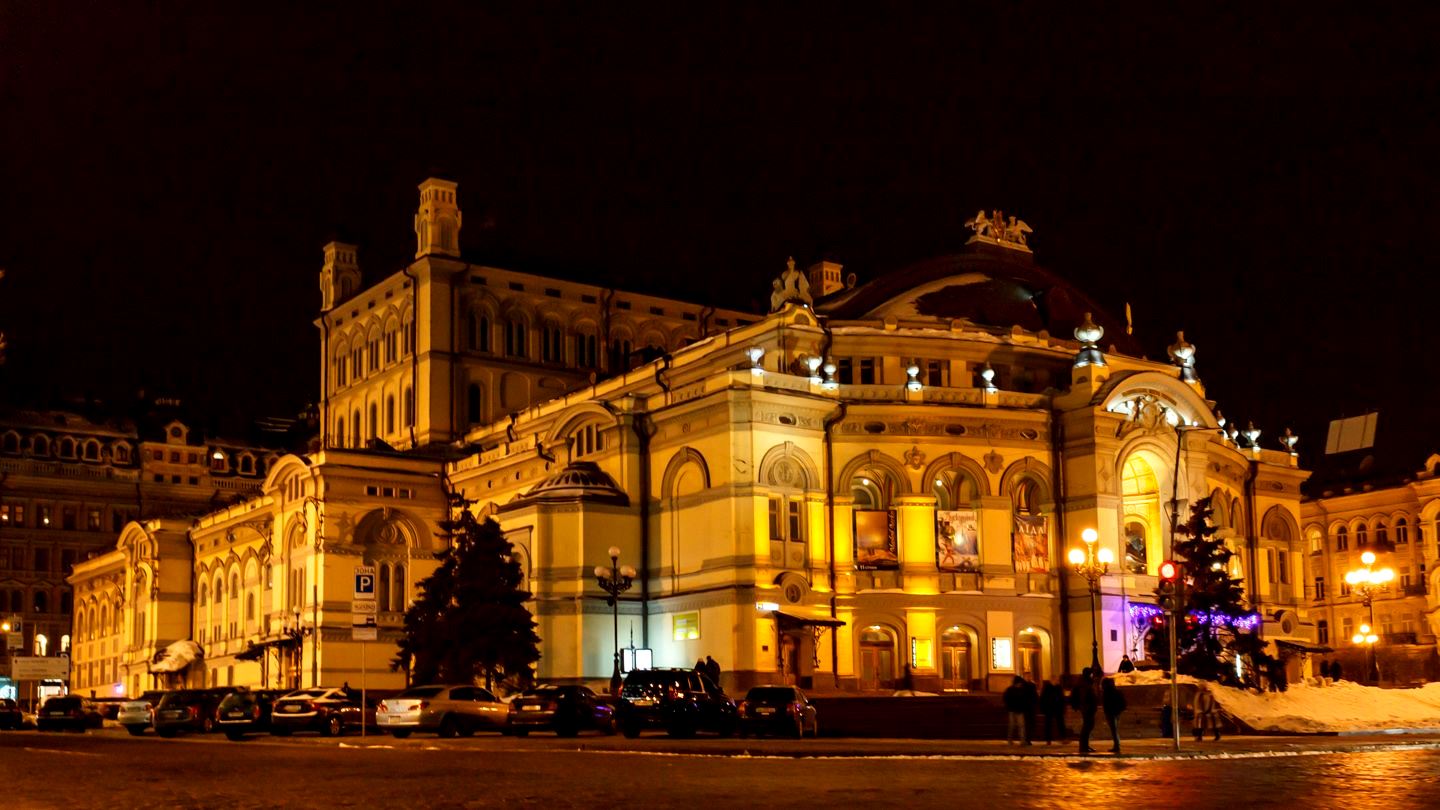 By the way, National Opera of Ukraine is included in Old Town Tour by Guide me UA, to order it, you can follow this link.

125 years ago, the Odessa Opera House opened in a new building that is still used today. Initially it was built on the initiative of the mayor Armand-Emmanuel de Vignerot du Plessis, Duke de Richelieu; it was built upon the project of St. Petersburg architect Thomas de Thomon. It was opened on February 10, 1810. A snow-white building looking like an ancient temple was capable of housing up to 800 people. 64 years later the city theater, as it was formerly called, was completely destroyed the fire. 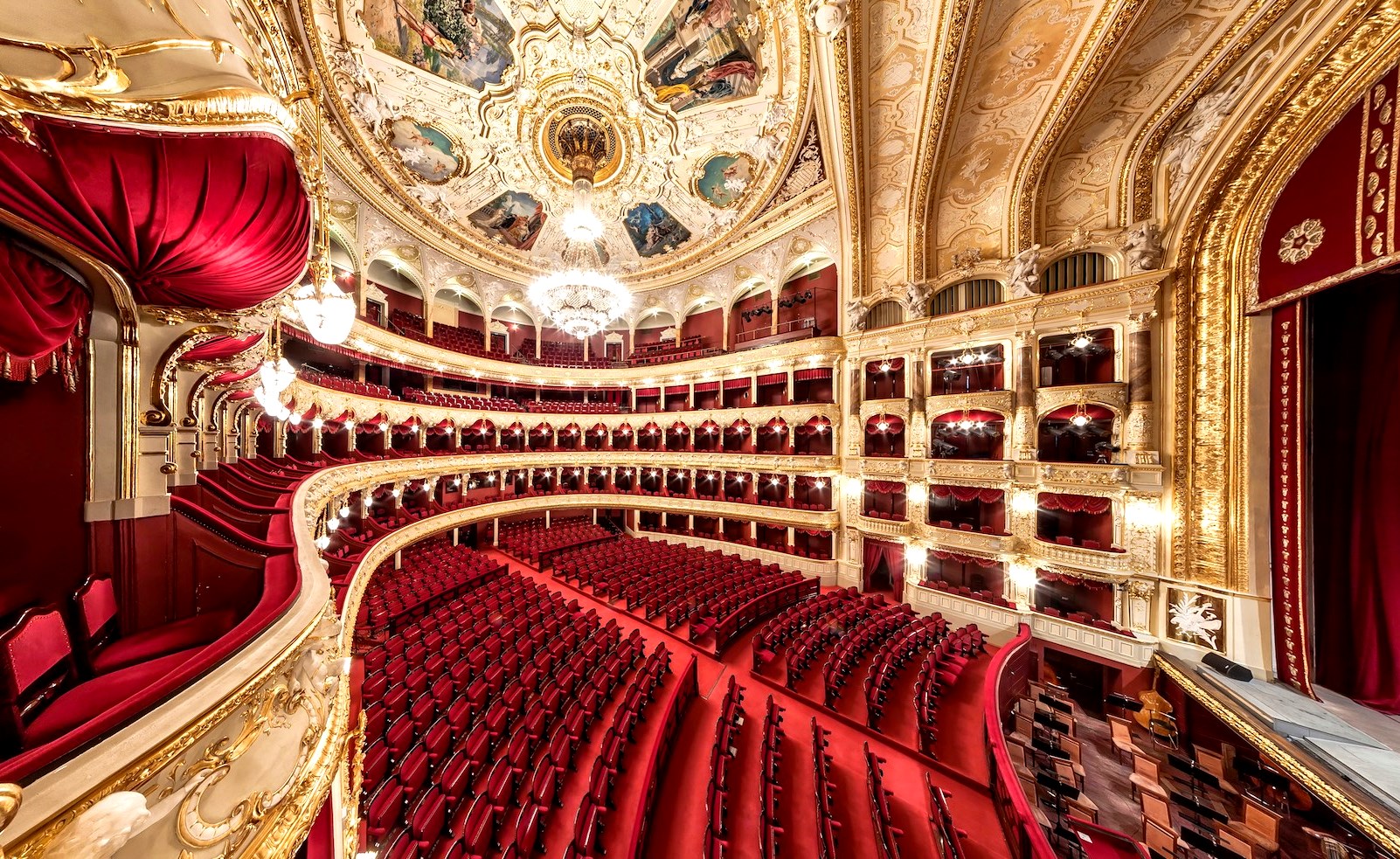 The construction of the new building was entrusted to the Viennese architects Ferdinand Fellner and Hermann Helmer, who have already constructed the Melpomene temples in Vienna, Budapest, Dresden and other European cities. As a result, in a record time – in three years – a miracle of architecture has grown in Odessa. The example for the Odessa Opera was the Dresden Theater of the architect Gottfried Semper, built four years earlier: it was special for its unconventional form of foyer same as the bend of the auditorium.

It is interesting that during the construction of the theater the Viennese architects did not even come to the South Palmira; they only gave the builders the necessary papers. Having arrived to take part in the opening ceremony, Fellner exclaimed that this theater is “the best in the world”! To this day, Odessa Opera House is in the top five most beautiful theaters in the world, and recently Forbes magazine included it in the list of 11 most interesting sights of Eastern Europe. 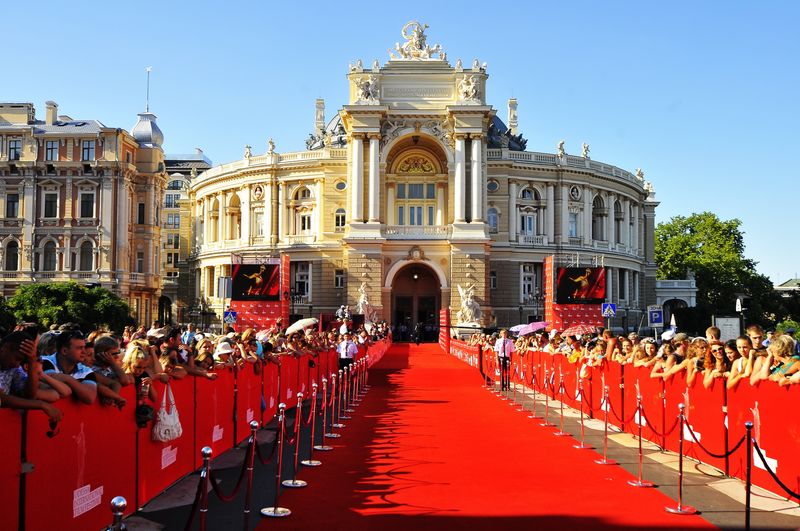 Lviv Opera House is a must-visit place for all tourists and guests of the city. If you do not want to see the  opera or ballet, then at least you can see the facade of the building. 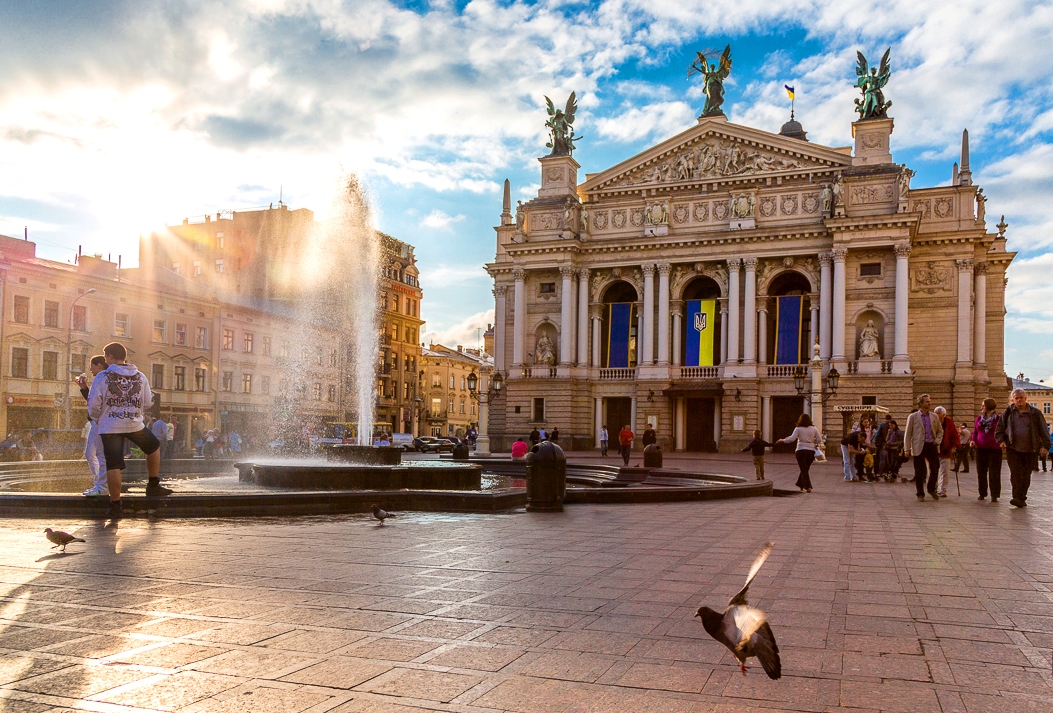 This is one of the most beautiful theaters not only of Lviv, but of all of Europe. By the way, this building was built in just three years and it opened its doors in 1900. Even more impressive is this date, if you specify that for the construction of the theater they have specifically changed the natural course of the Poltva River. Now it flows under the Lviv cobblestone.

In addition to visual beauty, in the Lviv Opera House you can enjoy high-quality operas, operettas and ballets: pure sound of the cast of actors and perfect and sharp movements of dancers. 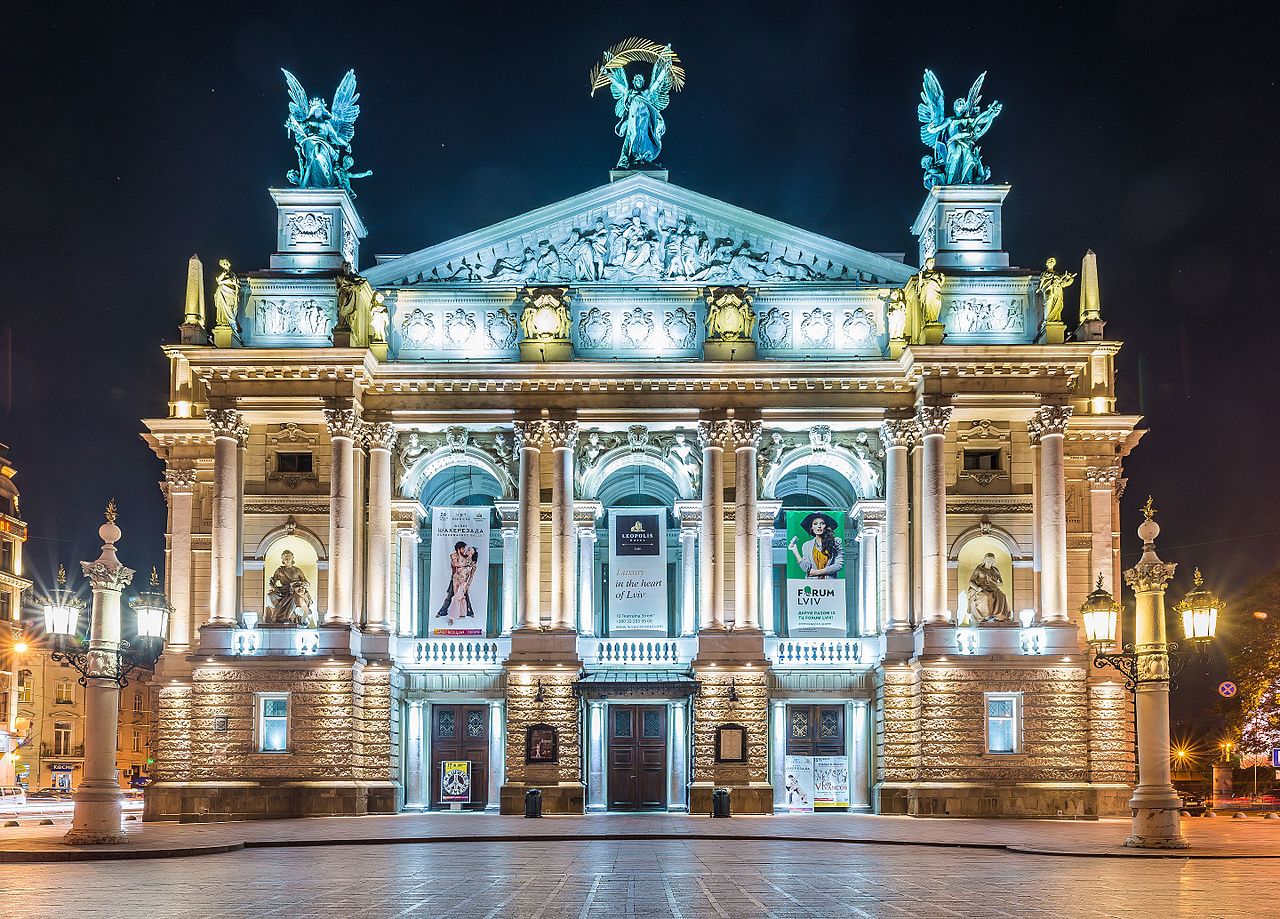 The repertoire of the theater is made up of the best examples of Ukrainian and European musical art: operas Aida and Traviata by Giuseppe Verdi, Carmen by Georges Bizet, Madame Butterfly by Giacomo Puccini, Orpheus and Eurydice by Christoph Willibald Gluck, Ukrainian opera Cossack beyond the Danube by Semen Hulak-Artemovsky; Ballet “Swan Lake” by Petr Tchaikovsky, “Giselle” and “Corsar” by Adolphe Adam, Don Quixote by Ludwig Minkus, “Romeo and Juliet” by Sergey Prokofiev…

Watching opera or ballet in the Lviv Opera House will be one of the brightest memories and you will definitely want to see it again. 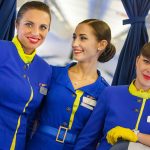 Flights to Ukraine. When and Where to buy Tickets 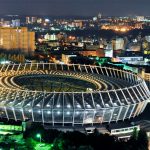