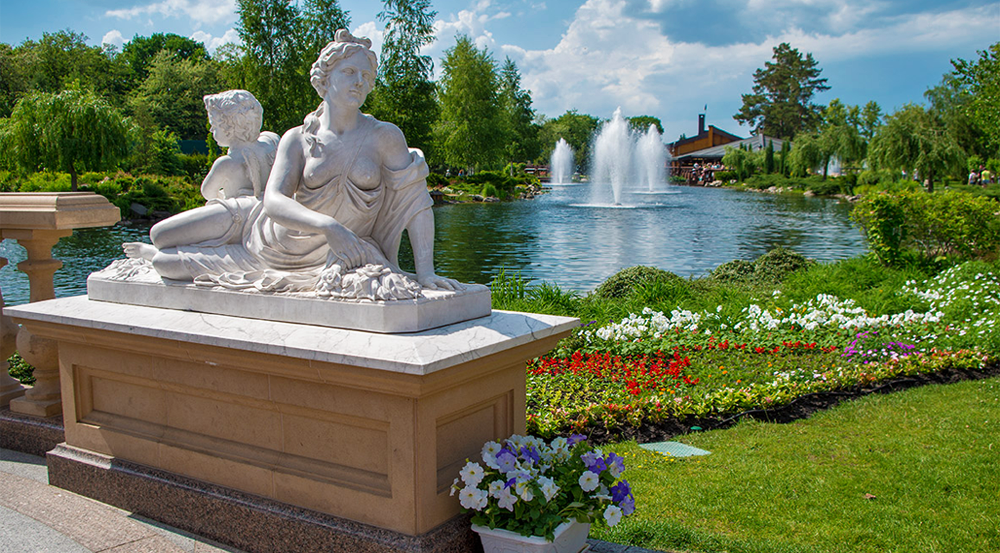 Mezhyhirya, the museum of corruption, that has recently become popular with tourists in Kiev, is rightfully considered one of favorite places for recreation in Kiev.

“It’s like Versailles. However, this is not France of the 17th century, but modern Ukraine. Surprisingly, such palaces and parks on a vast territory were designed for one person not in the days of absolutism, but in a European country of the 21st century, in the country that is believed to be democratic”, – says Marco, tourist from Italy.

He is one of numerous visitors of Mezhyhirya, the former private residence of Ukrainian President Viktor Yanukovych. In February 2014, Yanukovych’s escape from Mezhyhirya and ongoing return of this luxurious estate to state became the finale of the Revolution of Dignity. Three years later Mezhyhirya is one of the main tourist sites of the capital and, perhaps, of all Ukraine.

“Yes, the influx of visitors is truly impressive. On weekends, when there is no rain, thousands come here, – says one of the merchants who works in the residence. – Earlier it seemed that Mezhyhirya would be empty after all the curious Kiev locals come here once. Nevertheless, we see that even today many visitors from other cities, refugees from Crimea and Donbass as well as foreign tourists come here. Moreover, some residents of Kiev regularly come here.”

Marco Rodriguez, tourist from Mexico, is amazed with his excursion to Mezhyhirya:

“It’s really impressive. It is here that you understand how necessary EuroMaidan and Yanukovych removal from power were. All that was built using the stolen money! Today I saw all that for the first time, walked with family and my children, and even enjoyed a picnic on the golf course.”

What can Ukrainian society boast today? What can cause interest in Europe and the world? It is the fact that in a bloody struggle Maidan forced the dictator-tyrant to escape. What is the symbol of this victory? First of all, the Maidan itself. But after the big cleaning and “mopping-up” the remaining “revolutionaries”, the central square of Kiev does not much remind the revolutionary Maidan, which was in the center of attention of the whole world in November-February 2013-2014. However, the nationalized residence Mezhyhirya is a real symbol of the victory of EuroMaidan. You can see it with your own eyes, take a picture, and touch it with your hands.

Conclusion: such a tourist destination as Mezhyhirya should be popularized in every possible way, developing its hospitality infrastructure and transport connection with Kiev. With the right approach the most closed and mysterious high security facility in the past, Mezhyhirya can become a real Mecca for tourists for many years and even bring revenue to the state.

Mezhyhirya is located in the village of Novye Petrovtsi, Vyshgorodsky district, Kiev region. The population of the village is over 7.7 thousand people. There are many prestigious cottages of business and management elite of Ukrainian capital.

For a small group, one can hire an English-speaking guide who will tell you many interesting things, will take inside the house and give you a ride on electric car. For more information, click the link.

Club house, widely known as Honka object, was the main building of Yanukovych private residence. Journalists named it after Finnish company Honka, world leader in construction that uses environmentally friendly wood. In addition, the Germans were also involved in the construction. During 2009 and the first half of 2010, the cost of materials purchased for the construction of the house exceeded 76 million UAH (9.5 million USD).

All plants in Mezhyhirya park are with special cards with the name of the species and its peculiarities – just like in real botanical garden. Some are rather ordinary, and some are decorative and exotic. For example, olive trees were brought from the Mediterranean.

Mezhyhirya became one of the most popular places where Kiev newlyweds come photo session right after the marriage registration. On weekends, one can see several dozen pairs simultaneously posing for wedding photos.

Both on the territory and at the exit from Mezhyhirya you will be offered dozens of varieties of magnets and other souvenirs with the views of the residence, glorification of the Ukrainian Revolution of Dignity and laughing at Yanukovych.

Tourists in the residence often ask:

“Did he (Yanukovych) think he would live in these mansions, in stolen luxury, would walk in these huge parks until the end of his life?”.

Mezhyhirya should continue to be a tourist object, a kind of “museum of corruption”, and, perhaps, become a regional landscape park of national importance. After all, this story proves that sooner or later the thieves have to pay for their crimes. 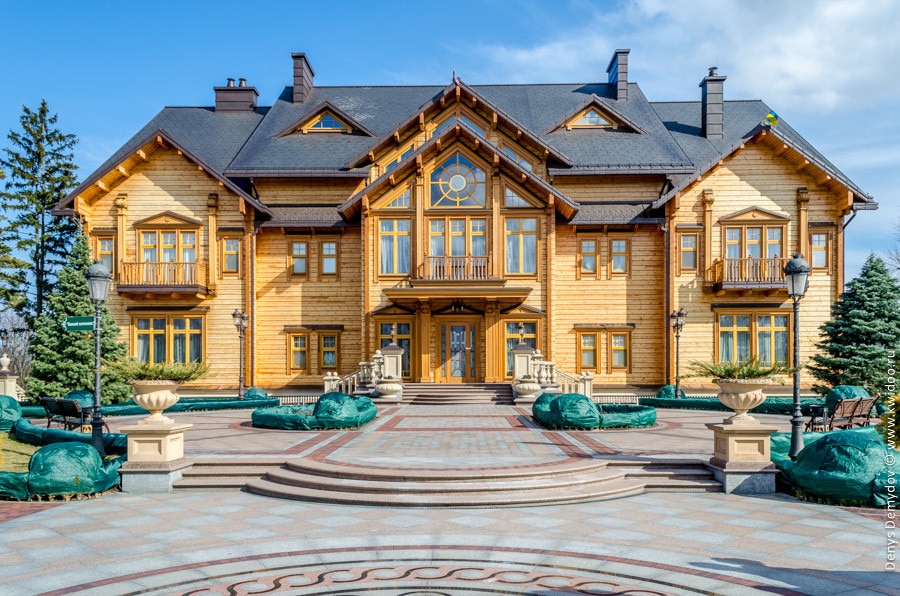 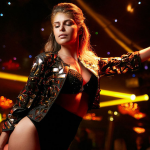 Kiev nightlife. Where to go and what to expect 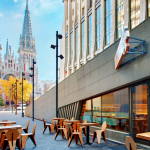 Places to visit in Kiev. Written by local