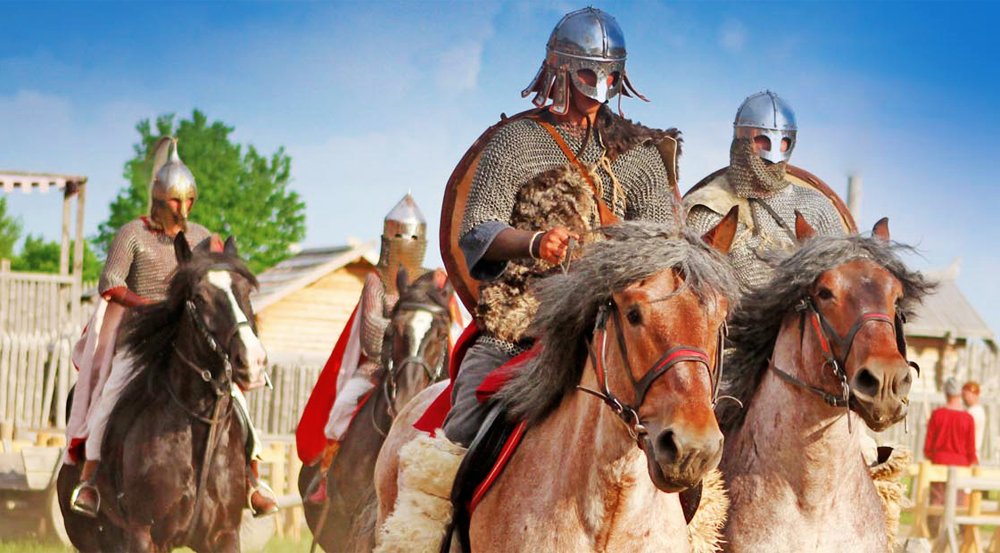 The history of Kievan Russia is quite long and complicated. Hypothetical date of the founding of Kiev is 482 AD, although there is no reliable scientific evidence of this. According to legend, the founders of Kiev, and perhaps its first princes, were Kyi, Schek and Horyv.

Back in the beginning of the 9th century, the countries surrounding the East Slavic world felt its military, diplomatic and trade activity.

In 882, Novgorod Prince Oleg united two most important Eastern Slavic political centers – Novgorod and Kiev. This act completes the lengthy process of political consolidation of the main core of the Eastern Slavs and the formation of the Old Russian state, which immediately joined the ranks of the largest powers of the medieval world.

In 902, Prince Oleg made a campaign against Constantinople, got his victory and in 911 a contract was signed, according to which the Byzantines paid taxes to Kiev and pledged to forge trade relations with it.

After the death of Prince Oleg in 912, Prince Igor got the prince’s throne, but in 945 he was killed by the Drevlian tribe who disagreed on increasing the taxes. The throne was taken by his wife Olga, who ruled Kievan Rus until 969. In 955, Princess Olga traveled to Constantinople, where she was welcomed by Emperor Constantine VII and Patriarch Theophylact.

According to the Byzantine chronicles, Olga adopted Christianity under the name Helen in honor of St. Helena, Equal to the Apostles. In 965, Prince Svyatoslav, son of Igor and Olga, made a military campaign against the Khazars, as a result of which the Khazar Kaganate ceased to exist.

In 970, Svyatoslav defined inheritances for his sons, according to which it was Yaropolk who inherited Kiev, Oleg got Drevlyan land, and Vladimir got Novgorod.

After the death of Svyatoslav in a fight with the Pechenegs in 972, the internecine war of his children began, as a result of which Oleg died in 977, and Vladimir fled from Kiev to Novgorod. However, in 980, the Kiev throne was occupied by Vladimir, who has killed his brother Yaropolk. The reign of Vladimir I of Svyatoslavovich, later called the Great (in the epic by Vladimir Red Sun) in Kiev lasted until 1015.

In 988, the Prince of Kiev, Vladimir the Great, adopted Christianity in Chersonesos, baptized 12 of his sons, and then the people of Kiev, declaring Christianity the state religion.

During the Kiev reign of Yaroslav Vladimirovich (1019-1054gg), later called Wise, Kievan Rus flourished: it reached the peak of its power as a feudal state. Yaroslav the Wise approved the first chronicle of laws of Rus – “The Truth of Rus”. Golden Gate in Kyiv by Yaroslav the Wise

Also, Yaroslav built the Cathedral of St. Sophia of Kiev, which has survived to this day.

The Cathedral of St. Sophia of Kiev, as the palladium of Kievan Rus, is one of the most outstanding monuments of the human spirit, architecture and fine art of Europe in the beginning of XI century.

Inside the cathedral, a unique collection of frescoes and mosaics has been preserved.

Kievan Rus quickly became an integral part of the then international community. There were especially close ties with the Slavic countries – Bulgaria, from where writing came to Rus, the Czech Republic, and Poland. At the end of X century – the beginning of the XI century, the Embassy of the Pope visited Rus. At the beginning of the XI century, Yaroslav the Wise made an alliance with the German emperor. He established ties with England. The sons of the English king Edmund lived for a long time in Kiev at the court of Yaroslav. One of the daughters, Anna, married French king Henry I, and the other, Elizabeth, became the wife of the Norwegian king Harald. The daughter of the last Anglo-Saxon king was married to the grandson of Yaroslav, Vladimir Monomakh. In the feudal world such dynastic marriages were recognition of the political power of Ancient Rus.

In the Middle Ages the main paths were waterways. Since ancient times, such important water arteries as the Great Volga Route “from the Varangians to the Arabs” and Dneprovsky “from the Varangians to the Greeks” were well known. Using these roads, Rus was connected with different lands and states. Merchants and goods from Rus were well known in Sweden, Denmark, Germany, eastern lands, Byzantium. Rus trade yards in foreign countries were a kind of “trade missions” of Kievan Rus.

The earth has reliably preserved the peculiar “business cards” of the wide trade relations of Kievan Rus for us. There are Russian masterpieces and various things that came to us from other lands in the treasure troves found in the layers of cities standing on the waterways. The life of people in the Middle Ages was full of dangers and surprises, so they tried to hide their wealth, but very often they could not return. A well-known hiding place is in the Church of the Tithes in Kiev and next to it is the largest treasure of Ancient Rus, which barely fit into two bags, consisting of golden vessels and gold and silver ornaments. Many treasures were hidden during the Mongol-Tatar invasion – we still find buried coins and things of that time buried in the ground, hidden in houses and in churches. And these things tell us about the achievements of craft and art of Kievan Rus, about trade relations with different countries and about the tragedy that the people of Rus experienced.

After the death of Yaroslav the Wise, the principality of Kiev was inherited by his son Vsevolod, after whose death in 1093 Sviatopolk, who died in 1113, became prince of Kiev.

In 1113, the Kiev throne was inherited by Vladimir Monomakh, the son of Vsevolod and Anna, the daughter of the Byzantine emperor Konstantin Monomakh. He continued the policy of his grandfather Yaroslav the Wise, trying to subordinate other princes to his influence. During his reign, the Kievan state became the largest state in Europe, whose lands stretched from the Baltic Sea to Taman. However, in 1155 the throne of Kiev was occupied by Yury Dolgoruky: for several years he was fighting with his nephew Izyaslav for it. This resulted in further weakening of Kiev.

In 1169, Andrei Bogolyubsky conquered Kiev and consolidated his sole rule, but he changed the capital of Kiavn Rus and moved the court to Vladimir. Kiev was looted by his troops and ceased to be the center and capital.

In the XI century, the steppes of today’s Ukraine are occupied by the Polovtsy, and in the XIII century there is an outflow of the population of former Kievan Rus to the east, where immigrants founded new cities (Zvenigorod, Vyshgorod, Galich, etc.)

In 1303, the Galician Metropolis was created, which covered six dioceses, which, according to the Byzantine chronicles, in 1395 was named Mikra Rosia – Small Russia (Little Russia) as opposed to Great Russia. The first stone church – Church of the Tithes

If you are interested in Kievan Rus period of Ukrainian history, we recommend you to visit in Kyiv: 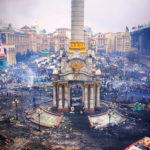 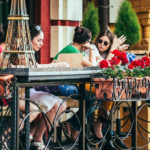 Is Kiev and Kyiv the same?