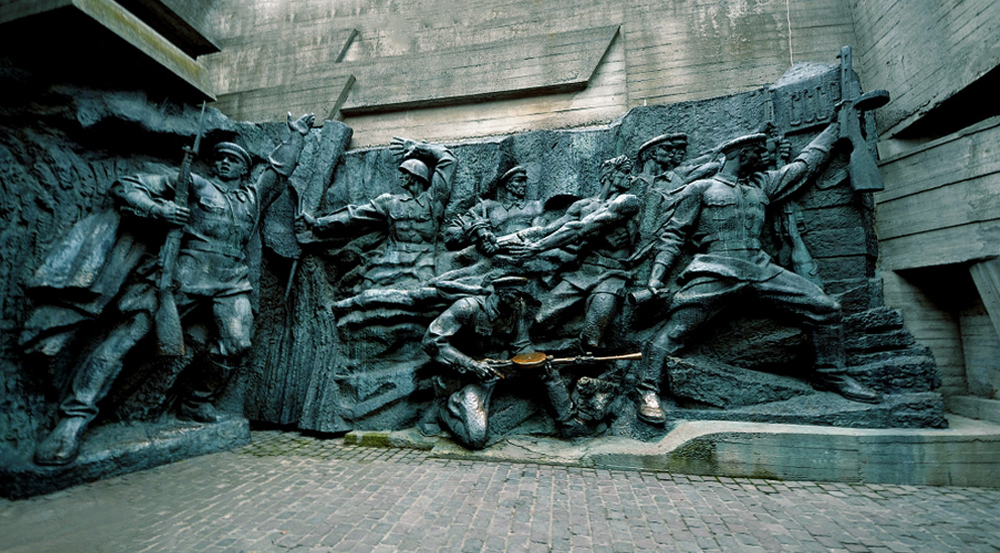 Kiev guide to the soviet past of Ukraine

Kiev city tour to the soviet past is about the history of Ukraine as a part of the USSR and about the places and sights which survived after the collapse.

On December 30, 1922, the Ukrainian Soviet Socialist Republic, by that time consisting of Right Bank Ukraine and Kiev, became the part of the USSR, and in 1927 the left-bank territories also became a part of the USSR.

Before the Second World War

In the 1920s, after the end of the Civil War, extensive involvement of locals in the Communist party and Soviet bodies was carried out, and the development of national and cultural aspirations began. As a result of the policy of “Ukrainization”, the number of Ukrainian schools and universities increased, and the Ukrainian language spread in earlier Russian cities. 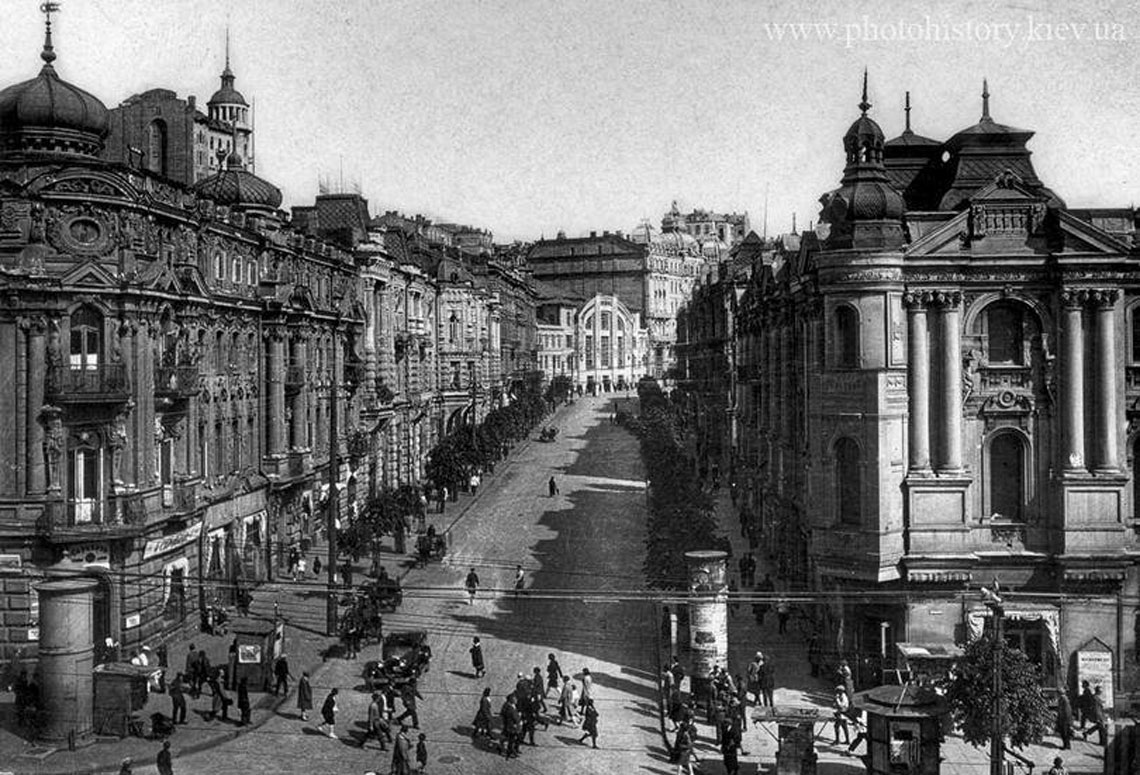 The Soviet government pursued the policy of Ukrainization under the slogan “national in form, Soviet in content,” but at the end of the 1920s the leaders of the Communist Party of Ukraine, which was criticized for its “nationalist bias”, began to change its political course. In the late 1920s, as a result of terror, Ukrainian representatives of the creative intelligentsia, administrative and technical cadres, and writers were repressed. Mass repression of qualified personnel in Ukraine began much earlier than in other regions of the USSR.

At the beginning of the 1930s, the peak of the struggle against “Ukrainian bourgeois nationalism” occurred; repressions against the Ukrainian peasantry were carried out, as they resisted the policy of collectivization, which in practice meant peasants became serfs of the state.

Mass repression of the 1930s in Ukraine set the local population against the Soviet power, which was associated primarily with Russia.

The consequence of the anti-peasant policy pursued by the Soviet authorities in 1932-1933 in Ukraine was the infamous famine, whose victims were 7-10 million people, that is 10-25% of the population of Ukraine.

In 1988, the US Congress Commission, as well as the international commission, recognized the Ukrainian Holodomor as the act of genocide.

In 1932, the Kiev region was formed, and in 1934 the capital of the Ukrainian SSR was moved from Kharkov to Kyiv. 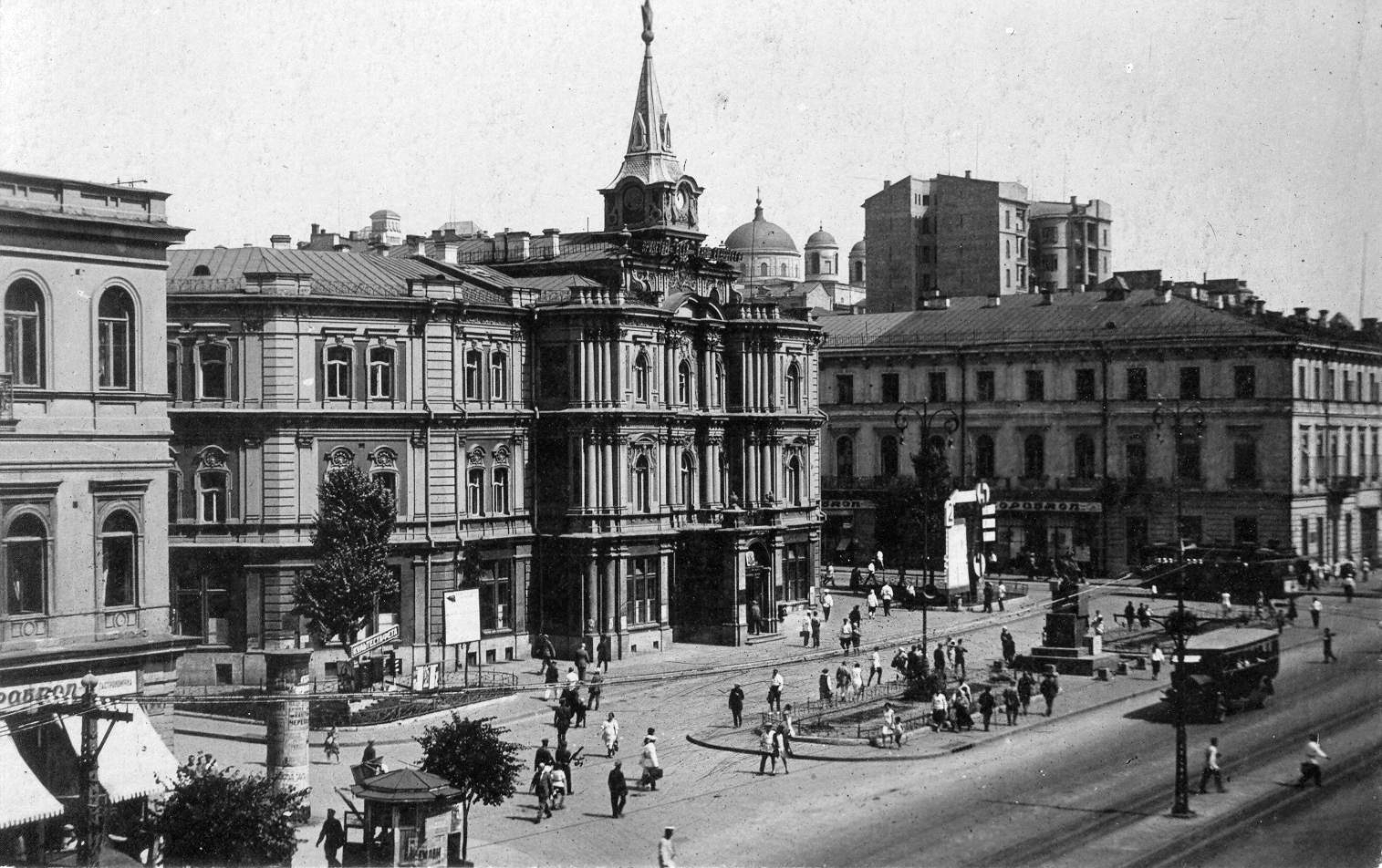 However, the 1930s in Ukraine were highly controversial – collectivization, famine, industrialization and creation of the largest industrial centers.

At this time in the territory of Western Ukraine, which became part of Poland, a policy of colonization was carried out. Polish settlers, mostly from retired military men, along with their families settled on the best lands selected from Ukrainians.

In 1926, Jozef Pilsudski came to power in Poland; he established authoritarian regime (known as “sanation”) and pursued a policy of “cultural suppression” of national minorities, which in 1930 grew into a massive repression against the Ukrainian population of Galicia and Volyn. More than 2,000 people were arrested, Ukrainian organizations were closed, and about 500 houses are burnt. In 1932, the League of Nations condemned the actions of the Polish government towards the Ukrainian people.

In response to abovementioned ethnic arbitrariness, in Western Ukraine, the Organization of Ukrainian Nationalists (OUN) was formed, which began underground struggle against the Polish authorities. The OUN members killed Interior Minister of Poland Bronislaw Peratsky, who was a supporter of harsh measures against Ukrainians.

October 26-28, 1939, the People’s Assembly of Western Ukraine adopted a “Declaration on the restoration of Soviet power in Western Ukraine, its inclusion in the USSR and reunification with the Ukrainian SSR”. However, in reality the fate of Western Ukraine was resolved by the Molotov-Ribbentrop Pact, signed on August 23, 1939, according to which on Sept. 17, 1939, the troops of the Soviet Union entered the territory of the II Rzeczpospolita and annexed its western lands.

June 28, 1940, the troops of the Red Army also entered the territory of Bessarabia, which by that time was a part of Romania, and in November the Bessarabian counties Izmail, Akkerman (Belgorod-Dnestrovsky) and Khotinsky were annexed to the Ukrainian SSR.

During the Second World War

In 1941-1944, Ukraine was occupied by fascist Germany; those years, more than 4 million people died.

During the Great Patriotic War, the whole territory of Ukraine was occupied by the troops of the Axis powers – German, Hungarian, and Romanian. At the beginning of the war, Ukrainian nationalists attempted to create an independent Ukrainian state, but the occupiers took it extremely negatively. 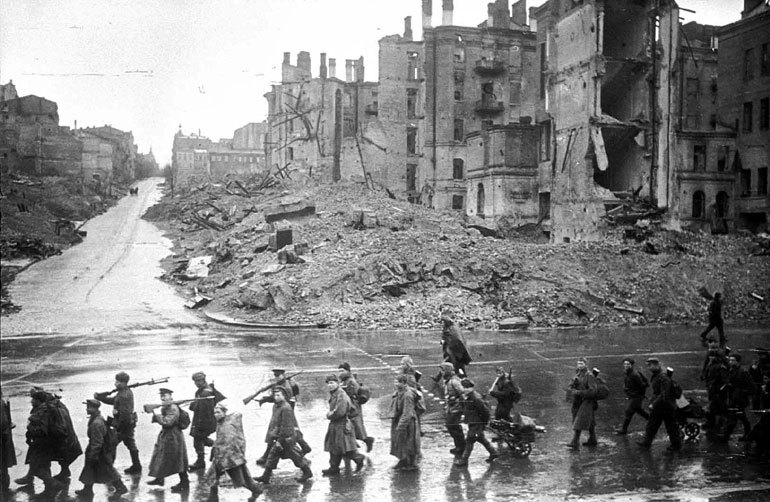 Khreschatyk street – DURING the WAR

A number of active figures of the nationalist movement were shot by the Gestapo, others, including Stepan Bandera, were placed in concentration camps. 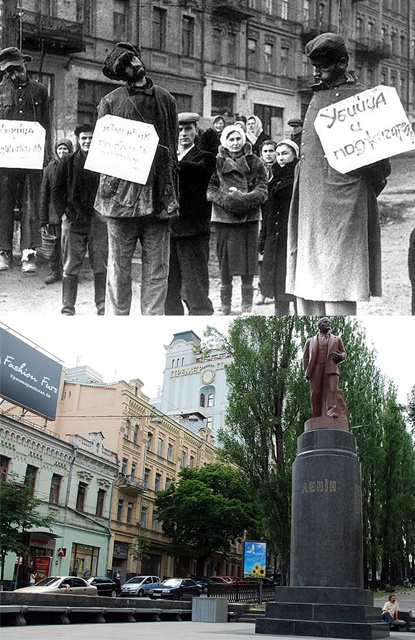 Bessarabska Square DURING the WAR and in 2012

In the years of war, partisan units created both by order of the Soviet authorities and Ukrainian nationalist organizations, operated on the territory of Ukraine.

The most famous were the Soviet partisan units headed by Kovpak, Popudrenko, Rudnev and nationalist UPA unit headed by Shukhevych, who fought not only with the German invaders, but also with Soviet partisans and saboteurs.

On the territory of Western Ukraine, the units of the Polish Army Craiova operated. The occupation of Ukraine was particularly brutal; more than one hundred thousand people were killed only in Kiev, where the most famous place for the execution of civilians is Babi Yar.

By the fall of 1943, the Red Army liberated the Left-bank Ukraine, and the rest of the republic was liberated by October 1944.

The war in Ukraine resulted in millions of victims and huge destruction, because all of its territory was the scene of fierce battles. Enterprises were destroyed or evacuated, millions of Ukrainians were killed at the front or during the occupation, Germans took about three million Ukrainians to Germany for forced labor; by the end of the war, a quarter of Ukrainians were homeless.

After the Second World War

In the postwar years, the restoration of the national economy which was greatly destroyed by the war was actively in progress in Soviet Ukraine. After the death of Stalin and the coming to power in the USSR of Nikita Khrushchev, the former first secretary of the Communist Party of Ukraine, a revision of the Stalinist course of the CPSU took place. There was a rehabilitation of illegally repressed people; contacts with other countries became closer, which resulted in emergence of the generation of the “sixties”.

In 1945, the Carpathian Ruthenia was annexed to the Ukrainian SSR; it received the status of the Transcarpathian region, and in 1954 from the RSFSR on personal initiative of Khrushchev the decision of the Presidium of the Supreme Soviet of the RSFSR made the Crimean region a park of Ukrainian SSR.

At the beginning of the 1960s, there was a short political “thaw”, when dissidents made attempts to rethink the historical past of Ukraine. 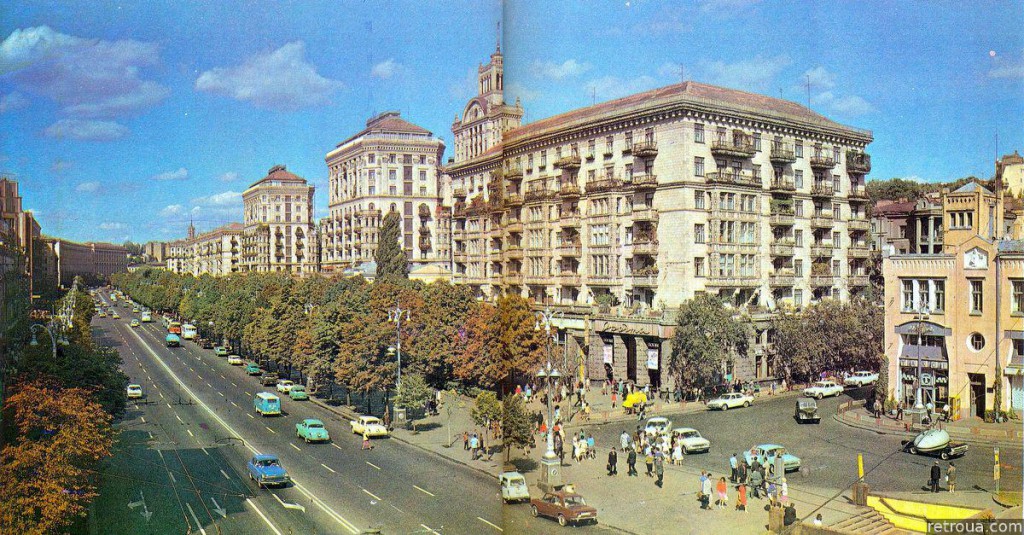 However, after the removal of Khrushchev and the coming to power of Leonid Brezhnev, the former first secretary of the Dnepropetrovsk Regional Committee of the Communist Party of Ukraine, the Ukrainian sixties began to be persecuted by the authorities, which ended with camps and emigration.

A tragic event in the history of Ukraine was the accident at the Chernobyl nuclear power plant on April 26, 1986, which led to the ecological catastrophe. As a result of the accident, 29 people were killed, radioactive contamination of vast territories occurred and about 200 thousand people were forced to move to other areas.

In 1988, the 1000th anniversary of the Baptism of Rus was widely celebrated, and therefore anti-religious propaganda was weakened.

On July 6, 1990, the Supreme Soviet of the Ukrainian SSR adopted the Declaration on Sovereignty, a month after the adoption of such a declaration by Russia, and in June 1991 – established the post of president of the republic.

Despite the fact that now in Ukraine there is a strict renunciation of the Soviet past, several Soviet monuments and architectural structures remain in Kiev. 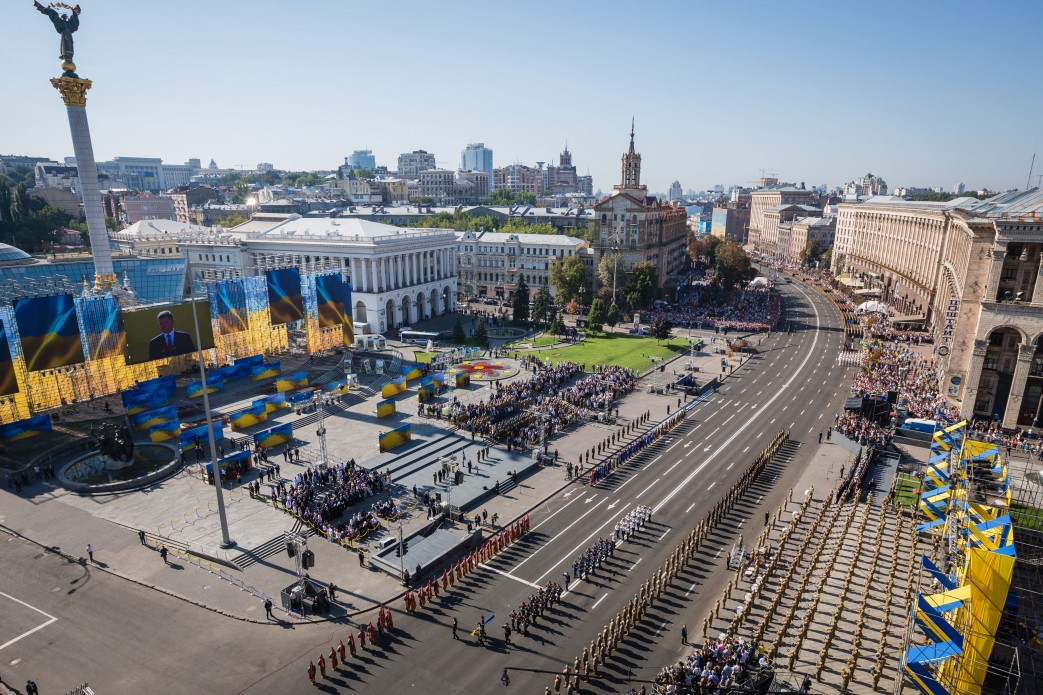 The main Soviet monuments of Kiev

The Museum of the Second World War

May 9, 1981, was an important event in the life of the whole country; on the day of victory over fascist Germany, there was a grand opening of the Museum of the Second World War in Kiev, which was visited by Brezhnev, chief secretary of the Central Committee of the Communist Party of the USSR. According to its size and significance of the collections, the museum is one of the largest in Ukraine. Its collections number about 400,000 items. The main exposition of the museum is presented in 16 halls with a total area of ​​5,000 square meters; it has more than 15 000 museum items. Be aware: you can be very tired by the time you finish studying the entire museum – the total length of all the halls is more than 5 kilometers.

The main asset of the museum is the Motherland Monument, which is 102 m high. According to the plan of its creators, the monument “Motherland” should embody the unswerving spirit of the people, who managed to stand and win the most terrible war. The total weight of the structure is more than 450 tons; a sword in the right hand of the figure weighs 9 tons, and a shield with the coat of arms of the USSR is another 13. According to the law of 2016, the Ukrainian government decided to destroy all Soviet emblems. Under this law, the coat of arms on the shield of the motherland had to be destroyed. However, the son of the sculptor Borodai persuaded the authorities not to change anything about the coat of arms, since they could destroy the whole structure. 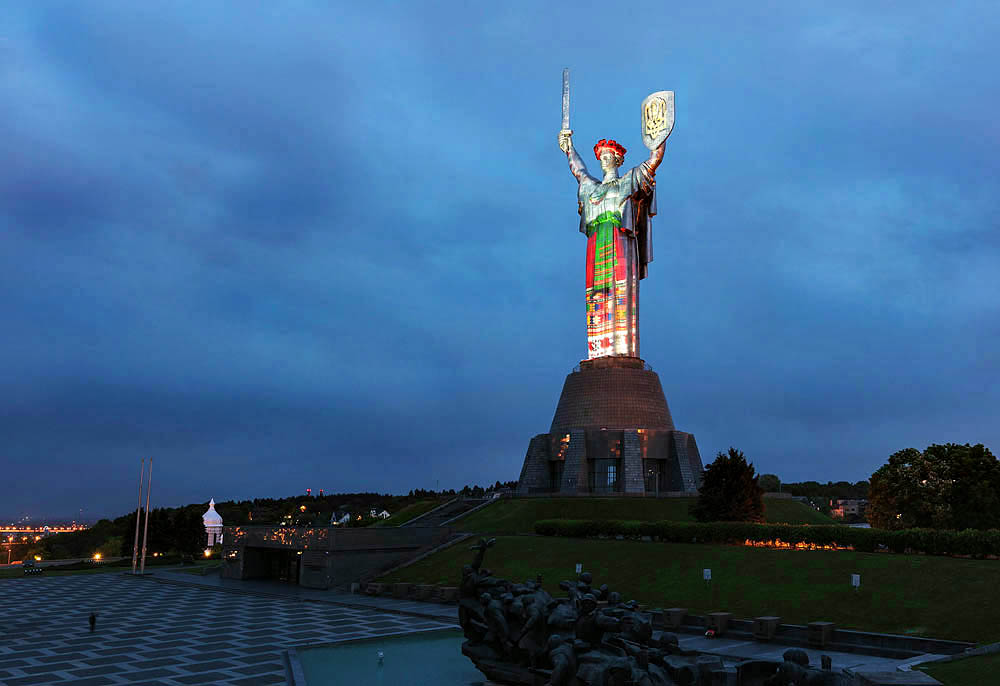 Mother of Motherland statue in Kiev

The monument is dedicated to the unification of Ukraine with Russia, which occurred in 1654.

The Arch consists of three elements: the arch itself in the form of a huge rainbow, a bronze sculpture of two workers and a scene of the Pereyaslav Rada. In the center of the composition there is the statue of Bogdan Khmelnitsky and Boyar Buturlin, the Russian ambassador. Scene of Pereyaslav Rada of 1654 is carved from granite. As a result of the Pereyaslal Rada, a historic agreement on the unification of Ukraine with Russia was signed; it was signed by Ukrainian hetman Bogdan Khmelnitsky and boyar Vasily Buturlin, Russian ambassador.

Earlier, the monument was decorated with two inscriptions: “In commemoration of the reunification of Ukraine with Russia” and “Built in the year of the 60th anniversary of the formation of the USSR”, but because of the events that happened later, both of these inscriptions were removed. The observation deck next to the Arch offers a magnificent view of the city. 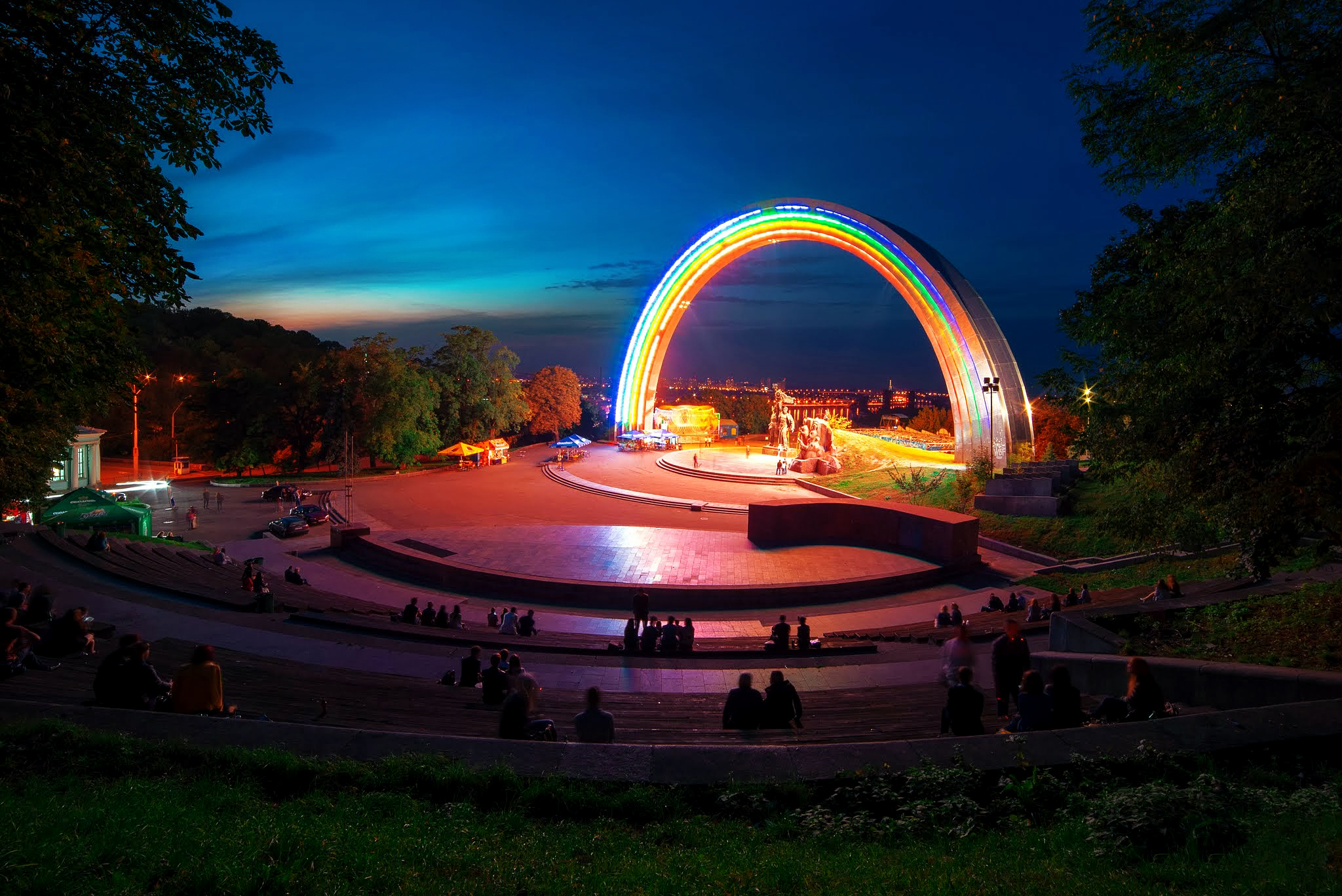 On September 27-28, 1941, the Nazi authorities ordered that on September 29 the Jewish population of the city of Kiev should arrive at the appointed gathering point with documents and valuables at 8:00 am. Failure to comply with the order was promised to result in execution. About 2 thousand ads were posted around the city. 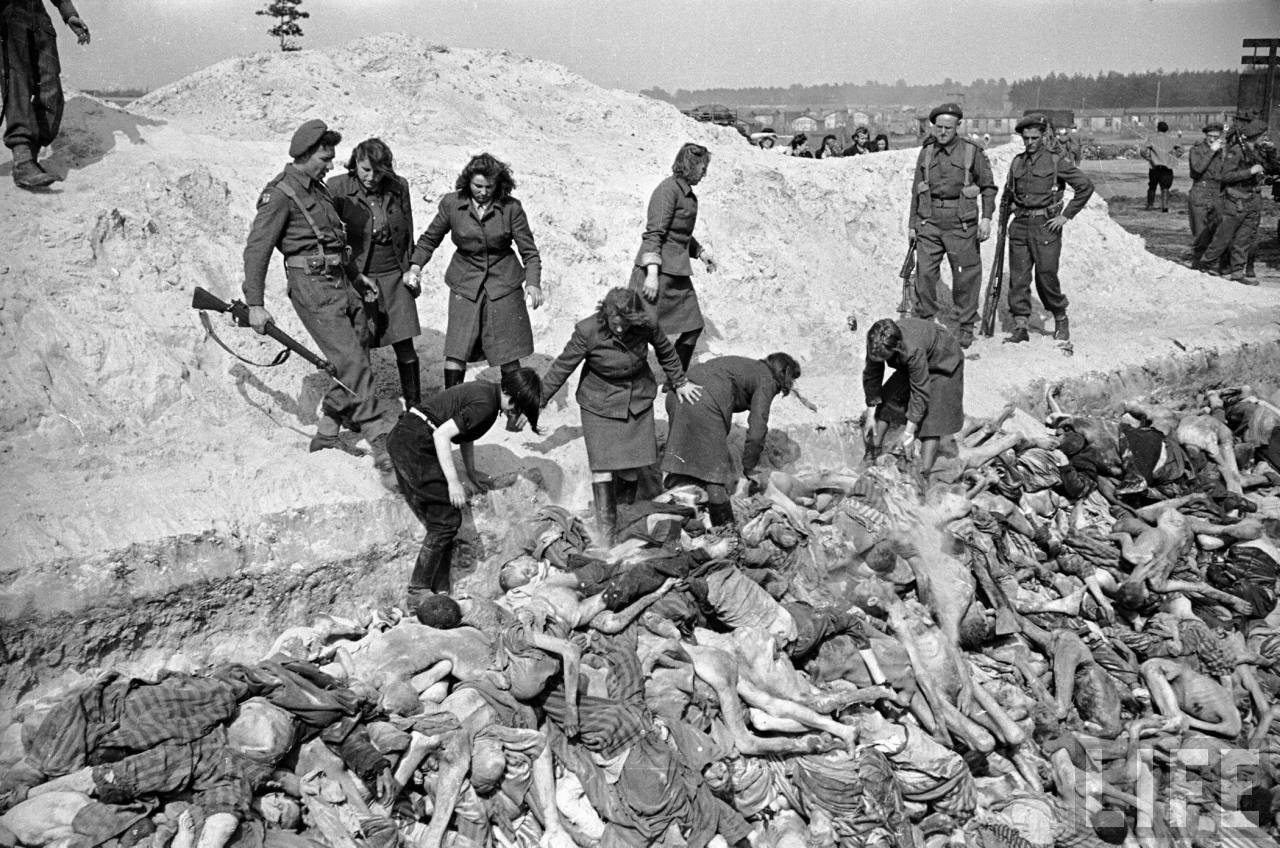 The number is inaccurate, since children up to three years were also shot, but Wehrmacht soldiers did not count them.

Now in Babi Yar there are monuments to the victims of the Holocaust and other Kievites who perished from the Nazi occupation.

Monument to Soviet citizens and prisoners of war and officers of the Soviet Army, shot by German occupiers in the Babi Yar is a multi-figure composition of bronze. The monument was opened on July 2, 1976. 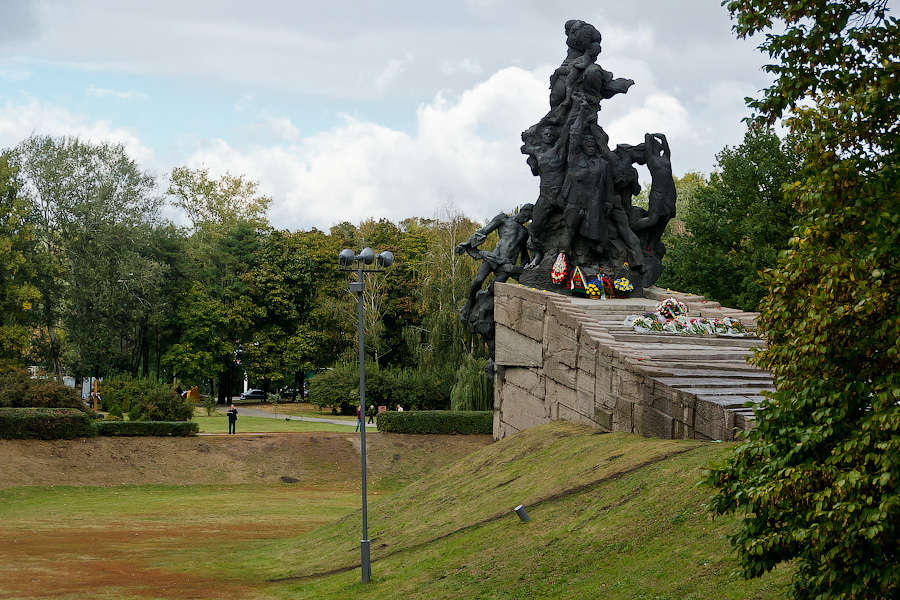 Contact Guide me UA to book Individual Tours in Kiev: 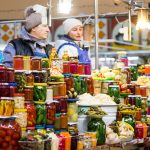