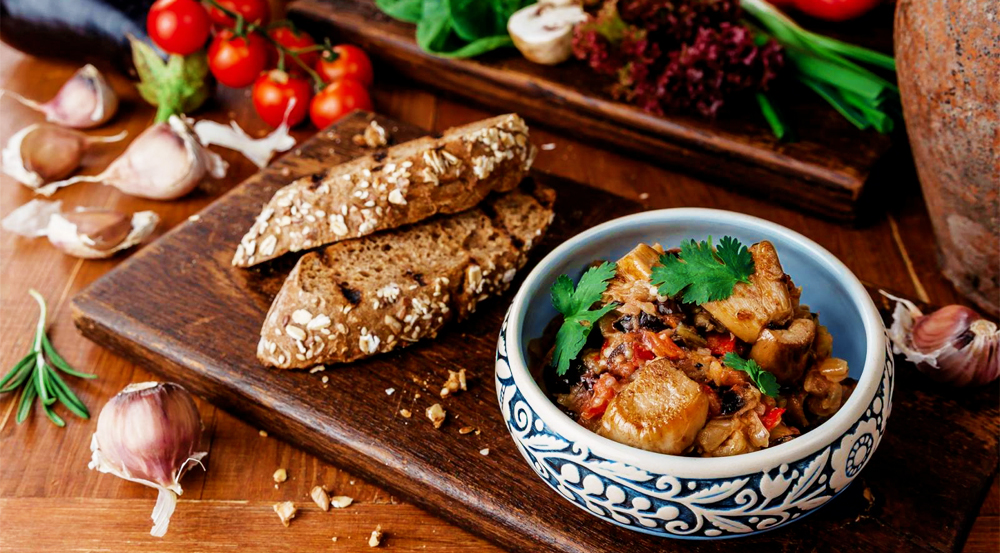 Cuisine of people is a special style of cooking, practice and traditions that are related to the culture, characteristics and mentality of each nation. And traveling and trying something new, unusual, tasty or not, but definitely special and purely national is among the most pleasant things to do! In this article we will talk about Ukrainian cuisine and in particular about special Kiev food.

Traditional Ukrainian cuisine will appeal to all those who like hearty and tasty food. Folk and proven recipes developed over the centuries creating their own, unique color. Ukrainian meals can be easily divided into the first, second and third courses.

The favorite first courses of Ukraine cuisine: borsch – favorite meal of all the inhabitants of Ukraine, widely known abroad. kapustnyak is another vegetable soup, and, as the name implies, its main ingredient is cabbage. rassolnik – for this meal, you gonna need salted cucumbers, which give the soup a special sour piquancy. Among the second Ukrainian course the most known and appreciated are: vareniki with cherries, potatoes, mushrooms, cabbage, and meat can be found in the list of recipes of any hostess and in the menu of majority of restaurants with national cuisine. Cold boiled pork is a whole piece of meat, usually pork baked with sauce or butter. Zrazy are cutlets or a meatloaf with stuffing.

Among the third course, or, as they say, the sweet, Ukraine will certainly please you with nalistniki – simply, these are pancakes stuffed with cheese or meat served with sour cream or jam, and cheesecakes – small pancakes with abundance of cottage cheese in the dough. Usually this meal is sweet.

Deruny is an unsweetened meal, which nevertheless is served rather as the third course. These are pancakes made of grated potatoes and served with sour cream.

And now let’s analyze what is considered traditional and must-try in Kiev, the capital of Ukraine. Kiev has its famous cuisine.

Three Kiev meals you should try!

For many years Chicken Kiev is a gastronomic trademark of our capital. This meal is known and loved in many corners of our planet.

There are three legends about the origin of this chicken cutlet. French say that the recipe for the meat cutlet (a cutlet made from poultry) was taken from France during the reign of Empress Elizabeth, who sent young people to France for training in culinary work. It was Nicolas Appert, famous French chef, who invented these cutlets. After the war of 1812, when everything French was suddenly out of fashion, the cutlets were renamed the “Michailovsky”, as they were allegedly invented by the chef of a restaurant located not far from the Mikhailovsky Palace. The recipe was forgotten for a long time, and only in 1947 one of the Kiev chefs used it, giving the meal a new name “Chicken Kiev”.

Our historians of cooking claim that the cutlets were first cooked in Kiev in 1918 during the time of Hetman Skoropadsky, but the meal did not gain popularity. And only in 1947 it finally deserved recognition after the meal was cooked in the capital to honor the return of the Ukrainian delegation from Paris, where a number of peace treaties with former German allies were signed. Cutlets were approved at the highest level, and soon the meal appeared in the menus of Intourist restaurants.

Americans also claim the invention of Chicken Kiev. They say that the name of the “Chicken Kiev” came from emigrants from Ukraine who often asked for this meal in the restaurants. And only later the meal got to Europe and, in particular, to Ukraine. Chicken Kiev is how Americans always called this meal.

And finally, a few rules, how to eat Chicken Kiev.

Before you start eating a cutlet, you need to pierce it.

Make sure to pierce it near the bone, because otherwise the oil can splash and blot everything around.

After the oil flows out into the garnish, eat cutlet with a knife and fork.

Do not hold cutlet by the bone and do not bite it holding in your hands – the cutlet can fall, and you will still be holding the bone.

Kiev cake is not just a sweet: without exaggeration, it is a real symbol of the capital. According to the legend, a new recipe emerged as a result of a mistake of confectioners – they allegedly prepared a batch of egg white for the biscuit, but forgot to put it in the refrigerator. To hide the mistake of colleagues, the next shift decided to make dough out of these ingridients.

But this is just a legend. Confectioners purposefully developed the recipe for a new cake. A suitable recipe was created back in 1956, but the invention was patented only in 1973. Nadezhda Chernogor and Konstantin Petrenk, confectioners of the Kiev confectionery factory named after Karl Marx (now – Roshen) got the author’s certificates. By the way, Nadezhda Chernogor, “mother” of the Kiev cake worked in the confectionery business all her life, tasted literally every batch of cakes: she started working there being a 17-year-old girl, who was instructed to paint cakes.

Kiev cake can be called one of the first culinary brands of the Soviet Union. And the promotion of new sweet cake took place according to the marketing laws – a unique product with a complex recipe was created, plus recognizable packaging – a round cardboard box with the image of Kiev chestnuts. To meet the increasing demand for the product, the Karl Marx factory had to even share the recipe with the Kiev bread factories, but never – with the chefs from other cities. The fact that the Kiev cake could only be bought in Kiev only fueled the interest of the guests of the capital, it only strengthened the “exclusivity of the brand.”

Kiev perepichka is considered one of the gastronomic symbols of Kiev. The secret of this fast food is in its unique recipe. Many Kyivites and guests of the city consider it a perfect snack and local attraction. Thousands of people love this sausage in yeast-raised dough, fried in deep fat. In February 1981, in Kiev, it was 3A Lenin Street (now it is Bogdan Khmelnitsky Street) in Kiev where through a small window they have started selling hot sausages in the dough. And even in 2018, at any time of the year, there is a queue to this kiosk with sausages.

Perepichka is one of the cheapest options for fast food in Kiev. Today the price of one perepichka is only 13 hryvnia. You can eat it near the place of purchase – standing near specially designated tables. They also sell still juices, tea, coffee, carbonated drinks and mineral water, all at very affordable prices as for the capital.

Perepichka is a fairly high-calorie variant of a snack. One serving has 320 kilocalories. In this queue, you can meet everybody: students, office workers, tourists and just hungry Kievans.

To know more about Ukrainian Food, book a privat Gastro Tour in Kiev. 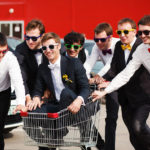 Stag Party in Kiev – Best Experience before the Wedding 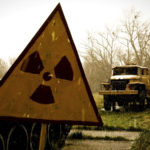 What is Сhernobyl? Everyone is Interested to Know its Secrets!