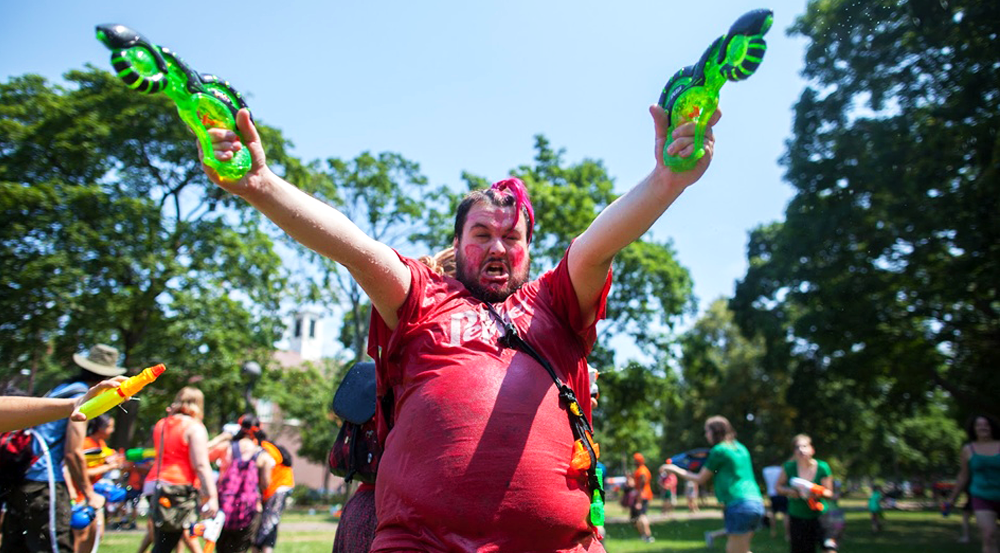 Kiev events: things to do in August

Spend the last month of summer with a good company, in wonderful Kiev and stay surrounded with fun, quality music and delicious food. By tradition, we selected a list of things to do in Kiev in the coming month. And don’t forget to book a Tour in Kiev HERE.

On August 2, the most scandalous rocker of the world will perform at the Kiev Palace of Sports with his new album.

Mythical performer Marilyn Manson, real name – Brian Hugh Warner, has chosen his pseudonym and the name of the group to honor the movie legend Marilyn Monroe, and borrowed the surname from the most horrible serial killer in the history of the US – Charles Manson.

Marilyn Manson rock band is known for shocking and provocative performances, often inspiring fear and awe, especially among the religious part of the population. During their shows, the group does not hesitate to make statements on religious and political issues, burn the Bible on the stage, and all this goes with the highest-quality industrial rock.

Manson will perform in the Ukrainian capital to support his new album Say10 released on Valentine’s Day – February 14, 2017. The band even released a shocking teaser on November 8 – the day of the US elections; in the video, decapitated body of Donald Trump is clearly visible. Yet, Manson did not vote this year and says that as an artist he can do more than just giving his vote for someone.

Previous album of the band, Pale Emperor, was highly praised by critics and fans, which indicates high quality of the musical part, in addition to the shock and horror associated with the band.

Manson talks about the album as follows: “People who heard new songs, note the influence and sound of my old works: Antichrist Superstar and Mechanical Animals. In addition, there is enough violence, but it is absolutely different from all my previous works”. 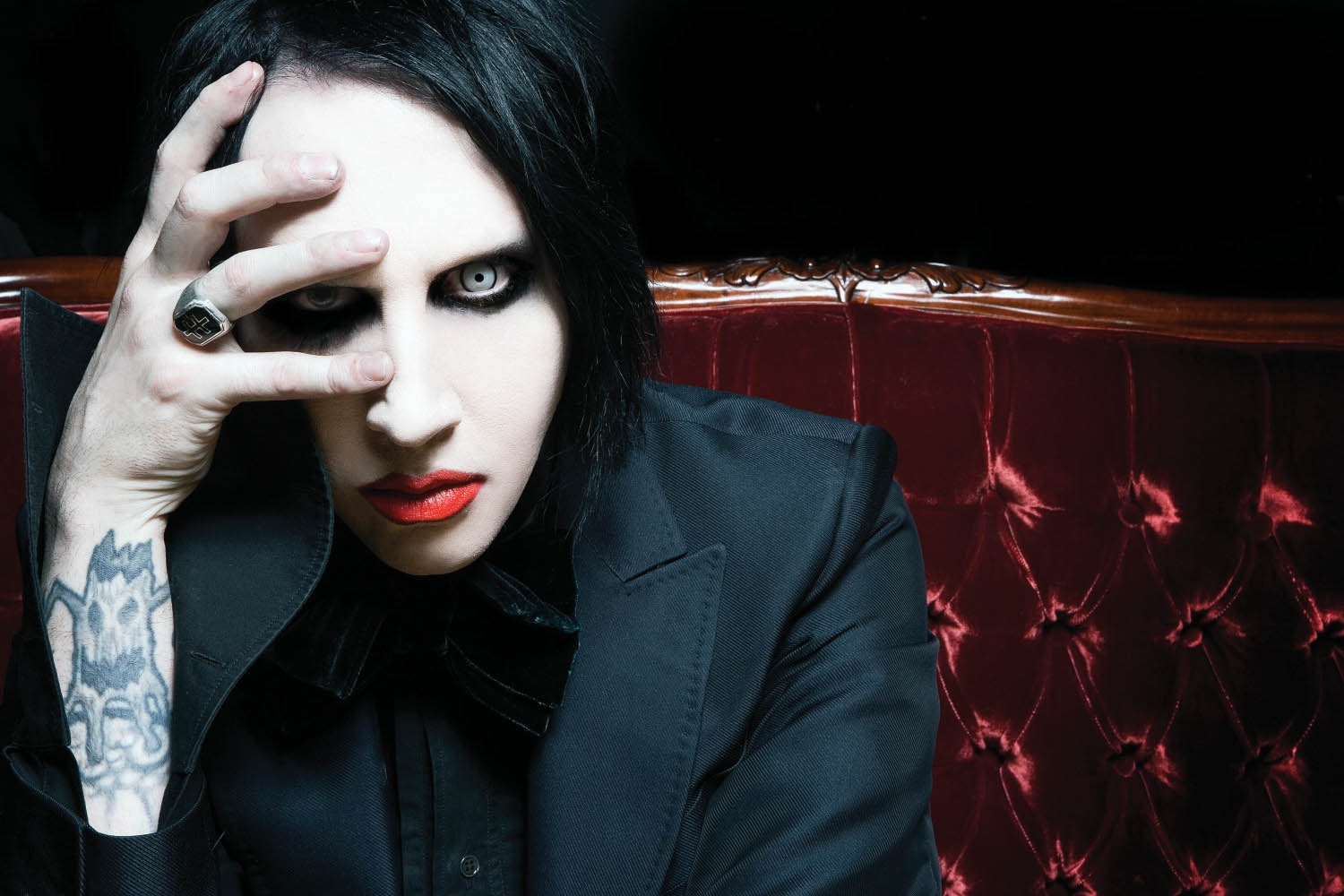 On July 3-7, Trukhanov Island will turn into a small Indian town. You can come here to live or just visit: settle in a tent camp, go to yoga master classes in the mornings, listen to stories about how to achieve inner harmony by sipping tea with delicious vegan sweets. Moreover, Vedalife offers opportunity to see the parade of ancient Indian gods, visit Vedic wedding, meet spiritual teacher and learn astrological wisdom. 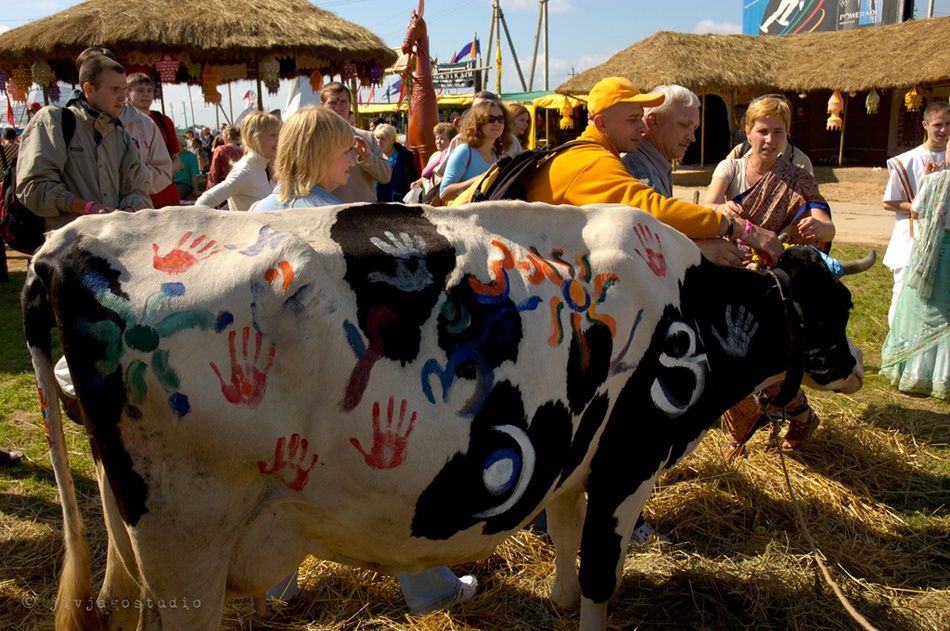 For a short time of its existence, Street Food Festival held at Art Zavod Platforma had become a cult – and not only in narrow circles. The goal of the organizers was to create a complex food festival in the capital using European experience. Without exaggeration, now the event has even stolen leadership among similar fests of other European capitals. At the very beginning of the project, each festival had its own numbering in the title, but now they are just dated by the month and year – the event has really gained a foothold in the cultural (and gastronomic) life of the city. 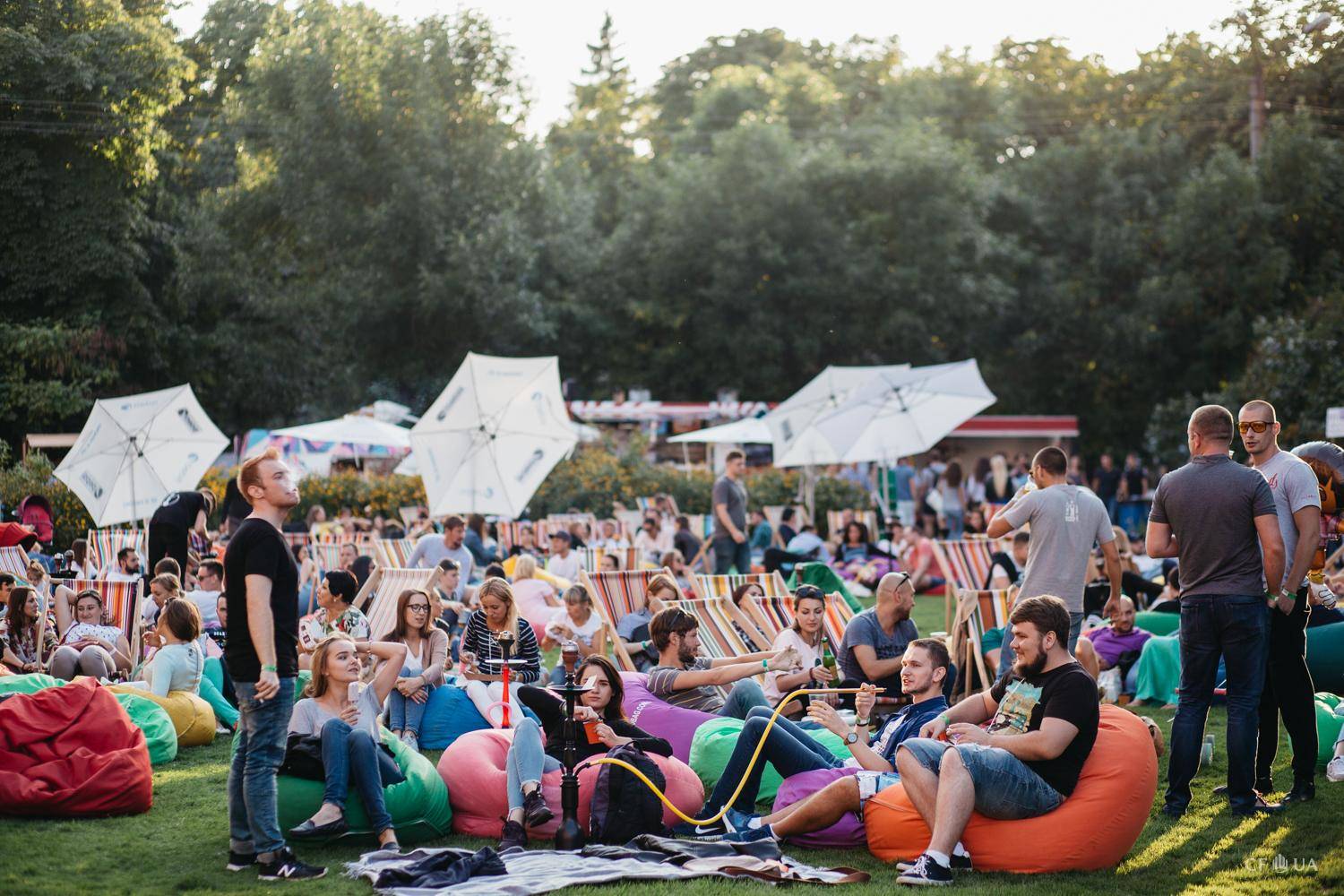 Brave! Factory Festival is a unique event that transforms the regular space of the Metrobud Factory into gallery, rave platform and place for communication at the same time. This is where dozens of musicians, DJs and artists from all over the world will make the coolest show. Together they will arrange a stunning two-day party with exhibitions, installations and dancing under factory arches. 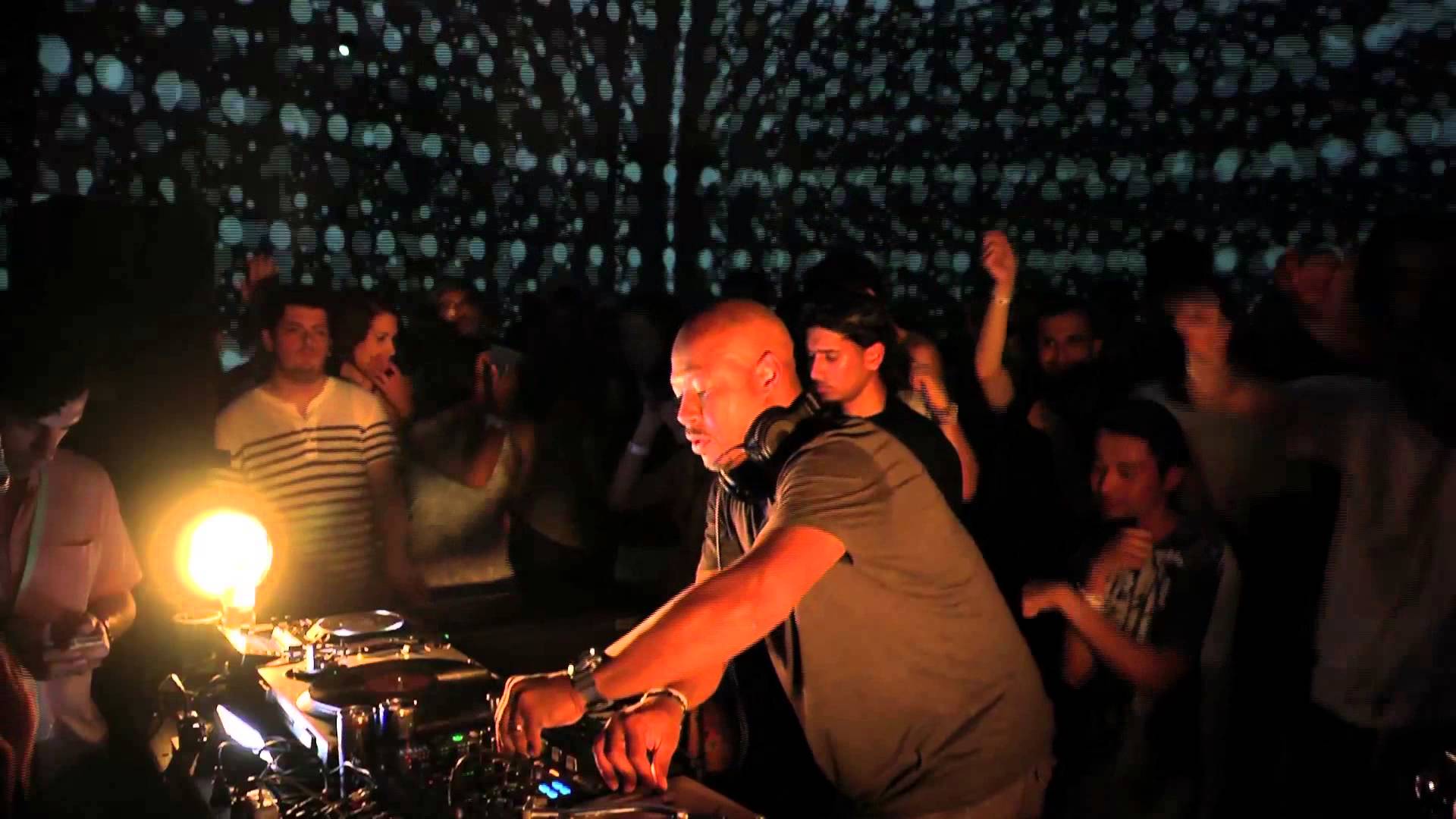 Jazz on the Roof – Ray Charles

On August 25, we meet on Bel’etage roof to listen to the hits of the legendary Ray Charles performed by Ruslan Egorov quartet. This time in addition to high-quality sound, guests will enjoy charming female backing vocals.

“A truly American musician” Ray Charles played the piano and sang beautifully. He featured 70 albums and got 17 Grammy Awards. He is more than a star. Ray enters the Halls of Fame of jazz, blues, country and even rock’n’roll.  This Musician is a vivid example of a man who achieves the goal – Ray achieved world recognition, although he was blind!

At “Jazz on the Roof – Ray Charles” concert, Ruslan Egorov quartet will perform hits of the great blind musician. It will be truly exciting event. Egorov band of is famous for arrangements to jazz hits and therefore Ray’s hits will sound even more alive and interesting. 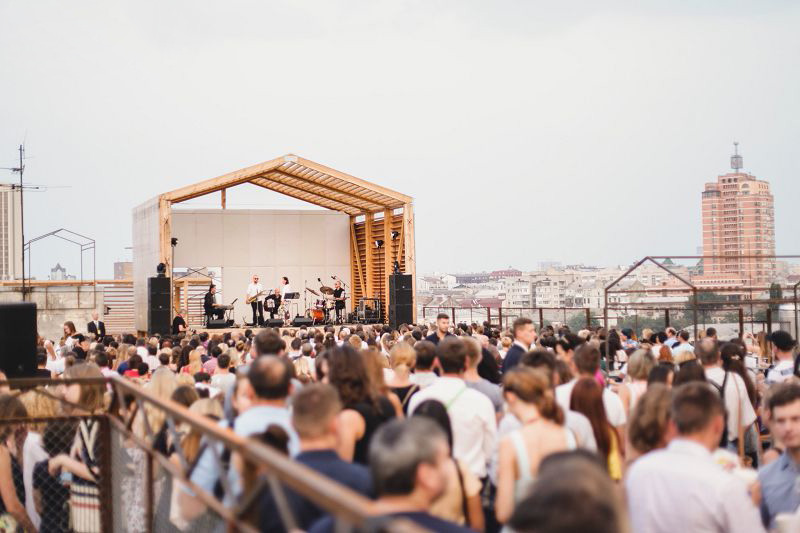 Dance With the Dead

Rave on the bones, neo-noir, vintage synthesizers and drum machines, 80s horror style, synthetic madness, disco after nuclear explosion – all this mixes into incredible cocktail at the Dance With The Dead concert! Yes, they arrange their sinister ball in Kiev.

Retrowave is the genre of electronics that appeared at the beginning of the new millennium. It was created by those nostalgic for the style of the rebellious 80’s; everything was new – music, numerous lowbrow films, grotesque monsters, adrenaline action. In the new millennium, some musicians began to create stylizations for bygone generation. Those are Perturbator, Carpenter Brut, and then Dance With The Dead.

Two friends Justin Pointer and Tony Kim were spending time in garage and constantly wrote something. In the end, they made a project of a real musical group. Everything turned out on its own, the artists recall, but now they can travel around the world and sing their once “garage” compositions from big scenes. Probably, the whole point is that they just were so passionate about their music and at any cost wanted to do it qualitatively. 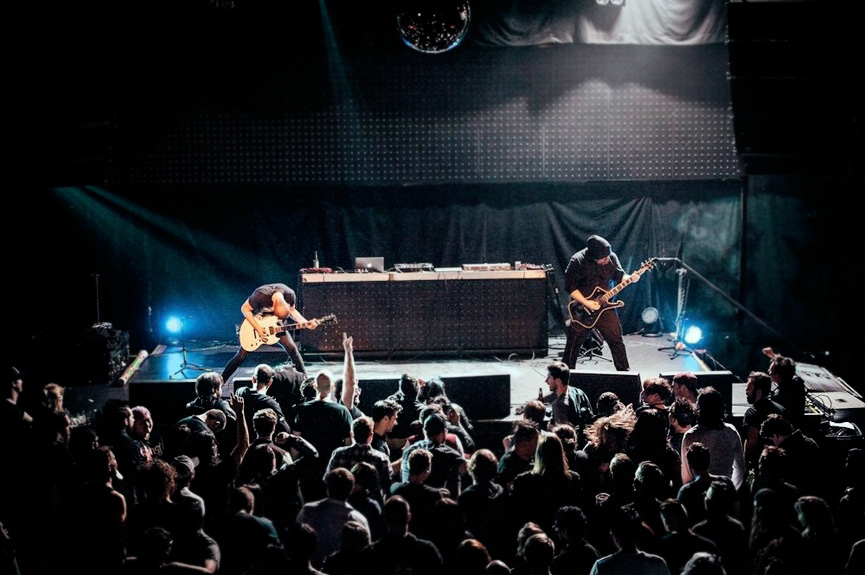 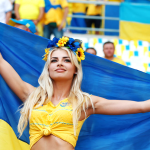 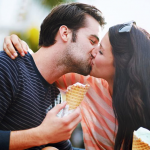 Going to Ukraine with your soulmate: check 5 places for KISSES in Kiev