Top
8 Things that are Much Better in Ukraine than in Europe – Kiev Private Tours
fade
7766
post-template-default,single,single-post,postid-7766,single-format-standard,mkd-core-1.1.1,mkdf-social-login-1.1,mkdf-tours-1.3,voyage child theme-child-ver-1.0,voyage-ver-1.3,mkdf-smooth-scroll,mkdf-smooth-page-transitions,mkdf-ajax,mkdf-grid-1300,mkdf-blog-installed,mkdf-header-standard,mkdf-sticky-header-on-scroll-up,mkdf-default-mobile-header,mkdf-sticky-up-mobile-header,mkdf-dropdown-default,mkdf-light-header,mkdf-fullscreen-search,mkdf-fullscreen-search-with-bg-image,mkdf-search-fade,mkdf-medium-title-text,wpb-js-composer js-comp-ver-5.0.1,vc_responsive 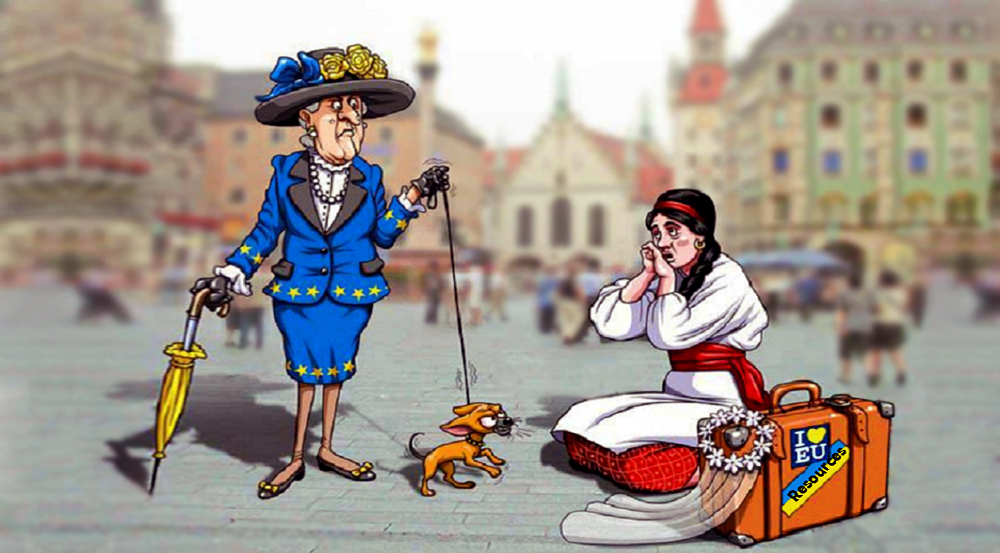 8 Things that are Much Better in Ukraine than in Europe

In our blog, we write a lot about Ukraine, Kiev in particular, its history, culture, cuisine. However, today we suggest having a look at Ukraine from a different angle – not from the point of view of tourism to Ukraine, but from the point of view of living here, economic climate in Ukraine and other things that are important for everyday activity.

Why Ukraine is better than Western Europe?

Mikhail Kukhar, IMF Group Ukraine economist listed 8 things that are much better in Ukraine than in Europe.

From a business climate point of view: Ukraine is the largest undeclared offshore bordering the European Union. 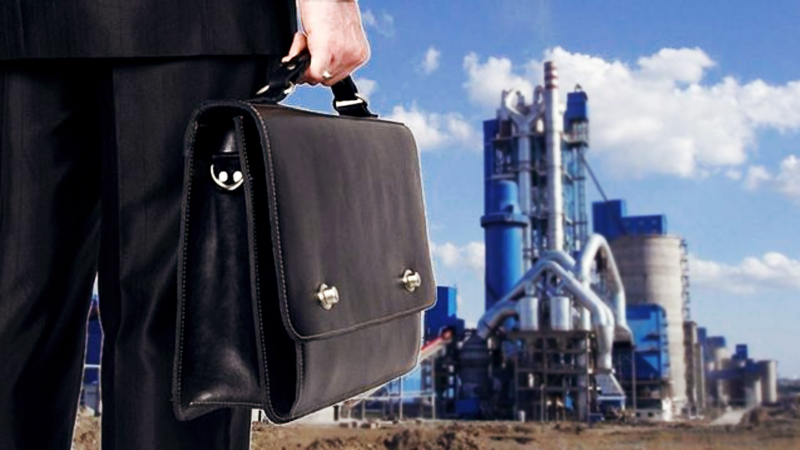 There is NO PLACE IN THE WORLD with such low taxes on incomes of individuals-entrepreneurs (6%) as in Ukraine! Even in offshore zones! Germans and French (private entrepreneurs) “cash out” in the Baltic countries with 22% tax and die of happiness avoiding 50-60% of taxes in their homelands…

The exception is only Switzerland and Bulgaria. However, their schemes are half-legal…

3. Freedom on the roads

Ukraine is an amazing country, where the number of accidents and deaths on the roads have decreased in 4 years of absence of the traffic police. Drivers have become more polite and self-organized, although they still like to drive fast.

Ukrainian drivers are not experiencing the level of stress that a resident of European capitals does EVERY DAY; European cities are full of smart cameras to control violations. And sometimes, having speed up above 50-70 km per hour three times to avoid “cutting” on the road, you risk getting fine equal to your weekly salary! For now, Ukrainian drivers can enjoy the freedom that was not yet taken away. Ukraine is the last country in Europe where drivers drive restrained only by a sense of mutual politeness. 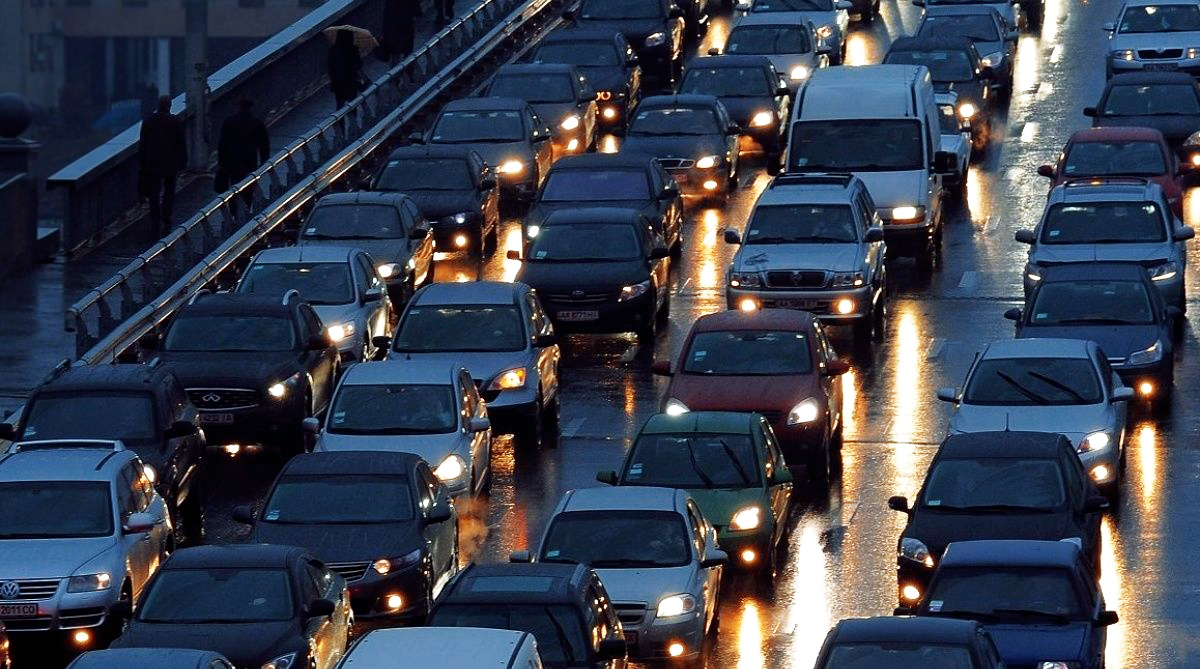 4. The population does not pay taxes on their income – AT ALL.

Try to imagine – for 27 years of this bacchanalia, no one was imprisoned for it! Moreover, in Ukraine there is a presumption of innocence on tax charges (that is, the tax administration should prove that you have earned this money illegally), and in Europe there is the presumption of guilt on tax offenses (that is, you MUST explain where you got the money for a flat, a car or summer vacation. Otherwise, you are considered guilty!) 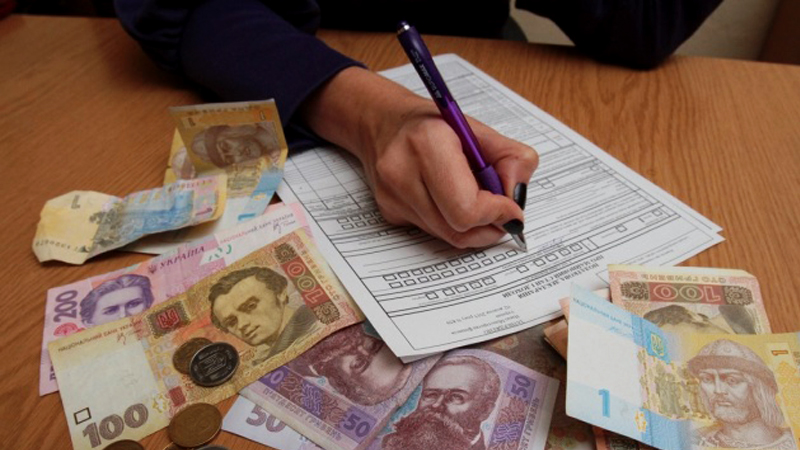 5. Good banking service within the country

In Ukraine, banking services are at the level of the best American and Singapore banks! That is, the latest achievements in the world! However, this is all about the service within the country. It is still pretty complicated to make international payments from/to Ukraine. And the lack of PayPal on the Ukrainian market is a big problem.

In their development, European banks deliberately “froze” 8-10 years ago.

And transferring money to each other simply requiring such information as Visa card number and the name of the owner is simply fantastic – even American banks don’t offer such an option!

If you are from the US and do not agree with this statement, leave your comment below!

Europeans are not more stupid than we are, but the functions of tax control imposed on banks pull them down like weights, slowing down the development…

What? Money transfer from card to card? – No! Tax administration will be against it, it is too difficult to keep track of money.

Using bankcards issued in Europe, you cannot pay on 70% of websites or buy bitcoins. In Ukraine, there are no such problems at all. 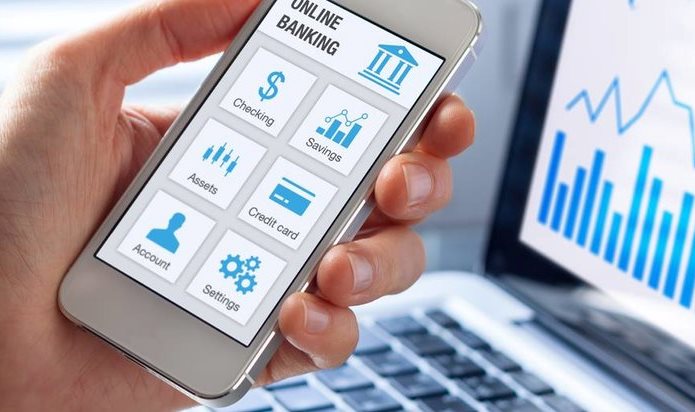 For a 100-megabit internet at home, Ukrainian pays $5 a month, and EU residents from the Baltic to England would pay from 50 euros to 100 pounds per month.

In Ukraine, one finds European quality of mobile communications and the Internet, but it costs a penny, because the IT sphere is not overloaded with regulations, bureaucracy and licensing. 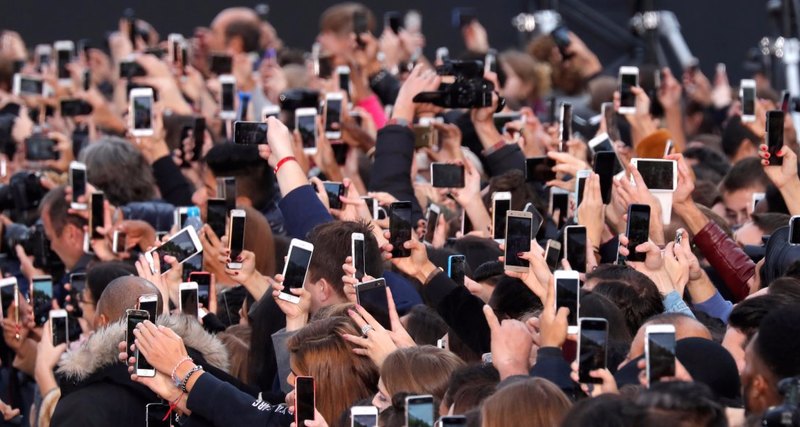 Every citizen of Ukraine, who has a computer or an iPhone, has it packed with music and movies downloaded absolutely free! That is, even without paying $0.99 per track in Apple store.

The whole country watches all Netflix series without even suspecting that for their European neighbors such luxury costs under 1000 euros per year!

In Ukraine, we simply google: Bohemian Rhapsody, watch online in HD and the very first website offers a movie for viewing without any registration or fee. Just turn on and watch.

However, in Germany, for example, for each and every track or movie downloaded in a pirated way (if you didn’t guess to turn on VPN), the police will find you using your ip, and you will get a fine of 600 euros.

If you are from Germany and do not agree with this, leave a comment below.

Ukraine is not only the largest offshore in Europe; it is also the largest pirate island on the Internet with the free exchange of music, books, films, and educational programs. 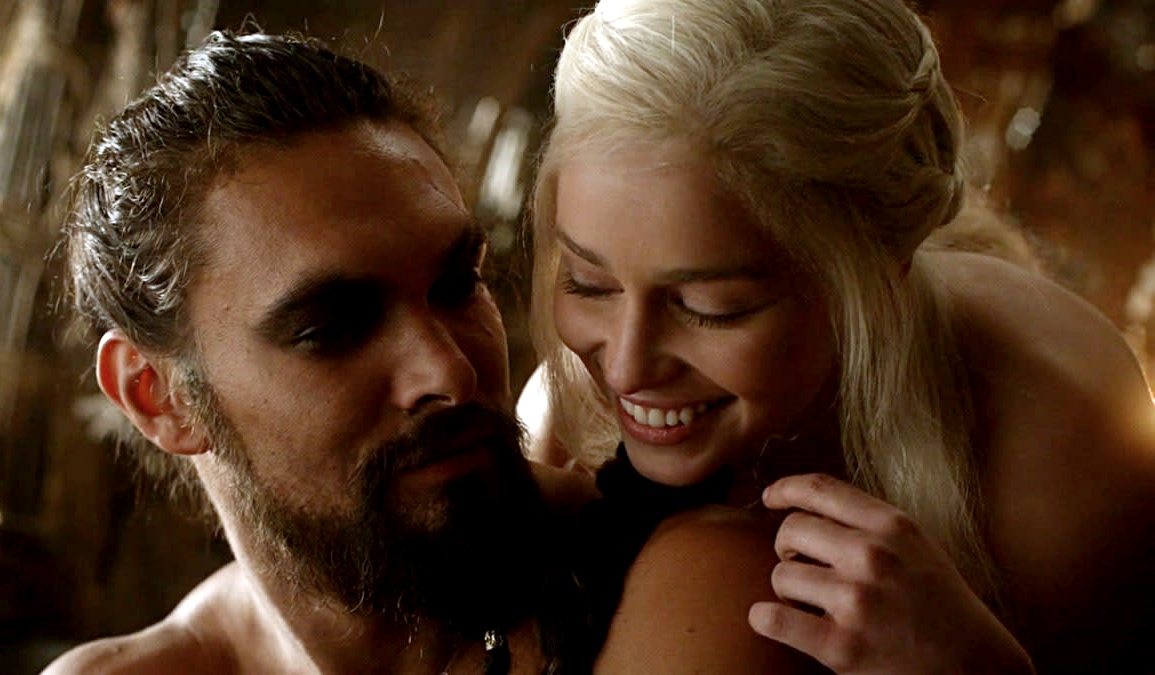 We take it for granted, but it turns out we eat very tasty and cheap food. With mostly natural products.

IMF Group Ukraine economist Mikhail Kukhar ranks Ukraine i4th among 27 countries in Europe after France, Italy and Spain in terms of the quantity and quality of expensive (upper class) and middle-class restaurants, and first in terms of price/quality. Have a look around – we did not notice how we woke up in a country where every gas station (not even mentioning cafe) has the same expensive coffee machines that the best trattorias in the center of Milan do. In Ukraine, it is hard finding bad coffee even in the worst district of Kiev. In Berlin or in Riga – it is hard to find a good one. 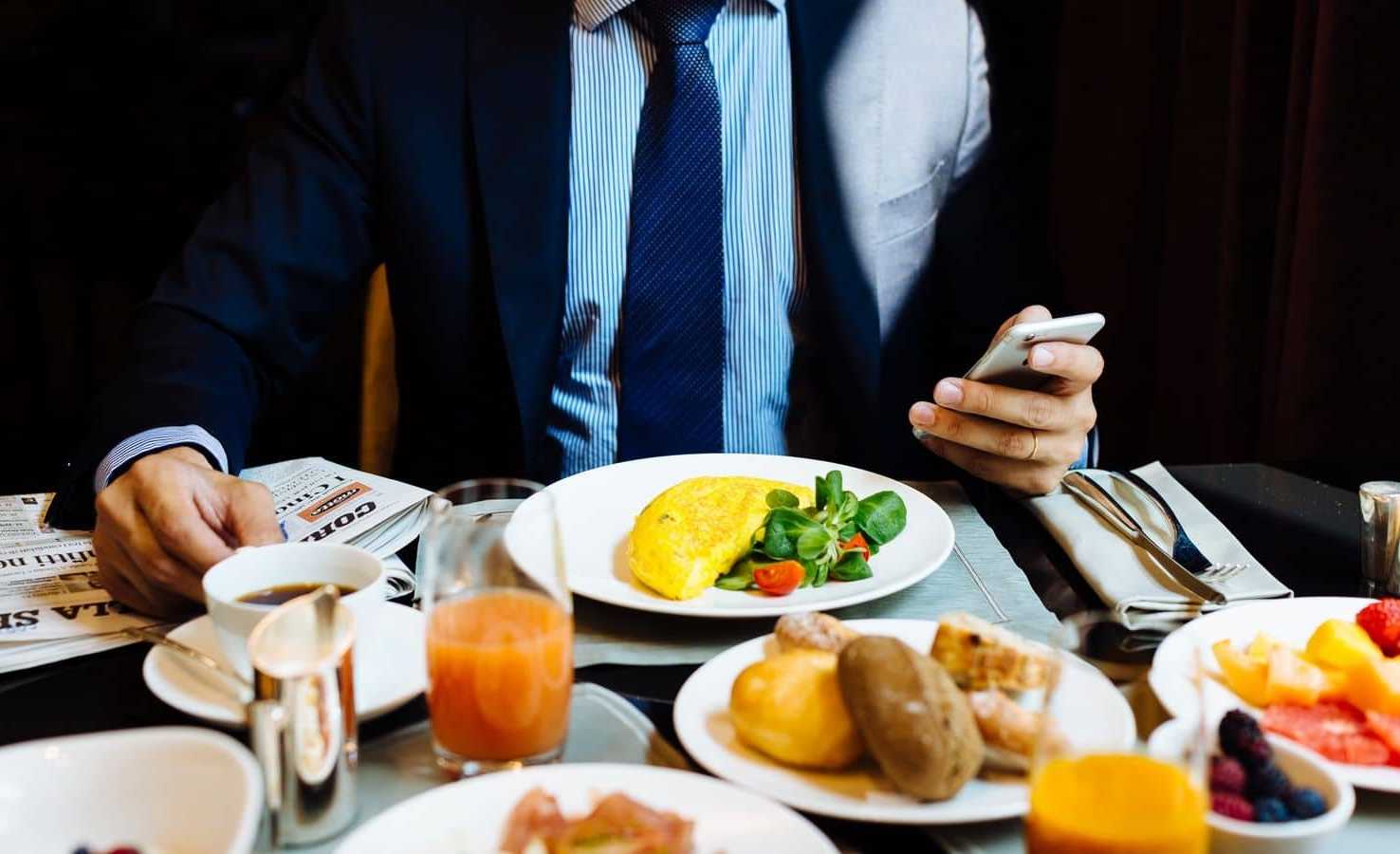 If you don’t eat at restaurants, but are used to buying food at the market, get ready for even greater shock in Europe.

In the huge Kaufland in Berlin, with its 3,000 meters of retail space – there is not a single corner where fresh meat is sold. Only ready boiled and smoked sausages. Maximum – minced meat.

You will not find fresh farm chicken, beef, veal, pork for 4-8 euros per kg anywhere else in Europe – only in Ukraine.

In 2008, the last such farmer’s market in Paris Saint-Germain died; there you could buy fresh eggs, cheese, pate, meat and fish from Normandy farmers every morning. Today there is a huge flagship Apple store.

You will not find such amount of fresh farmer products in any of the European capitals like in Kiev with its numerous markets within walking distance from home.

They were replaced by huge grocery malls on the outskirts filled standard packages of strawberry all year round.

Although many may disagree about the food, because in Western Europe the control systems and standards for food are very high, and in Ukraine no one checks the meat sold directly from the farmer, his method of storage and the content of harmful substances.

There are many issues where Ukraine is better than Europe, but 60% of Ukrainians will not soon learn to believe it. Ukrainians love to cry, swear and complain about a bad life, because this is our mentality! We are not able to believe in the quality of what we produce and believe that it is better somewhere, where we are not – either in Europe or in America. However, when we really believe in ourselves and unite, we can move mountains and become a strong rich country.

And if you are a tourist in Ukraine, explore its fantastic nature and heritage with one of the best Travel Agencies – Guide me UA. They will tell you more details about economics, politics and culture. Enjoy! 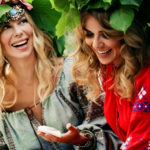 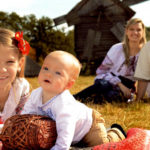 Top 5 Stereotypes about Ukraine, common in the West