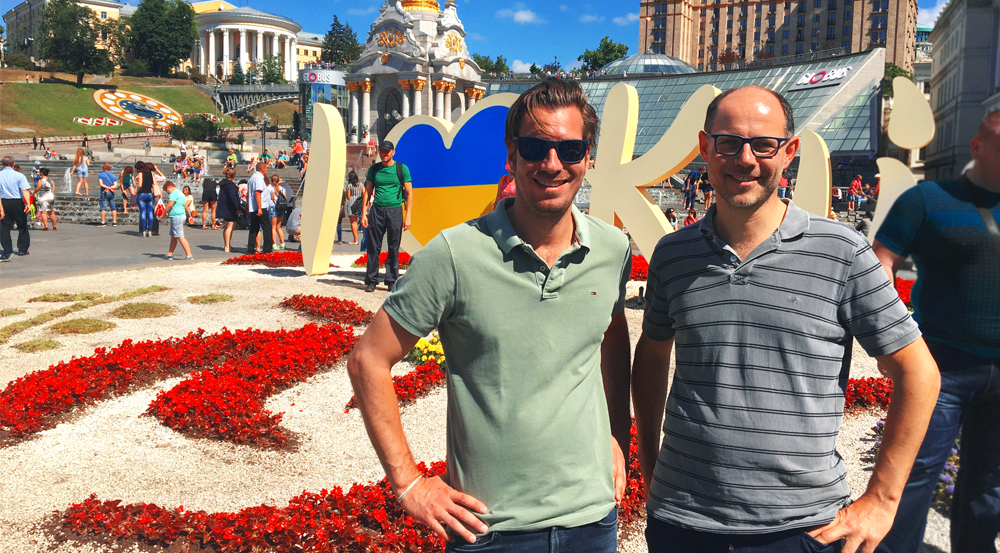 5 Reasons Why Tourists Come to Ukraine

Over the past three years, the number of foreign tourists in Kiev has nearly doubled. As reported in the Kyiv City State Administration (KCSA), in 2014, the city was visited by 800 thousand foreign tourists, and last year there were already 1.5 million people visiting. According to the KCSA, about 60% of foreigners visiting Ukraine come here as tourists and the rest comes on business. The majority of tourists, as the representatives of the city authorities indicate, were Europeans (52%). About 33% of tourists came from the Asian region. And about 8% of the total number of tourists came from overseas. So, in this article we will talk about 5 Reasons Why Tourists Come to Ukraine. 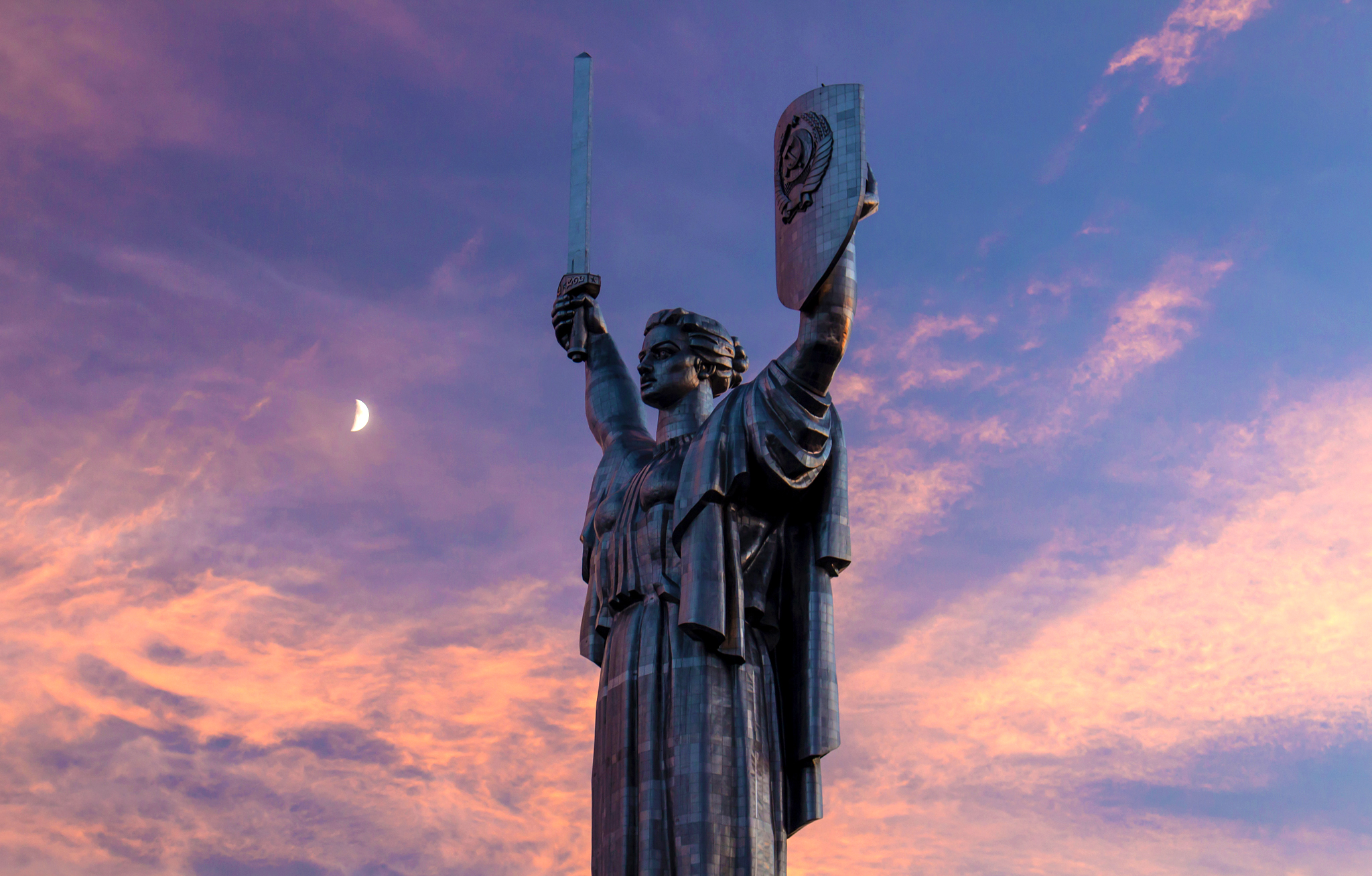 Kiev Rodina Mat – the highest monument of the capital (102 m)

What attracts foreign tourists in Ukraine?

The boom arose for a number of reasons. The first is the interest of Europeans and Americans towards the country that survived the Maidan. The second is the recent Eurovision Song Contest, the Champions League Final on football, the development of image of the capital and the general growth of interest in Ukraine. The third is a cheap food, alcohol, services, housing in the Ukrainian capital and beautiful women.

Today Kiev is the first in the ranking of the most low-cost cities for travelling. The list was compiled by the British tour operator Hoppa. The company calculated the average sum that the tourist spends per day in many European cities. The day in New York turned out to be the most expensive for average tourist. For a day of such a trip you will have to spend about 346 pounds or 13 thousand hryvnia. And the price of one day in Kiev is 2500 thousand hryvnia or 65 pounds.  This includes: housing rental, breakfast, lunch and dinner, drinks. According to this rating, Kiev turned out to be the cheapest city to have lunch in out of 100 cities analyzed. According to Hoppa, overnight stay in Kiev costs about 42 pounds, which is about 1600 UAH for a double room. It should be noted that if you have time to search, you can find accommodation even cheaper than it is indicated in the rating. 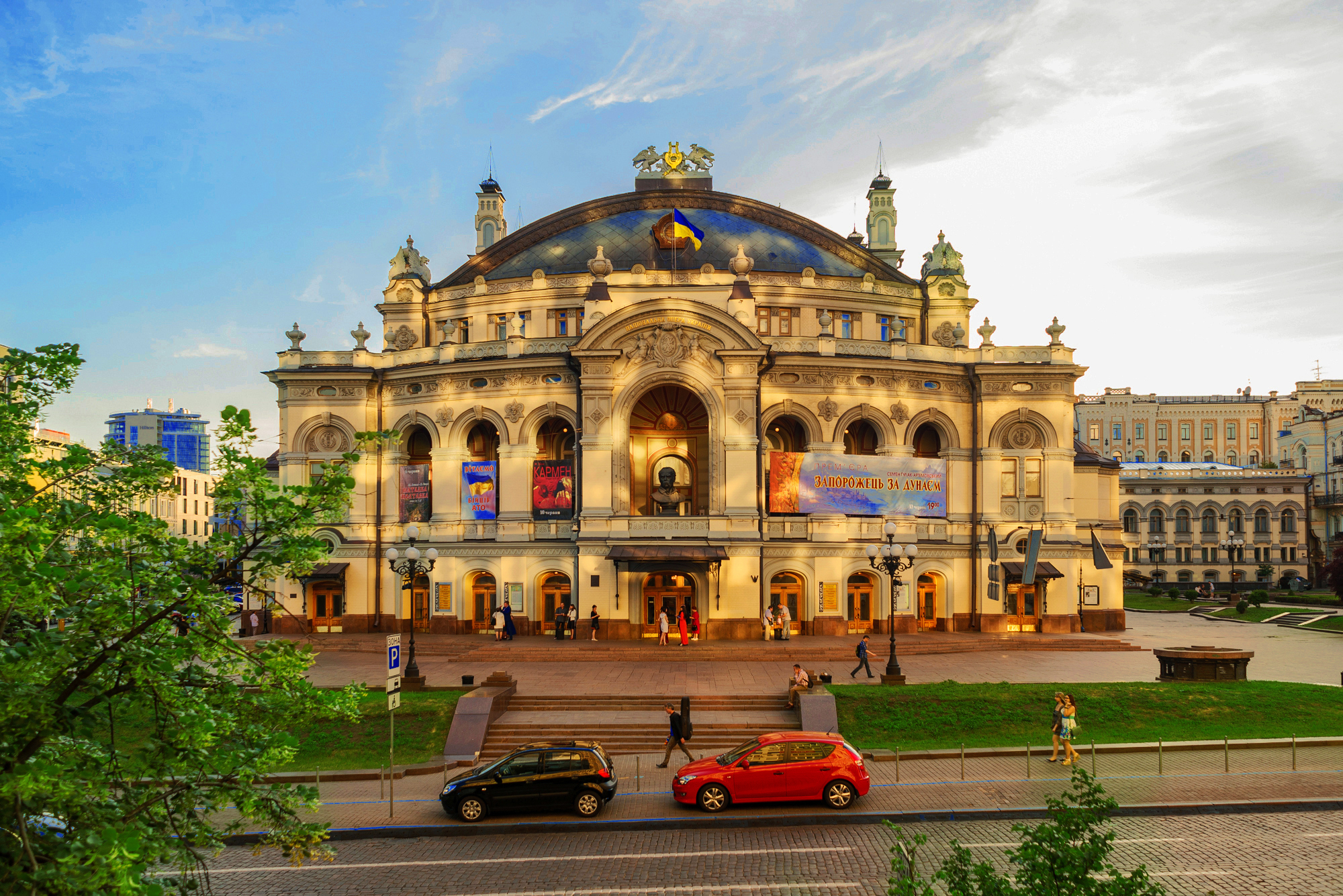 The National Theatre of Opera and Ballet. The highest price for the best seats is 10 euros.

The cheapest prices for coffee are in coffee shops on wheels. In the cafe it is a little bit more expensive. Depending on the status of the place, the cost of espresso ranges from 14 to 30 hryvnia (0.5 pounds).  And for a full dinner  you’ll spend 10 pounds!

Kiev was founded more than 1500 years ago, so we definitely have something to show. Residents of America or Canada are delighted with our cultural and architectural heritage, because they are deprived of such sights at home. Especially popular among foreign guests are Sophia Cathedral and Lavra as UNESCO sites, Khreshchatyk and Maidan Street, the Chernobyl Museum, boat trips along the Dnieper, and the ethnographic complex Pirogovo. Trips to the Chernobyl zone which is a unique facility not only for Europe, but for the whole world are also extremely popular among this category of tourists. However, there is not that much to be proud of, since Chernobyl has become the biggest catastrophe of a nuclear power plant in the world, but 50,000 foreign tourists visit this zone every year.

For those who visit Kiev for the first time, we recommend tours to the Old Town, the Museum of World War II and the Lavra Monastery. 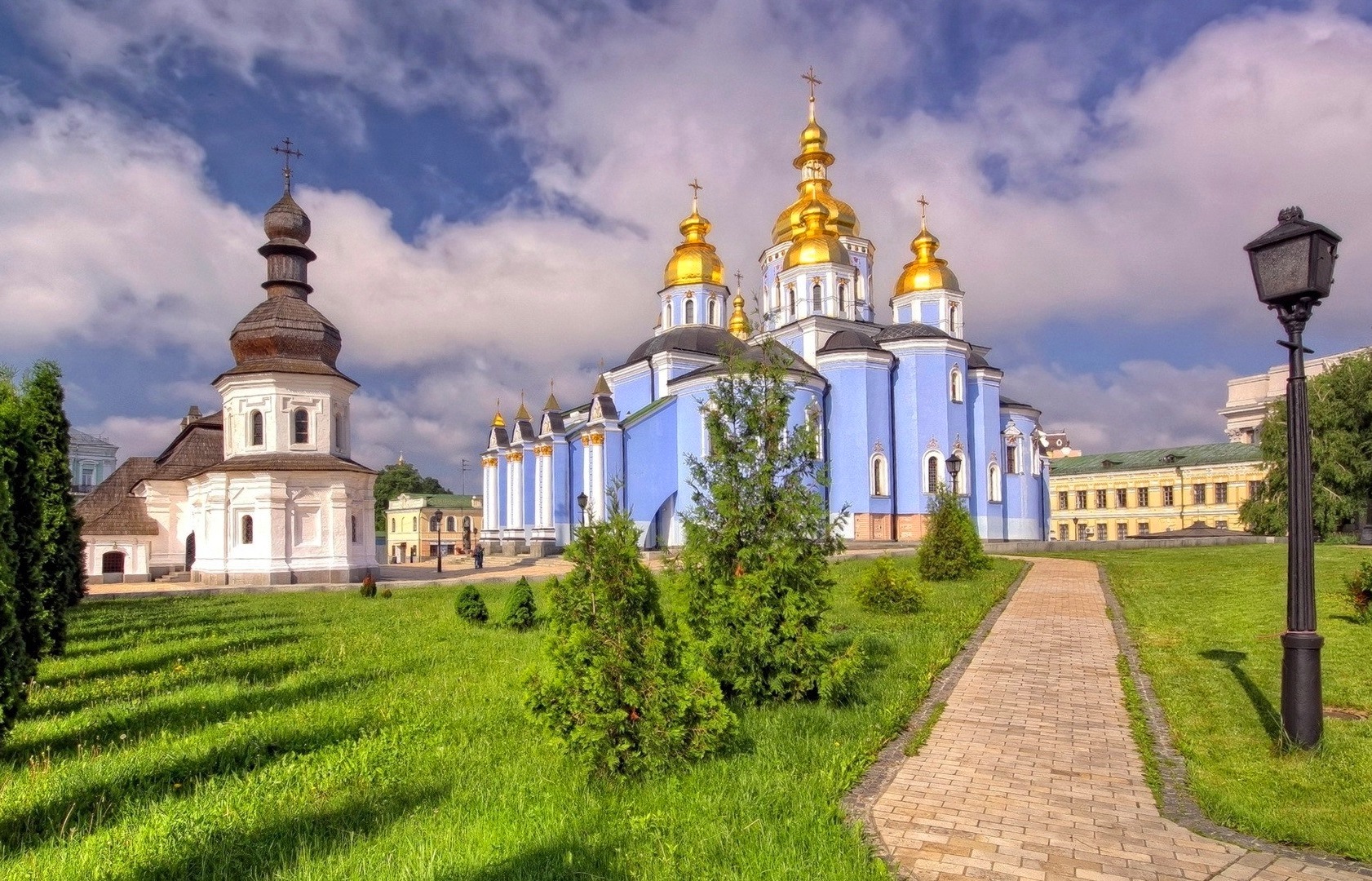 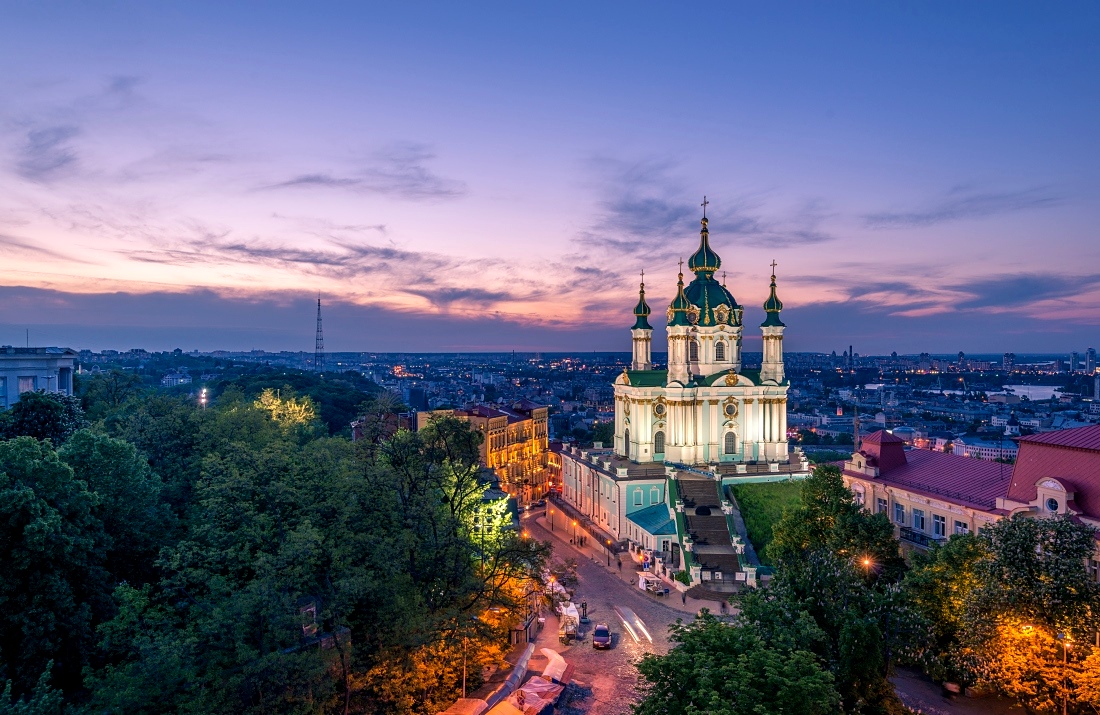 Ukrainian women are another popular reason for single male foreigners to come to Ukraine and in particular to Kiev, as the heart of the country.

Foreign tourists from all over the world are still visiting Ukraine to find a wife or girlfriend, since there is a generally accepted opinion abroad that Ukrainian women are more beautiful, feminine and flexible, are ready to listen to the opinion of the man and give him the role of leader in relationships if compared to more feministically minded women of the West. 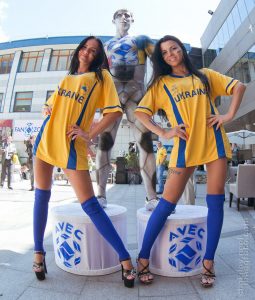 Euro 2012 resulted in influx of tourists from different countries. Since fans of football are mostly men, in Ukraine they saw not only football matches, but also the beauty of Ukrainian women. The information spread far beyond the borders of Ukraine and the next two years there was a boom in sex tourism when dozens of so-called sex tourists came to Ukraine.

Some even published books and manuals with strategies to seduce Ukrainian women.

However, those who stayed in Ukraine for a long time, from several weeks to several months, all together confirm that in terms of sex Ukrainians are very inaccessible. And here everything is quite difficult, compared to American women or Europeans who will go with you straight after the bar.

In case with Ukrainian ladies, one will have to pay them attention for a few weeks at least to get what he wants. Therefore, we do not recommend coming here for easy sex, but only if you have serious intentions.

Many foreigners are mistaking when it comes to Ukrainian women. Despite a low standard of living and unstable economy, unequal proportions of women and men (more women here), Ukrainian women are interested in foreign men and emigration, but they are not interested in one-night stands. In fact, women in Ukraine are truly independent, intelligent and powerful.

First, the majority of foreign tourists (25%) choose Ukraine only because of the available health services – sanatoriums and spa centers. 18% of visitors are interested in cheap dentistry and ophthalmology. Other popular destinations (reproductive medicine, plastic surgery, cardiac surgery and cellular technologies) have become more attractive for foreigners after the drop in exchange rate of the hryvnia: now for the same amount one can obtain more goods and services. 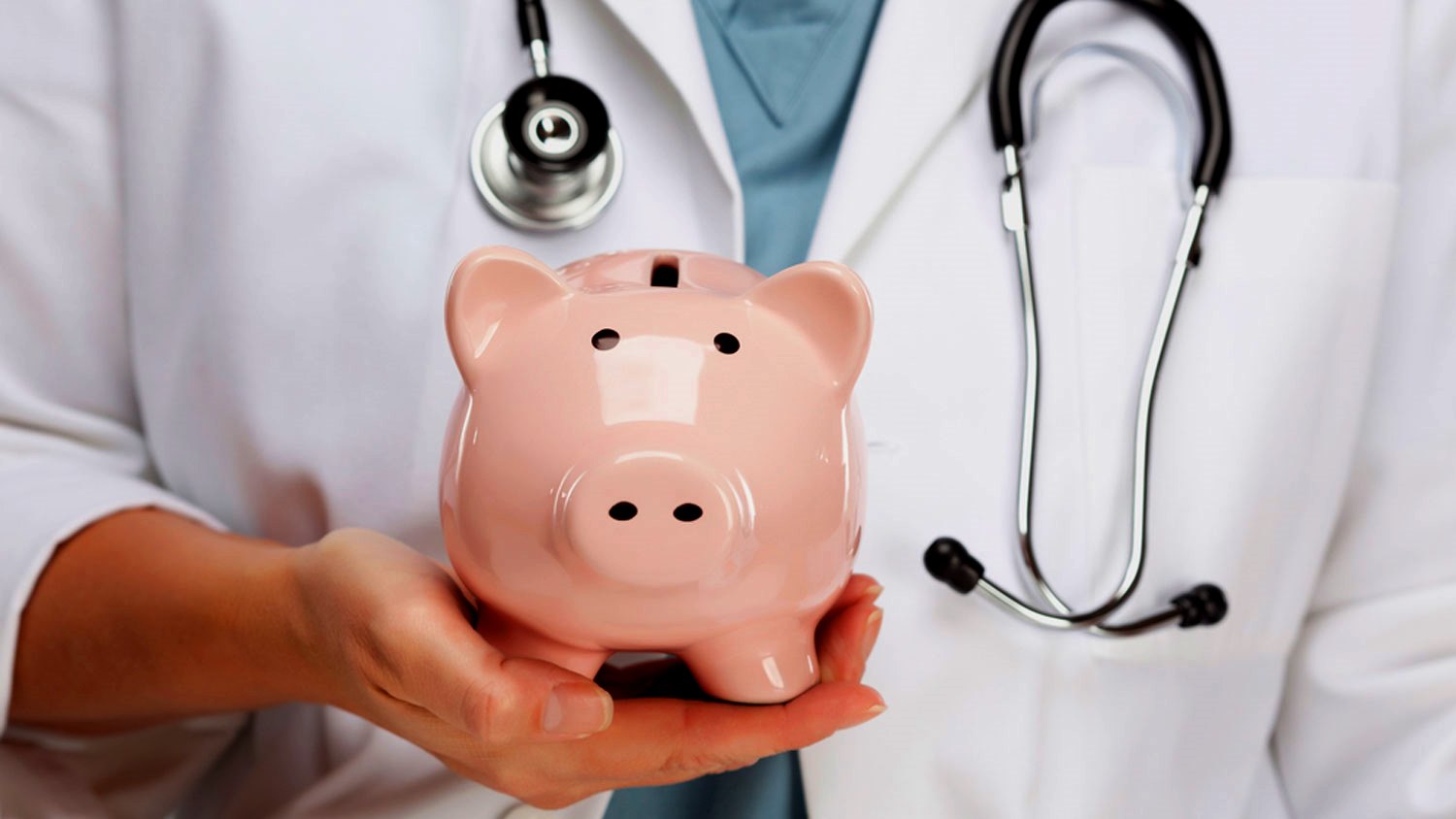 Secondly, foreigners whose insurance does not cover the treatment of certain diseases willingly come to Ukraine. It is more profitable for them to pay for flights and “cheap” bills at local clinics than to consult the cheapest experts in their country. Given that today we have about 100 clinics accepting foreign patients for treatment, they will not have to stand in line.

The majority of visitors are from the countries of the former CIS (Moldova, Russia, Belarus), although the EU’s (Germany, Italy, France, Great Britain) are also among the top ten admirers of Ukrainian doctors.

In three years, the contribution of IT industry to the GDP of Ukraine will be 4.5%; and export will bring $5.1 billion.

Statistics for 2016 indicate that IT industry is the third largest exporter of services and third largest contribution to the country’s GDP (3.3%).

Export oriented IT companies develop software for foreign customers. Luxoft, for example, works with the largest European banks and giants of the car industry.

Recently EBA IT Committee & PwC conducted research, which also shows the contribution of export-oriented IT industry in the economy of the country. Luxoft and EPAM are companies that are widely known in the world and regularly appear in the ratings of research companies ISG and Everest; other Ukrainian companies such as SoftServe, GlobalLogic, Ciklum are also quite known to foreign customers. 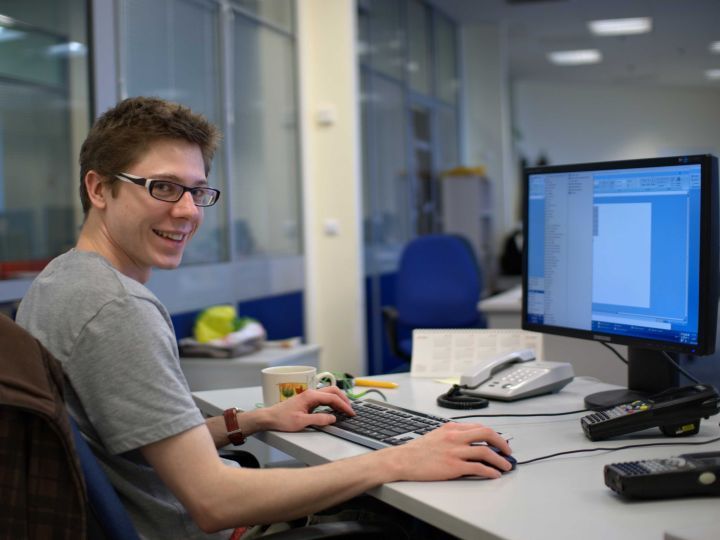 PetCube, Grammarly, Depositphotos are Ukrainian start-ups known all over the world, and IT oriented foreigners come to Ukraine for business negotiations with partners. Hundreds of IT professionals and entire companies develop software for foreign colleagues. Here probably would be good to recall names of Max Levchin – co-founder of PayPal, Jan Koum – co-founder of WhatsApp who were born in Kiev!

When we ask the guests of Guide me UA agency about the purpose of their visit, they often say this is due to their cooperation with Ukrainian IT specialists. Foreigners say that hiring developers in Ukraine is cheaper, and our IT experts are very talented.

It does not matter for what purpose you visit Kiev, the main thing is that your stay in the Ukrainian capital is warm and bright.
In case you want to learn more about the culture of Ukraine, hire our local to show you around. 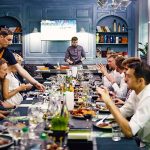 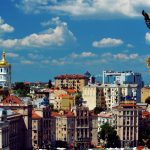