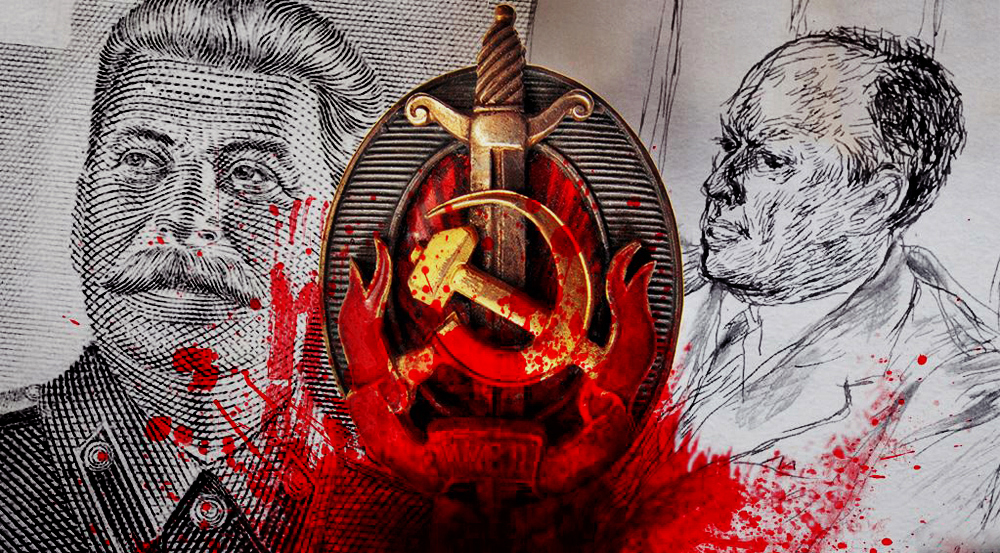 5 Greatest Crimes of Soviet Regime during the Second World War

Deeds and actions of Soviet authorities, both before and after the Second World War, were marked by a series of violent actions against the civilian population. Often references to the Bolshevik atrocities of 1939-1941 drown in the streams of pathetic speeches about “Victory of the Soviet people in the Great Patriotic War”. So in this article we will talk about five greatest crimes of Soviet regime against the peaceful population of Ukraine during the Second World War.

Mass murders of arrested in prisons 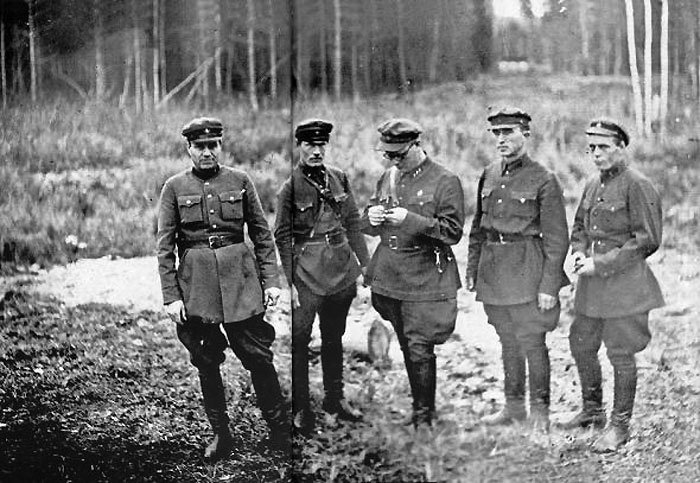 In the summer of 1941, rapid advance caused panic in almost all the USSR authorities, who usually escaped from cities first, fearing revenge of people even heavier than they were afraid of the Nazis. However, even under conditions of chaotic retreat the NKVD, the main punitive authority of the Bolshevik state did not cease to fulfill its terrible functions. When the Soviet troops left cities of Western Ukraine, they often left property, equipment, even documents of Communist party members. Nevertheless, they always had time to kill all the prisoners, who at that time were in prisons for their misfortune. Without any judgment and dismantlement, the liquidation squads executed everybody, even suspected and accused detainees, often after terrible torture. The most famous episode was the shooting in Lviv, where according to the testimony of Lieutenant Lerman, the head of the NKVD prison division in the Lviv region, 924 people were shot in three prisons. WE should also mention that communists did same in Belarus and the Baltic countries, but a significant part of the prisoners were saved due to a still more rapid offensive blow on the Wehrmacht.

In general, in Western Ukraine, over a few days in June, more than 5,000 people were killed in several prisons. However, there were general episodes beyond good and evil. We should remember the terrible Zalishchytska tragedy in the Ternopil region, when the NKVD burned two trains with prisoners (14 cars, each 50-70 people), and then threw them into the water, because retreating Soviet troops destroyed the railway bridge across the Dniester. 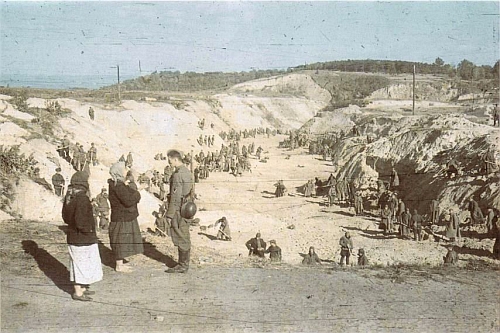 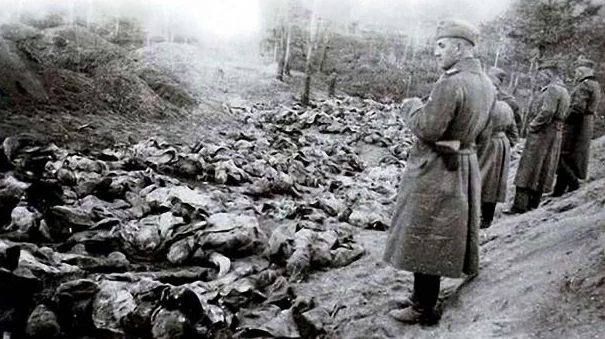 The Soviet government tried to fight panic during the German blitzkrieg with only two known methods: shootings and silence. One of the greatest crimes of the Communists was the complete concealment of the facts of Jewish genocide by the Germans in the first cities of Western Ukraine that were seized by the Third Reich. Most of the Jewish population was completely unaware of the attitude of the Nazis towards them. In addition, there was no centralized evacuation of people who were in a mortal danger.

To date, they have found no document and no evidence that the Soviet government at least sought ways to rescue those of its citizens, who under the conditions of occupation would have experienced not hard, hopeless, hungry, but still life, but cruel and inevitable death. Moreover, during the first days of war (those days were actually decisive for the fate of the Jewish population of the western regions) on the so-called old border (Soviet-Polish 1939) there were military outposts that detained everyone who had no special permission to leave the country. Until middle of August, Soviet propaganda did not say anything about mass shootings of the Jewish population. However, when the authorities recognized such actions, it only stated those were the executions of the Komsomol and communist activists.

Voluntary arrival of almost all of the Jewish population in Kyiv to Babyn Yar on September 27, 1941 is the most terrible evidence of this crime of the Bolsheviks. Since people did not expect anything bad, they did arrive for their own shooting as soon as they have received the order. Of the approximately 1.5 million Jews remaining in the territory of Ukraine occupied by Germans, almost nobody survived.

Undermining the dam of DniproGES in Zaporizhya 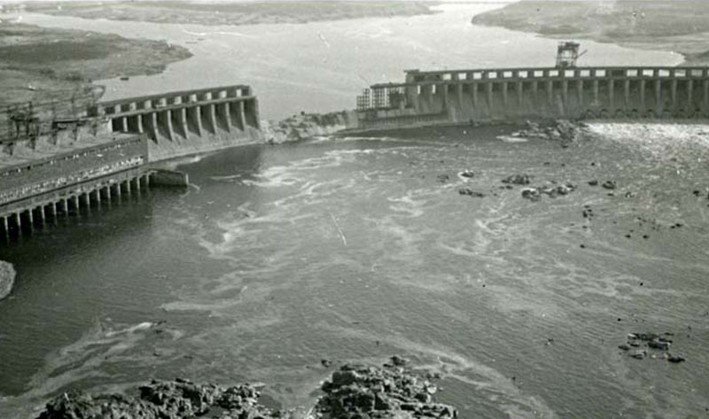 Since the first months of the war, the Soviet executives used tactics of “scorched earth” during the retreat; that is, to destroy the whole infrastructure without any concern for the future fate of the population that could not be evacuated. One of the most brutal manifestations of this tactic was the undermining of the dam of the Dnipro hydroelectric power station in Zaporizhya. On August 18, 1941, at about 8pm, after the breakthrough of the German troops in the area, the NKVD workers exploded the dam.

The explosion of 20 tons of toil resulted in a roughly 150m long hole; huge wave of water dipped down, causing the destruction and death of people in the coastal zone. There were some German troops that were hit by the wave, but there were even more Soviet soldiers who at that moment they were trying to get to the left bank of the Dnieper, as well as civilians on the island of Khortitsa and in the immediate areas. The German command asserted that then lost 1500 people. The victims of the Red Army and the civilian population are estimated at 20 thousand to 80-120 thousand people. There is still no exact data. 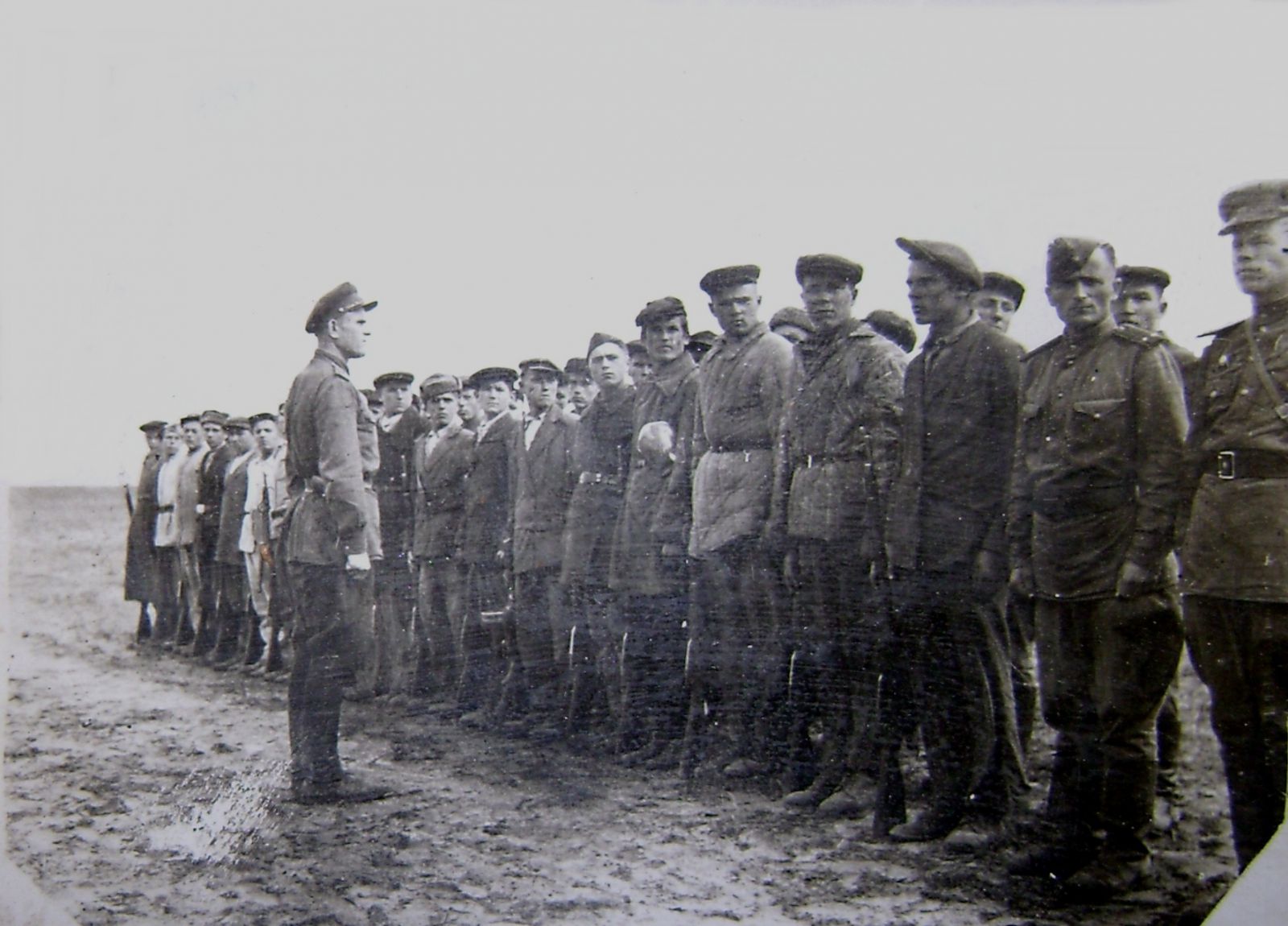 In the autumn of 1943, when after the victory in the Battle of Kursk Soviet troops entered the territory of Ukraine, the attitude of the Bolshevik executives to the local population, which for two years lived overrun by the Nazis, was to put it mildly mistrustful. Communists believed that all people (especially male) who experienced life under the Nazis rule were potential traitors and collaborators. Therefore, according to the logic of the Kremlin leaders, these people had to “blot out” their “crime”. When the Soviet troops entered the newly liberated Nazi Ukrainian settlement, the military commissariat followed them. They called to active duty all men who could hold arms in their hands.

After that, they were almost immediately ordered to attack German positions, not even taking time to give new soldiers their military uniform; this is how the name “black jackets” appeared – people went to battlefield in their regular black jackets. Often, they were also not given any weapons; they would get in battle! The corpses of the peasants made way for regular troops of the Soviet Army. The assault of Kiev in October 1943, when the Soviet authorities threw dozens of thousands of “black jackets” on the Bukrinsky bridgehead below the Ukrainian capital was especially terrible; the aim was to distract the main German forces, while regular units were changing their location using the Lyutzhskiy bridgehead above the city. On a six-kilometer shred of land, more than 250 thousand soldiers died, of which a large part was newly mobilized peasants in homespun jackets.

Deportation of the civilian population

The Kremlin recognized whole peoples as “traitors” which should at least be relocated from their places of residence for further assimilation and the destruction of protest potential. It began in 1941 and started with forced eviction of the Azov Germans to the territories close to Volga River. However, it was the end of the war when the flywheel of deportations began to work extremely intensively; then the Kremlin accused many ethnic groups of collaborating. 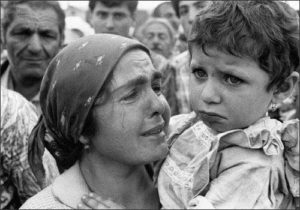 The Crimean Tatars became the most famous example of this practice.

In the spring-summer of 1944, after all German population was deported from Crimea, the Soviet authorities deported to Central Asia almost all indigenous population of the peninsula, including 180,000 Crimean Tatars. Subsequently, in the second wave of deportation, Crimean Armenians, Bulgarians and Greeks were evicted. The titular nation – the Ukrainians – suffered several waves of resettlement, the first two happening before the war. In addition, during 1945-1947, more than 80,000 people from Western Ukraine were deported to the Donbas and Siberia – they were accused of nationalism and “aiding Ukrainian Insurgent Army”.

Another 500 thousand people were deported from the western lands of Ukraine; according to the decision of Stalin, these lands later became the part of Poland.

Contact Kiev Tour Guide to take a Tour to Babii Yar or to the Museum of the Second World War. 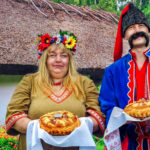 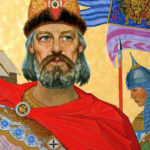 Yaroslav the Wise – Prince of Kyiv