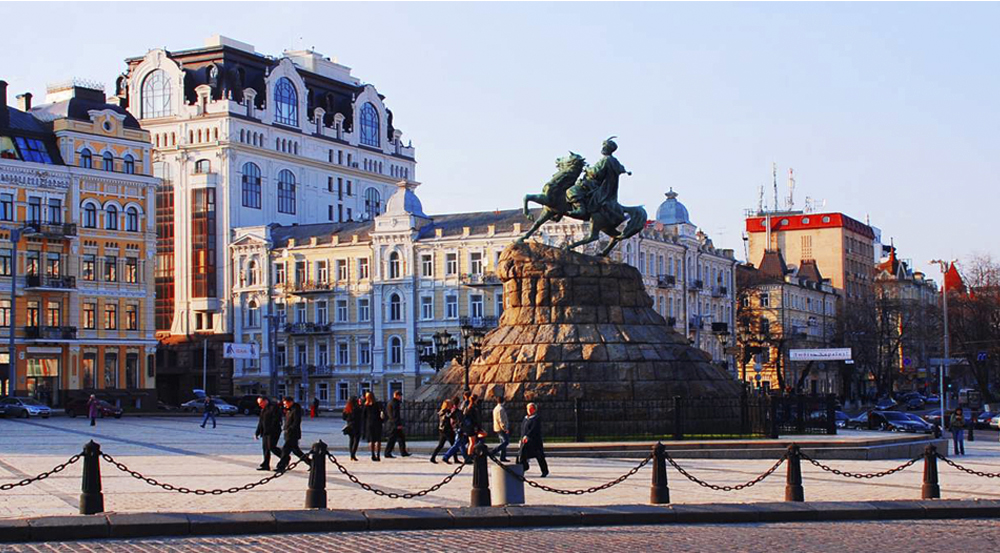 20 Interesting Facts about Kiev and Ukraine

Here are 20 facts about Kiev and Ukraine that we found it not trivial to share with you.

1. The most visited McDonald’s

Attendance of the McDonald’s located near the Kiev train station is ranked third among the restaurants of this type in the world. The restaurant is in the top five most populous and popular McDonald’s on the planet! Over the last year workers coped with over 2 200 000 orders. 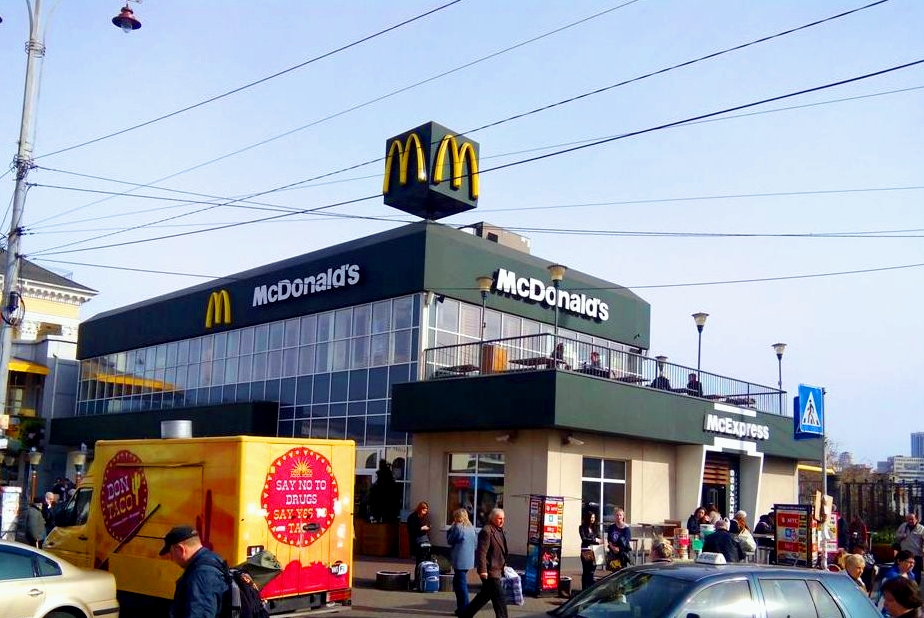 2. The deepest metro station in the world

Kiev metro station, called the Arsenalna, is today considered to be the deepest metro station in the world – it is located at the depth of 105 meters below the ground. The station was built in the early 60s near the Parliament building. They say there are secret shelters in the tunnels, located close to Arsenalna metro station; they believe these tunnels were arranged for political tops of the government. The next in this ranking is the Moscow station Park Pobedy (Victory Park) located at the depth of 84 meters, the building bears the title of the deepest metro station in Russia. But to say the truth it doesn’t worth to visit. Better go to see Golden Gate metro Station. The pic is bellow. 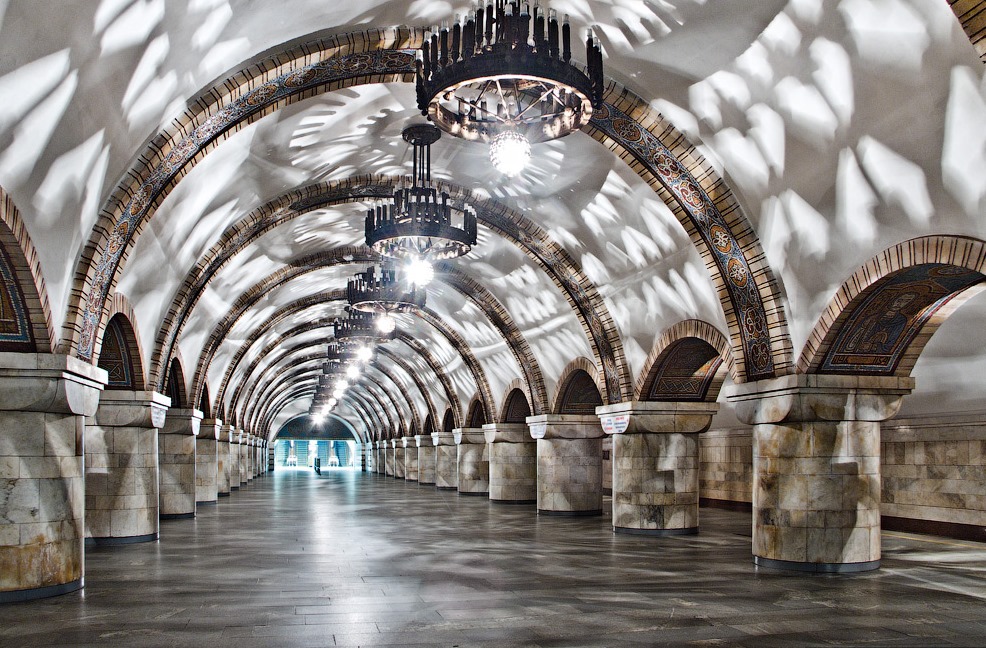 3. The oldest map in the world

In Ukrainian village Mezhireche archaeologists have found the oldest map in the world and the oldest settlement of those that were built by man. Scientists believe that these artifacts are 15k years old. Map is chipped on the mammoth bone with the help stones that were also used to construct buildings in the settlement. And did you know who was the first in the world to create constitution?

The author of the world’s first constitution was Ukrainian statesman Philip Orlik. In April 1710 he was elected the Hetman of Zaporozhye army. On April 5, the first day of being Hetman, Orlik proclaimed “Pact and Constitution of the rights and liberties of Zaporozhye Army”. The document that was rather forward-thinking for the time regulated the division of power into three separate branches; it documented duties and rights of the citizens and authorities. In essence, the pact was a kind of agreement between the Cossacks, the people of Ukraine and the Hetman. Many researchers believe that this document was the first constitution in the world. For comparison, in the United States Constitution was officially adopted in 1787 and in Poland and France – in 1791. 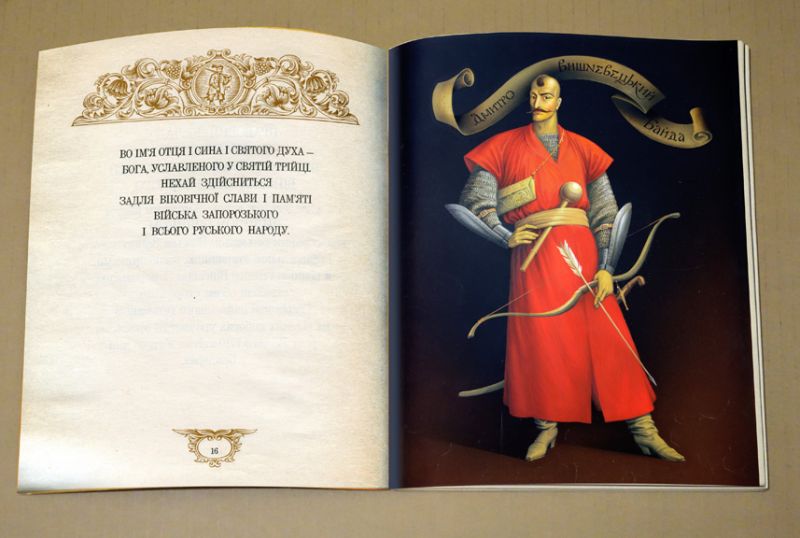 Geographical center of Europe is in one of the Ukrainian cities. It is located on the west of the country in the picturesque Carpathian village Rakhiv.

6. The Kiev State Museum of Miniatures

The miniature of world famous shod flea can be found in the Kiev State Museum of Miniatures. The author of this creation is Syadristy Nikolai – famous Ukrainian master who created over 1,000 miniatures. By the way, attending of this museum is included in the Lavra Tour by Guide me UA. 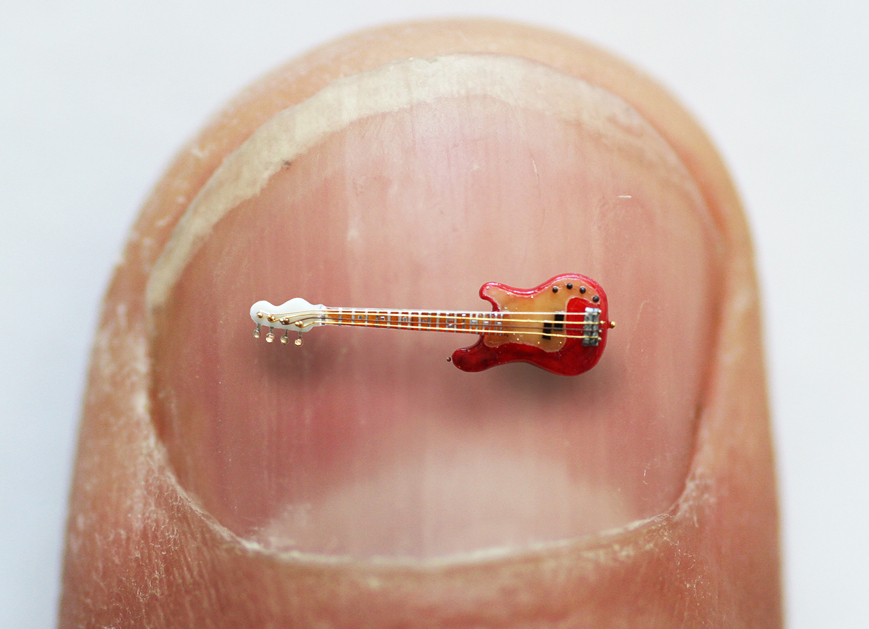 7. The most melodious language in the world

In the ranking for the most melodious language in the world Ukrainian its rightful place, it is second only to Italian. In addition, at the Paris language contest held in 1934 it was recognized as the third among the most beautiful languages ​​in the world according to several criteria: vocabulary, phonetics, construction of sentences and phraseology, the first two are Persian and French.

8. One of the most popular songs in the world

One of the most popular songs in the world Summertime was composed by George Gershwin who was inspired by the lullaby “Oy Khodyt Son Kolo Vikon” (“The Dream Passes by the Windows”) performed by the National Ukrainian choir.

9. Ukraine is the world’s fifth largest consumer of alcoholic drinks.

Ukraine is the world’s fifth largest consumer of alcoholic drinks. Only Czechs, Hungarians, Russians and Moldovans drink less than our countrymen. According to statistics, every citizen of Ukraine aged over 15 drinks more than fifteen liters of alcohol per year; that is one liter more than Irish drink and two liters more than resident of Norway do. Book Pub Crawls or Nightlife Tours in Kiev with cute female guides by Guide me UA.

10. Anthem of Ukraine is in fact only 6 lines

Anthem of Ukraine is in fact only 6 lines – four of them in verse and two in the chorus. The rest of its verses, written by the poet Paul Chubinskiy and music composer Mikhail Verbitsky are not officially approved because of political incorrectness (the words “Let us brothers stand in a bloody battle from Syan to Don” imply a claim for the Russian and Polish lands).

According to statistics about 40% of all crimes in Europe are detected, and in Ukraine this index is almost 90%. According to human rights activist, this unnaturally high level of detection is the result of authorities’ reluctance to register “hopeless” cases (for example, theft of mobile phones) and securing false confessions from suspects. 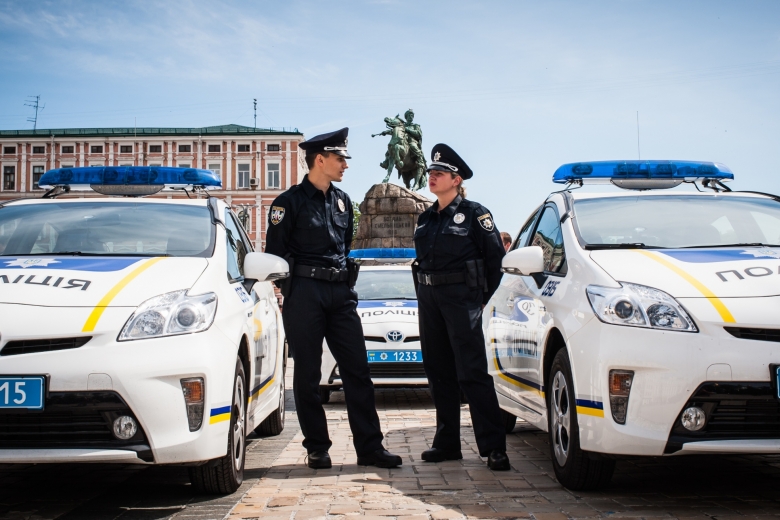 12. The largest in the world supply of manganese ore

Ukraine has the largest in the world supply of manganese ore – 11% of the deposits of the entire planet, or 2.33 billion tons.

Ukrainians, and more specifically – the Antonov Design Bureau developed the aircraft with the highest capability of carrying in the world, it is called An -255 “Mriya”. The unit was originally designed for the transportation of the air space ships. Today, “Mriya” performs bulky cargo transportation. 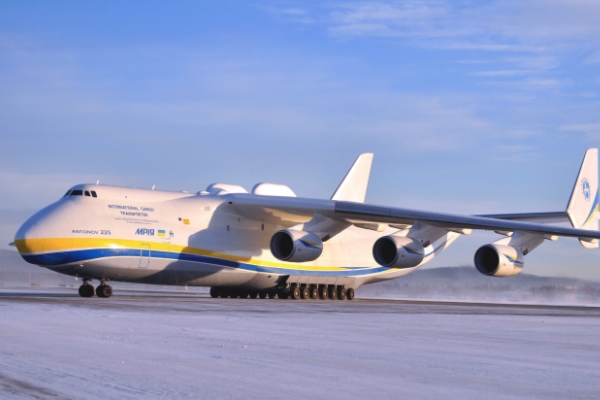 14. Christmas folk song Shchedryk is one of the most popular in the world.

Christmas folk song Shchedryk is one of the most popular in the world. The author of the composition is Nikolai Leontovich, popular Ukrainian composer. The world knows the song as the Ring Christmas Bells or Carol of the Bells. Different versions of Shchedryk get millions of views on Youtube. You could also hear this song in the movie Home Alone. 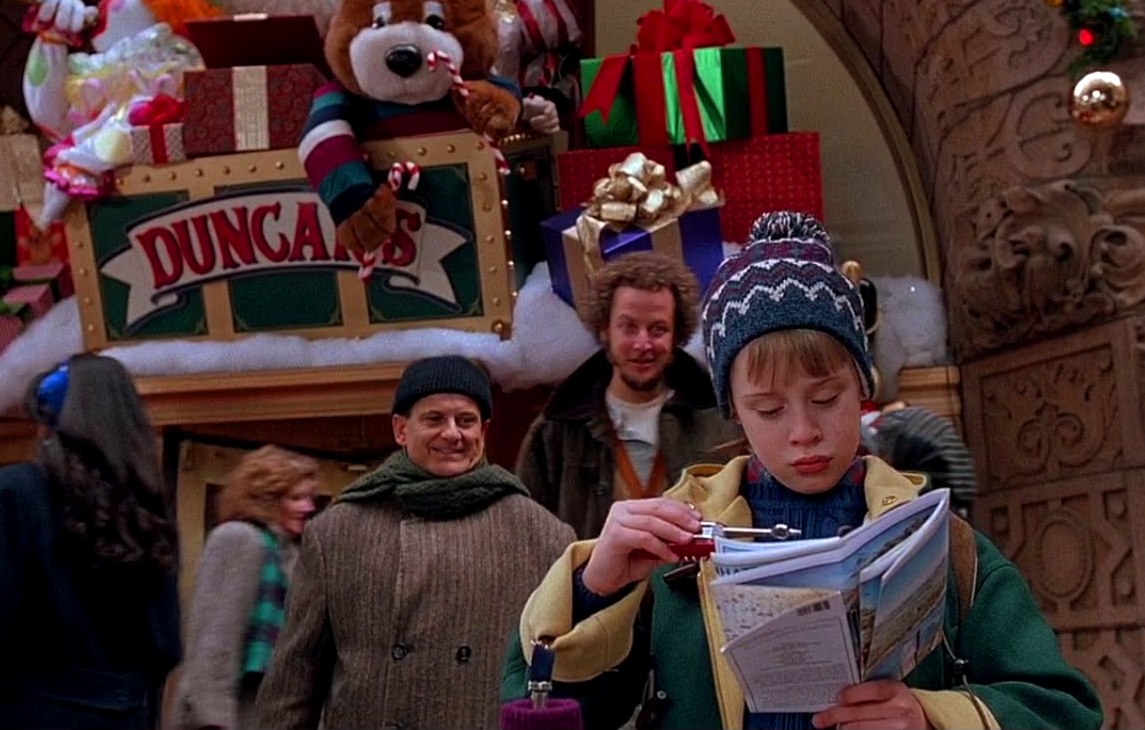 The Ukrainian authorities on its own initiative refused the storage of the world third largest stock of nuclear weapons. In return Ukraine was granted funds for the disarmament and security assurances given by the nuclear powers.

16. In Ukraine the batteries are not subject to separate recycling

Unlike other countries, in Ukraine the batteries are not subject to separate recycling. Yet the batteries contain toxic components that pollute the soil and waters of the country.

At the moment of declaration of independence of Ukraine, the statistics declared 19.4 million pigs in the country, today there are less than half – 8.3 million. Despite the fact that Ukrainians are famous for their love to pork, average citizen of the country consumes a total of 18 kilograms of pork in a year. Even German consumes three times as much. 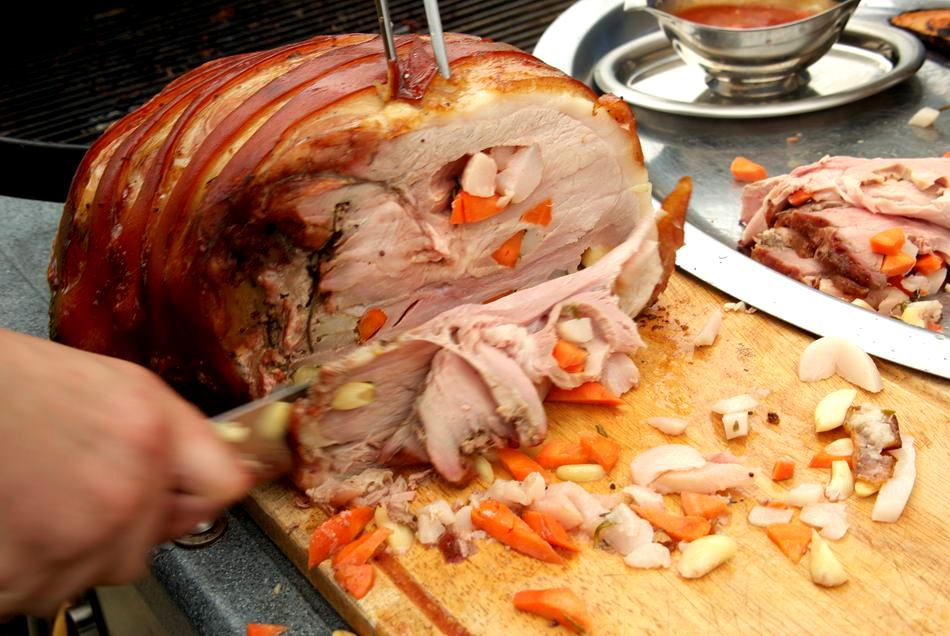 18. Dmitry Khalaji – Ukrainian powerlifter, who was listed in the Guinness Book of World Records

Dmitry Khalaji – Ukrainian powerlifter, who was listed in the Guinness Book of World Records as the person who set more than 20 records. For example, he can hold the plates with the total weight of 700 kilograms, while these plates are being broken with hammers. This trick is called “Devil’s smithy”.

Ukrainian plant “Pivdenmash” located in the city of Dnieper produces the most environmentally friendly launch vehicles in the world; such equipment is used to ship bulky commercial loads into the space. The launching of goods is performed within the framework of international project “Morskoi start” (“See launch”).

20. The Ukrainians have recently made the most capacious glass for champagne in the world

One of the official Guinness World Records: the Ukrainians have recently made the most capacious glass for champagne in the world – its capacity is 56.25 liters. 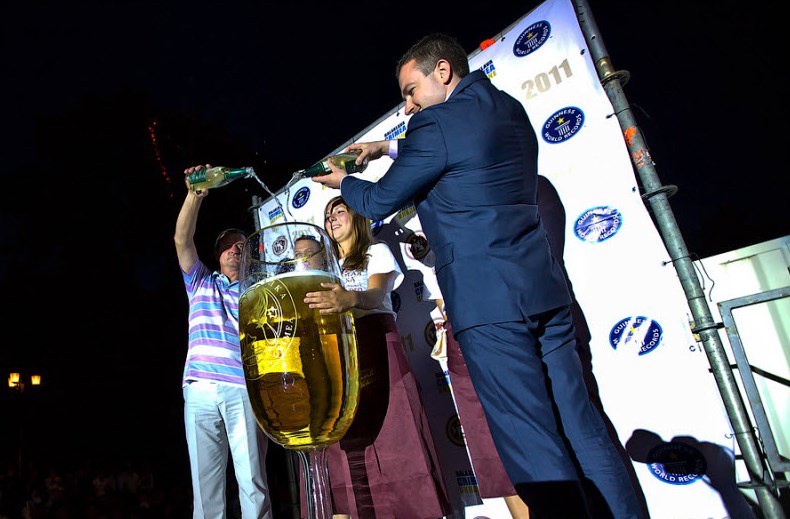 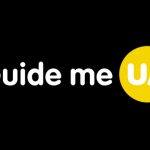 Guide me UA. Tours around Kiev from Local Guides 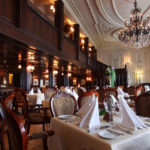