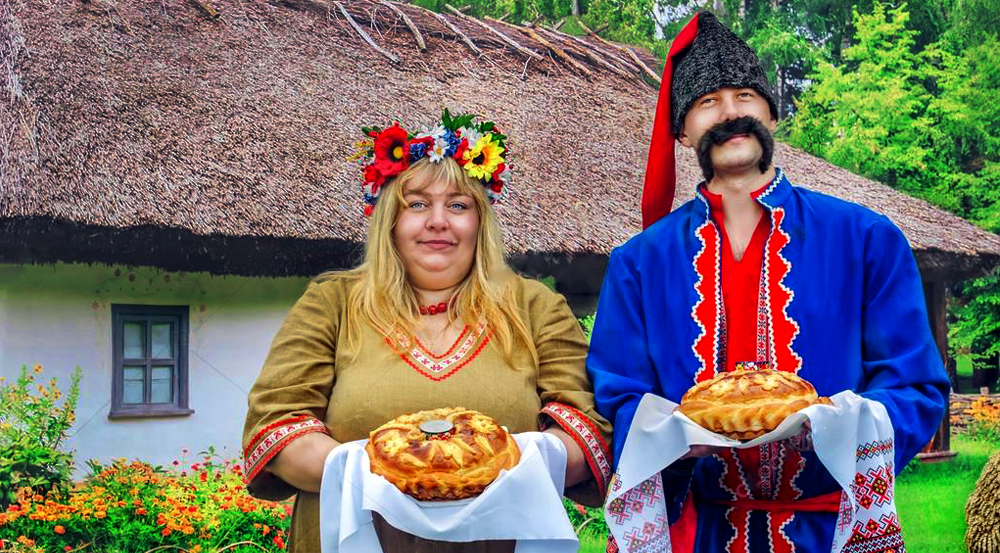 Ukraine is becoming more attractive for foreign tourists and we decided to collect information that you did not know about it. So, here are 15 Incredibly Interesting Facts Nobody Knows about Ukraine.

1. First Constitution in the World 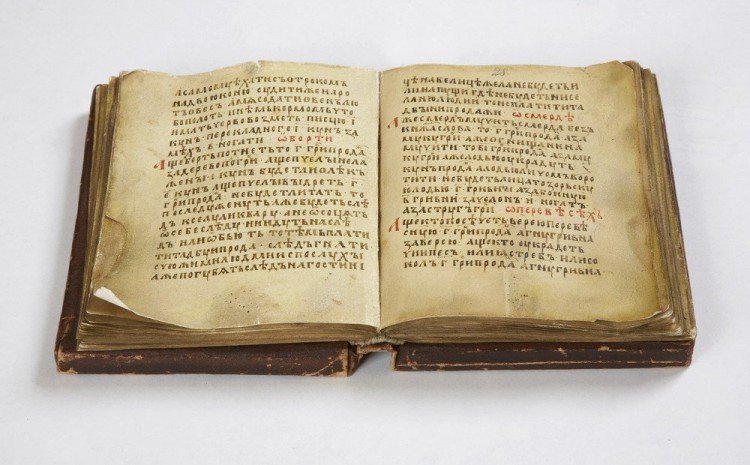 2. 3rd The Most Beautiful language

In 1934 in Paris, at the competition for the beauty of languages, the Ukrainian language took the third place after French and Persian according to such criteria as phonetics, vocabulary, phraseology, sentence structure. The melody of Ukrainian is recognized as the second most beautiful among the languages ​​of the world, after the Italian.

From the point of view of vocabulary, the closest to the Ukrainian language is Belarussian (84%) and Polish (70%).

Among nouns, the most widely used word is “hand”, “to be” among the verbs, “large” among adjectives, and “he” among pronouns. The least used are the words “mutation”, “stack”, “radio”, and “squirrel”.

3. The Longest Musical Instrument in the World

Ukrainian trembita is the longest musical instrument in the world. It can be as long as four meters, and its sounds are heard for more than ten kilometers. 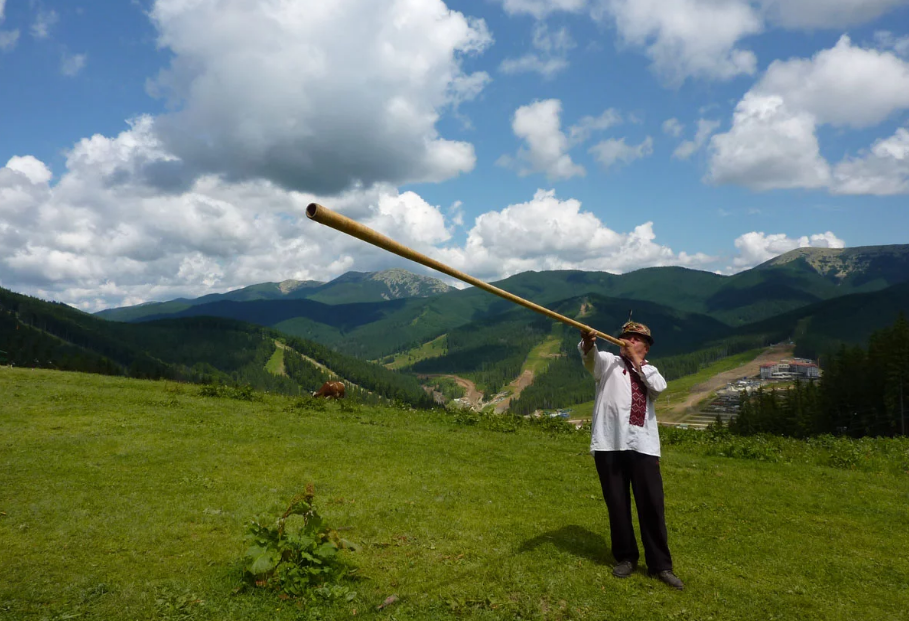 Ukraine has one fourth of all black soil on the planet. Black soils, when properly treated, produce the most crop and are very valuable. During the Second World War, German soldiers even exported black soil by trains. 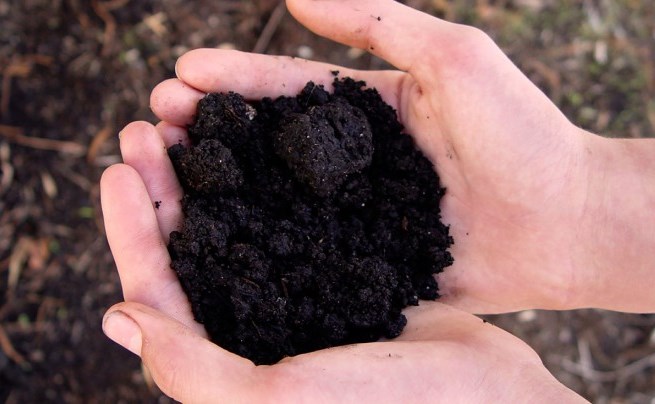 The first printed ABC-book was published by the Ukrainian author and was entitled “Science to Reading and Understanding the Slavic Letters.” It was released in Vilnius in 1596 by the efforts of Lawrence Zizania. The book was complimented with dictionary containing 1061 words.

The first primer, issued in Ukraine, was “Bukvar” (“ABC”), printed in 1574 in Lviv by Ivan Fedorov. The book consisted of alphabets, syllables, samples of case inflections and small reading book. Only one copy survived – it was found in Rome in 1927. It is kept at the Harvard University Library (USA). The facsimile edition was made in Kyiv in 1964 and 1974.

6. The Oldest University in Eastern Europe

The oldest educational institution in Eastern Europe is the Kyiv-Mohyla Academy (1615).

Ukraine ranks fourth in the world in terms of the number of citizens with college education. The population of Ukraine is among the most educated, and the number of people with higher education per capita is higher than the average European level.

The oldest known map, as well as the most ancient settlement of Homo Sapiens were found in Ukraine: in the village of Mezhyrichya of the Rivne region. They are about 14.5-15 thousand years old. The map was indented on the bone of the mammoth.

8. The Way from the Vikings to the Greeks

One of the largest historical transport routes – “the way from the Vikings to the Greeks” – a system of river routes and drafts between them with a length of 3 thousand kilometers, linking the northern lands of Ancient Rus with the southern Russian lands and the Baltic Sea with the Black ran on the territory of modern Ukraine. Throughout the ancient history Ukraine-Rus served as a bridge between the worlds of Eastern Europe and the Ancient East, and Europe – ancient, Byzantine and Latin.

Of 12 lavra monasteries of the world, four are located in Ukraine – three Orthodox and one Greek Catholic. These are the Kyiv-Pechersk Lavra, Kyiv (1051), the Pochaev Lavra, the Pochayiv, the Ternopil Region (1833), the Holy Assumption Svyatogirsk Lavra, the Holy Virgin, the Donetsk Region (has the status of lavra monastery since 2004) and the Holy Assumption Univese Lavra (Greek-Catholic), Univ (1898). Other lavra monasteries: in Russia – 2, in Georgia – 1, in Poland – 1, in Romania – 1, in Palestine – 1, in Greece – 2. 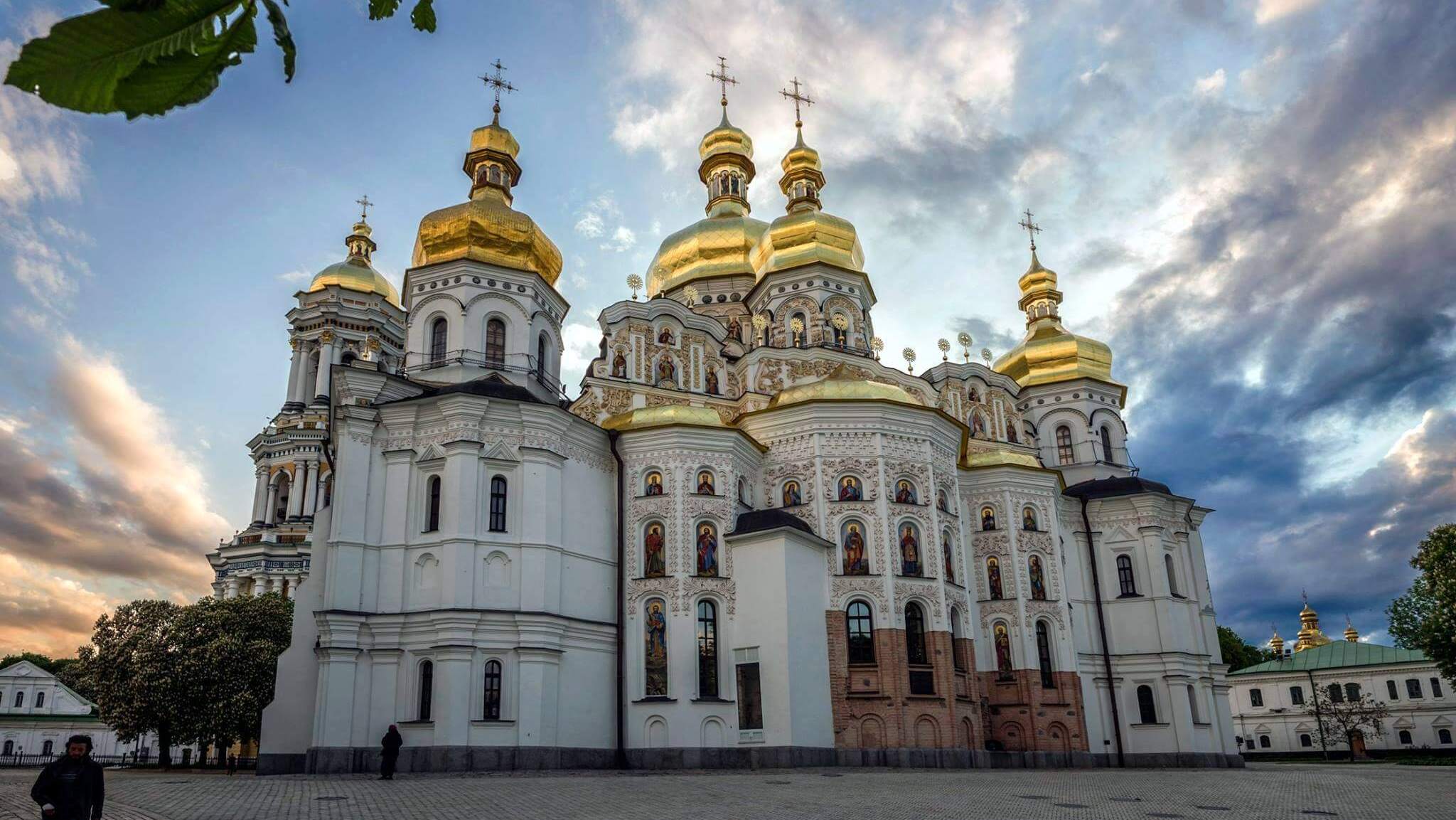 The first frame beehive was invented in Ukraine in 1814 by Petro Prokopovich. In recent years, Ukraine has been confidently retaining its rightful place in the top three world leaders in honey production. Outperforming European countries by honey production, Ukraine is at the same time the world’s largest producer of honey per capita (1.5 kg).

The first gas lamp was invented in Lviv in 1853 by Ignatius Lukasevich and Jan Sach, workers of the pharmacy “Under the Gold Star”. Same year, the first surgical operation with a kerosene lamp illumination was performed in Lviv hospital. Later, at international exhibition in Munich the kerosene lamp was presented to public; the invention was widely recognized and praised.

13. The 2nd world deepest metro station is located in Kyiv 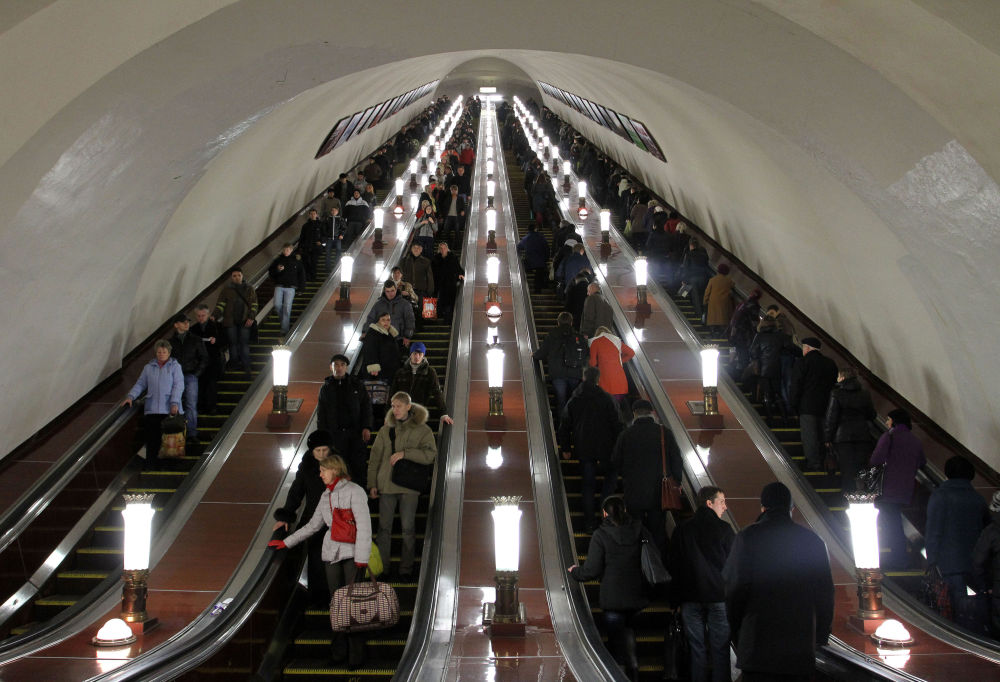 One of the most famous Christmas songs in the world is Shchedryk, folk song composed by Ukrainian composer Nikolai Leontovich. The world knows it as Carol of the Bells or Ring Christmas Bells. On Youtube various performances of Shchedryk have millions of views.

15. One of the Largest Deserts in Europe

Oleshkivska Desert, one of the largest deserts in Europe is also located in Ukraine. In fact, Oleshkivsky Sands are boundless dykes (locals call it kuchugura) about 5m high and with shallow vegetation. These sands are located in the Tsyurupinsk district (the old name for Tsyurupinsk is- Olechky), 30 km east of the city of Kherson.

More interesting fact you might not have known about Ukraine and Ukrainians:

During the Anglo-Boer War (South Africa) in 1899-1902, the commander of one of the detachments of the Boers, Ukrainian Yuriy Budyak, rescued one young English journalist. Subsequently, the latter helped Budyak to join Oxford University. In 1917, Yuri worked in the government of the Ukrainian People’s Republic. In 1943, Yuriy Budyak died in Soviet concentration camp. The English journalist was Winston Churchill.

In the modern Ukrainian language, unlike Russian, the ancient Slavic names of the months have been preserved: sichen for January (in Ukrainian – the time of deforestation), lyutyi for February (for fierce cold), berezen for March (here there are several interpretations: birch begins to bloom, birch juice was taken, using birch wood for charcoal) , kviten for April (the beginning of birch flowering), traven for May (grass green), cherven for June (red cherry), lypen for July (the beginning of flowering of linden), serpen for August (from the word “sickle”, indicating the time of harvest), veresen for September (flowering of heather), zhovten for October ( yellow leaves), lystopad for November (leaves falling from trees), gruden for December (from Ukrainain gryda – pieces of frozen soil on the road).

Ukrainian folk songs encouraged many composers to write world musical masterpieces. For example, famous composition Summertime – aria, written by George Gershwin in 1935 for Porgy and Bess, one of the most famous songs in the world, is based on the Ukrainian lullaby. Gershwin heard it in New York performed by the Ukrainian National Choir under the direction of Alexander Koshits. He heard it and wrote one of the most famous jazz pieces. Since its creation, many performers tried their best, but the most famous version is Summertime performed by Louis Armstrong, Ellie Fitzgerald, and Charlie Parker.

Kobzars (travelling singers) recognized authorship only of Hryhoriy Skovoroda and Taras Shevchenko. Other oral poetic texts were quoted without reference to authors.

Monuments to the famous Ukrainian poet Taras Shevchenko can be found in 1200 places around the world.

The oldest tree in Ukraine is the 1300-year-old oak in the Yusefin tract of the Rivne region.

Ukrainian enterprise Pivdenmash (Dnipropetrovsk) produces the most environmentally friendly carriers in the world.

In the course of Russification, Russian officials have distorted many Ukrainian surnames. For example, in the nineteenth century Ukrainian family of the Chekhs became Chekhov for some reason. Grandfather of famous writer Chekhov was still Chekh, and writer Chekhov wrote that his grandfather was Ukrainian.

Quite funny Deinecks turned into Denikin. Cossacks Rozumy became Rozumovsky, Tchaika become Tchaikovsky. Petro Chaika, grandfather of Petro Tchaikovsky, the great composer – graduated from the Kyiv Mohyla Academy and was sent to the Russian government headquarters in Vyatka. Probably the Ukrainian atmosphere in the Tchaikovsky family was much better preserved than in the Chekhovshom; from the age of 24 almost every year the future composer lived in Ukraine for several months where he wrote more than 30 pieces, among them – the opera “Koval Vakula” (also known as Cherevichki), Mazepa, song-romance “Cherry Garden Blossom by the Hut”, musical parts for the poems by Taras Shevchenko.

In the brutal times of the onset of the empire onto the Ukrainian language, he sought staging of Taras Bulba by M. Lysenko and used many Ukrainian folk songs in his masterpieces.

Learn more about Ukraine on our Private Tours: 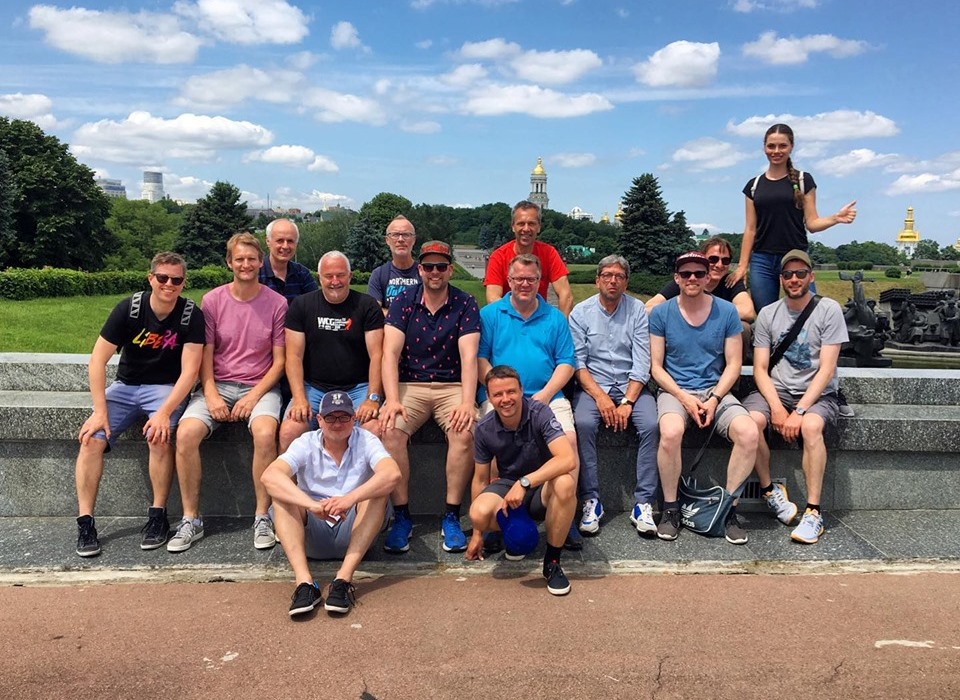 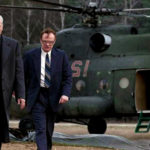 Chernobyl HBO TV Series: What Really Happened and What Never Did!

5 Greatest Crimes of Soviet Regime during the Second World War