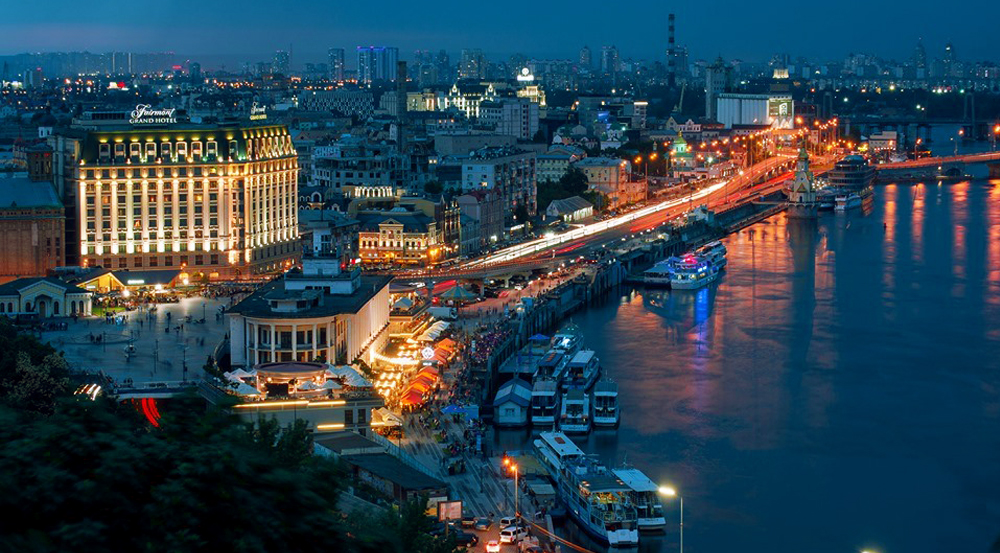 10 Things That Have Changed Kiev for the Better in 2019

Over time, things get better!

Open doors of the river station, new bicycle and pedestrian bridge at a height, reduced copy of the central railway station and much more.

We live in a world of bad news. Every day something that can disturb us, make us angry or upset or just spoil the mood may happen. Moreover, often we are choosing this type of news (in any case, the research of Mark Trussler and Stewart Soroka from the Canadian University of McGill confirms this).

However, there are many good things happening in the world every day. Kyiv is not an exception. Our city is changing, even if we do not notice it. Not so long ago, we could not use bankcard to pay in the subway, there was no express train to Boryspil Airport, and we could not work in our own technology parks and enjoy inclusive theaters.

In this article, we tell about 10 Things That Have Changed Kiev for the Better in 2019.

The river station was built in the middle of the last century. For long, it worked at its full capacity, but in 90s, traffic decreased, and the number of passages declined. In 2012, the station was closed for reconstruction, and was only opened in April this year.

Now the building has large art space. Old frescoes on the walls harmoniously combine with the contemporary art that is exhibited there. From the waterfront there is the food zone called Bukhta Food Station, where you can taste Chinese noodles, Mexican tacos and even сhebureks (meat pastry)! The location finally came to life, became modern and now it is visited by thousands of people every day. Is not it a victory?! 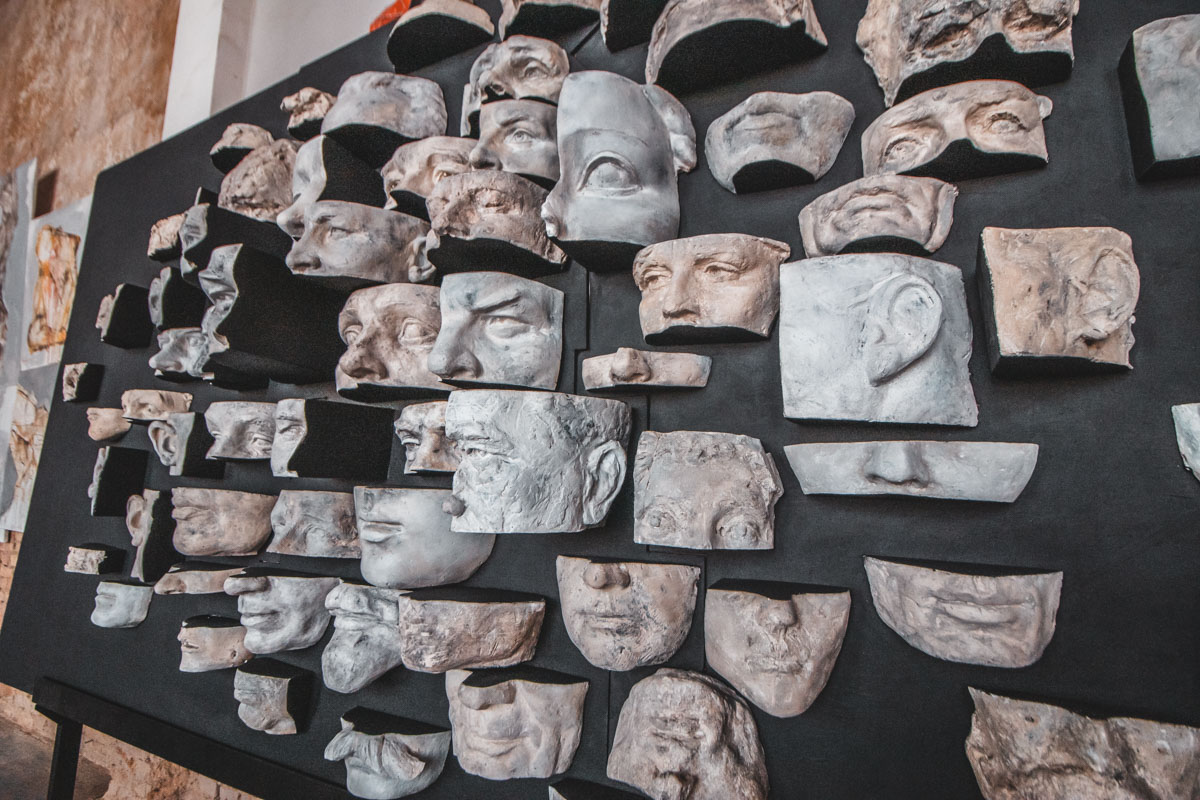 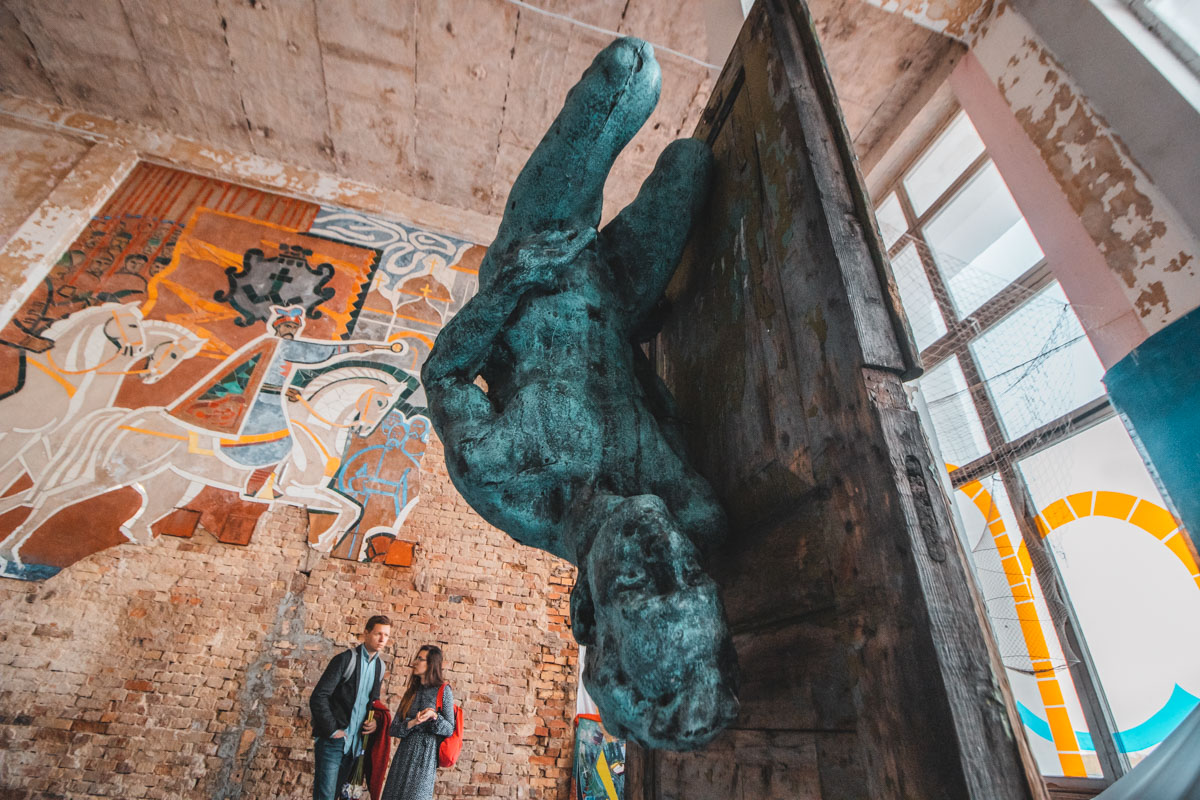 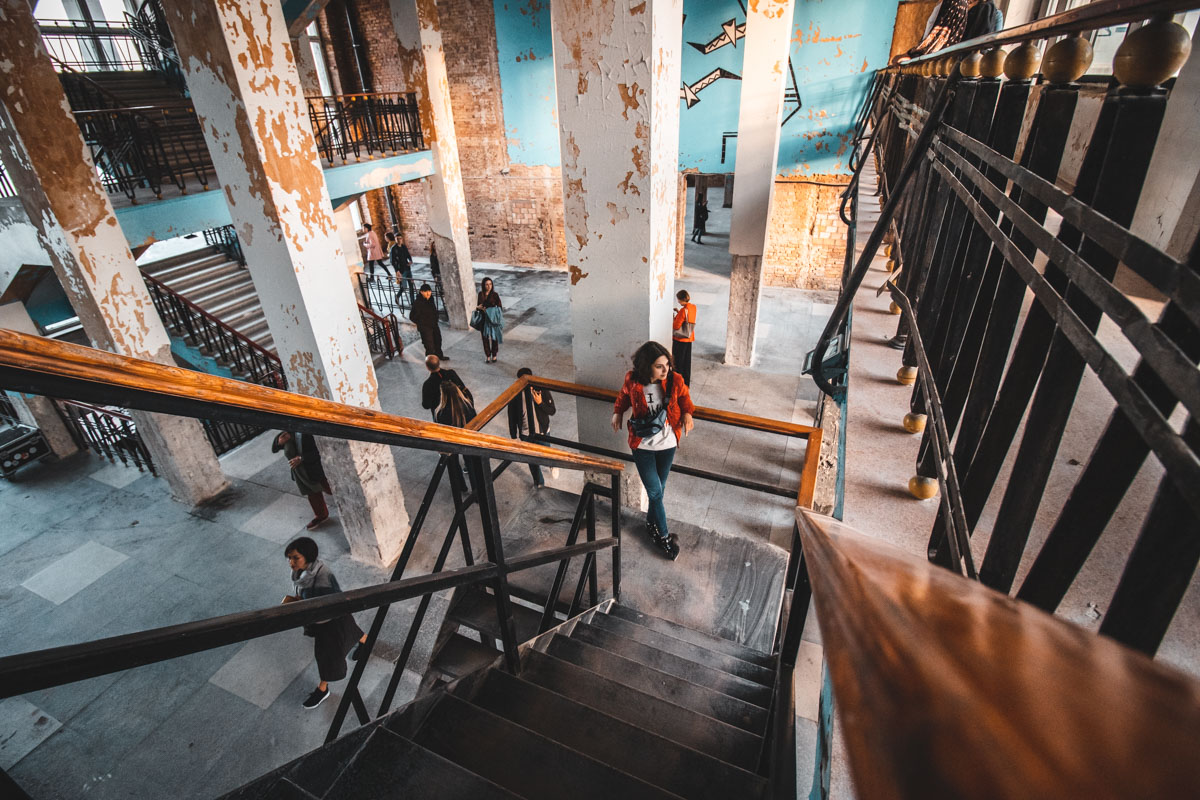 This innovative park was compared to Google campus and the Silicon Valley. One can only sure say that Ukraine has not seen such ambitious plans for a long time. Business campuses, accelerators, laboratories, coworking spaces, IT schools… They also plan to add housing, kindergartens and schools. To make it short, it is closed ecosystem with everything necessary for life in one place. 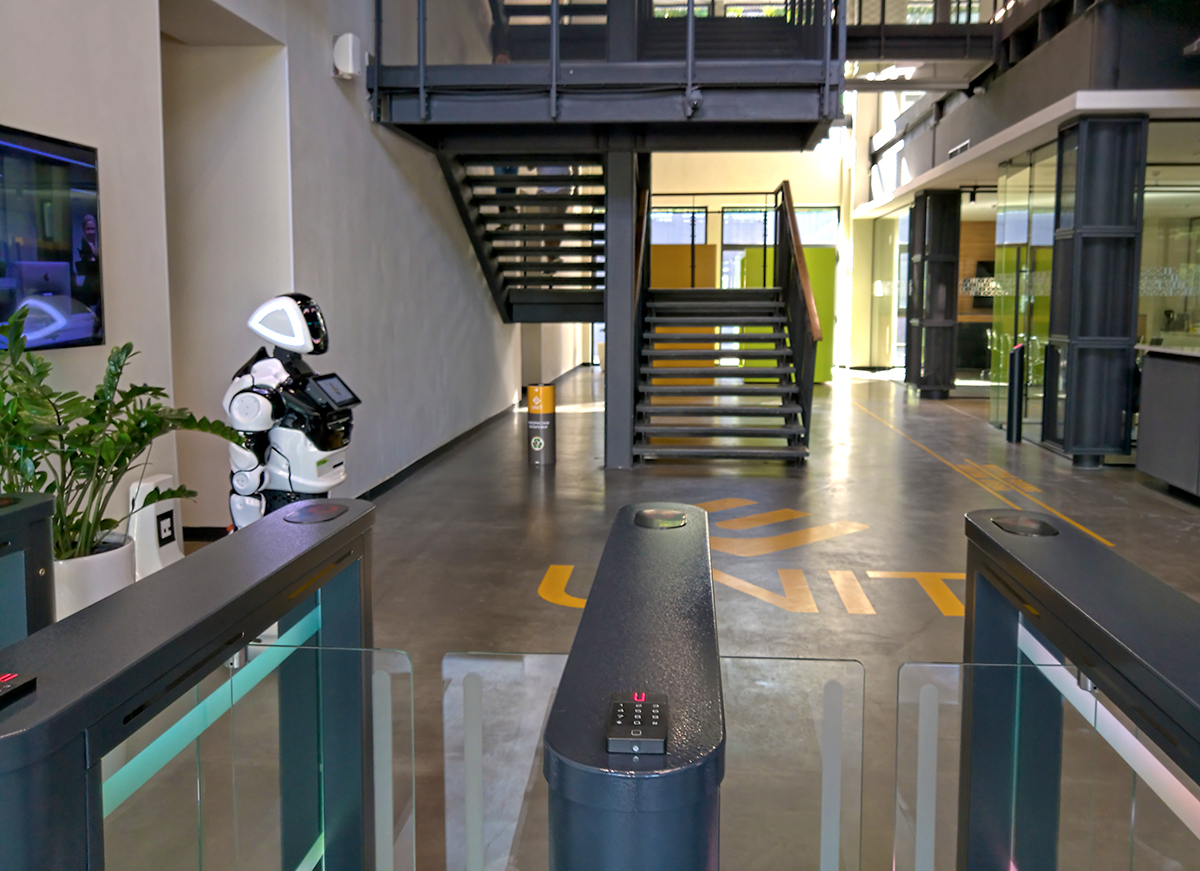 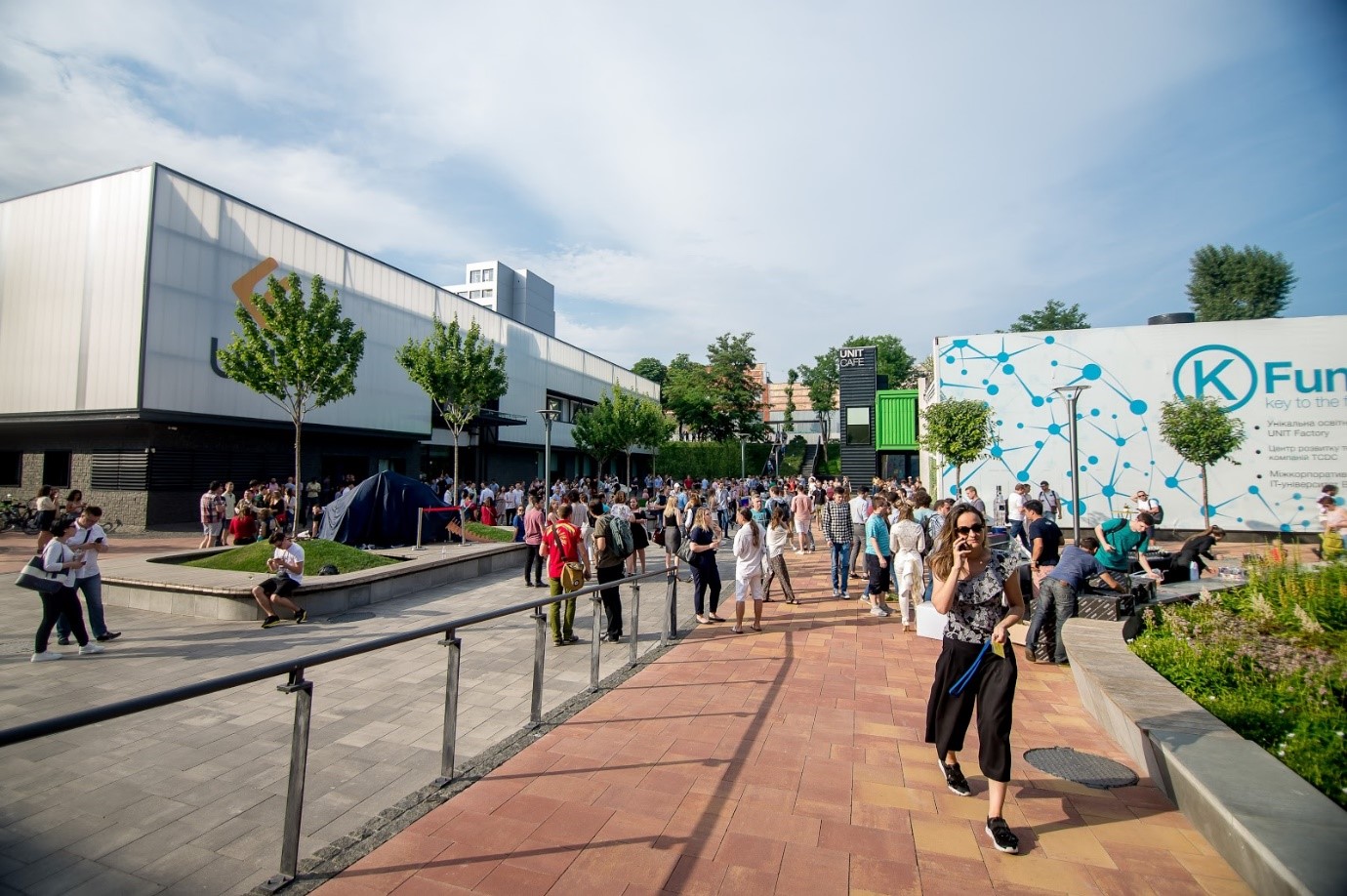 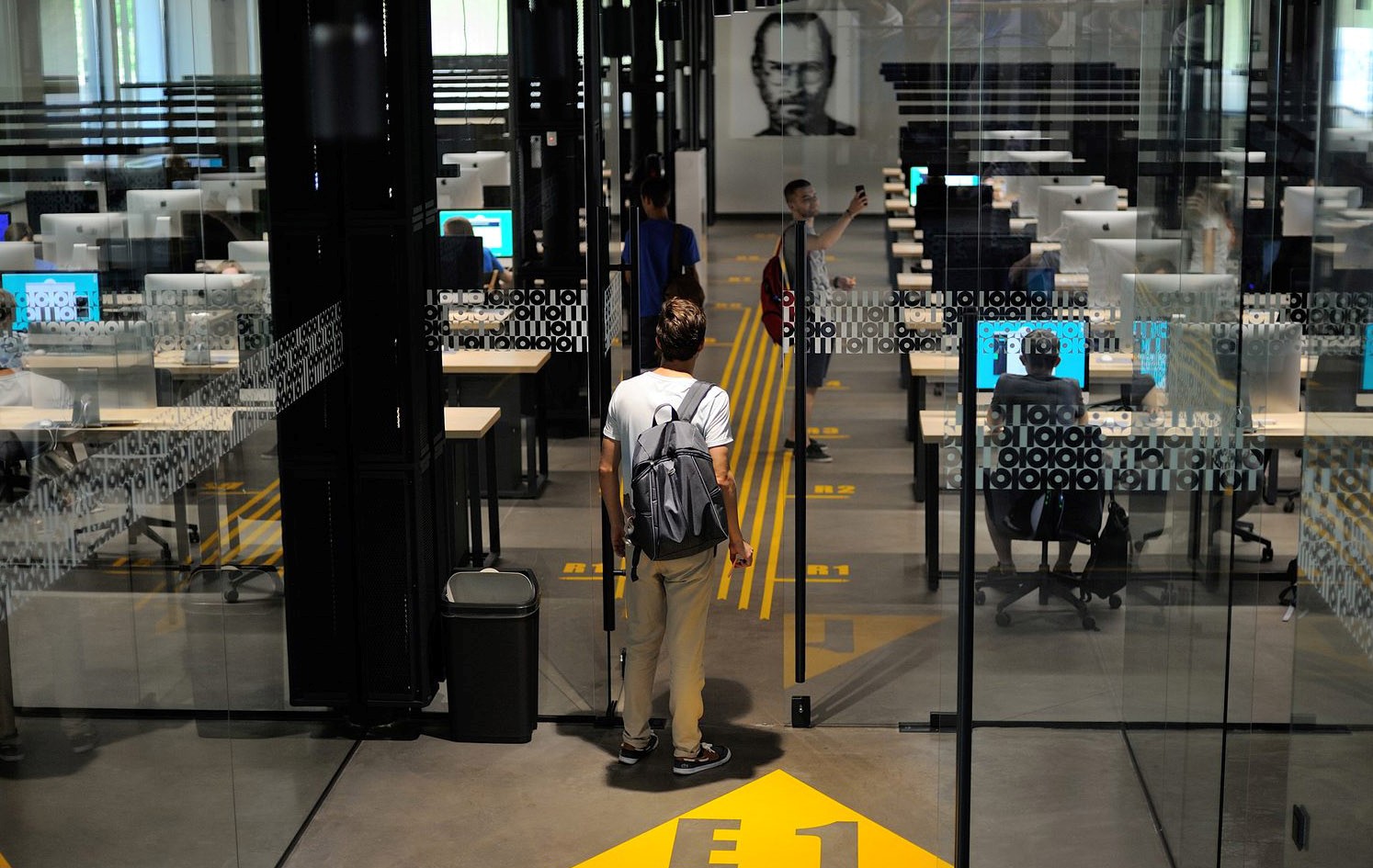 Stairs on the Landscape Alley

The old wooden staircases were one of the oldest in Kiev. Therefore, it is not surprising that from time to time one of the stairs was broken and needed repairs. However, it never stopped nonconformist youth from meeting there for music parties.

The new version of the stairs is more durable, reliable and bright (in the literal sense of the word, because they have spent record amount of money). The area around the stairs was improved and decorated. Now you can take a walk, relax and make beautiful photos there. 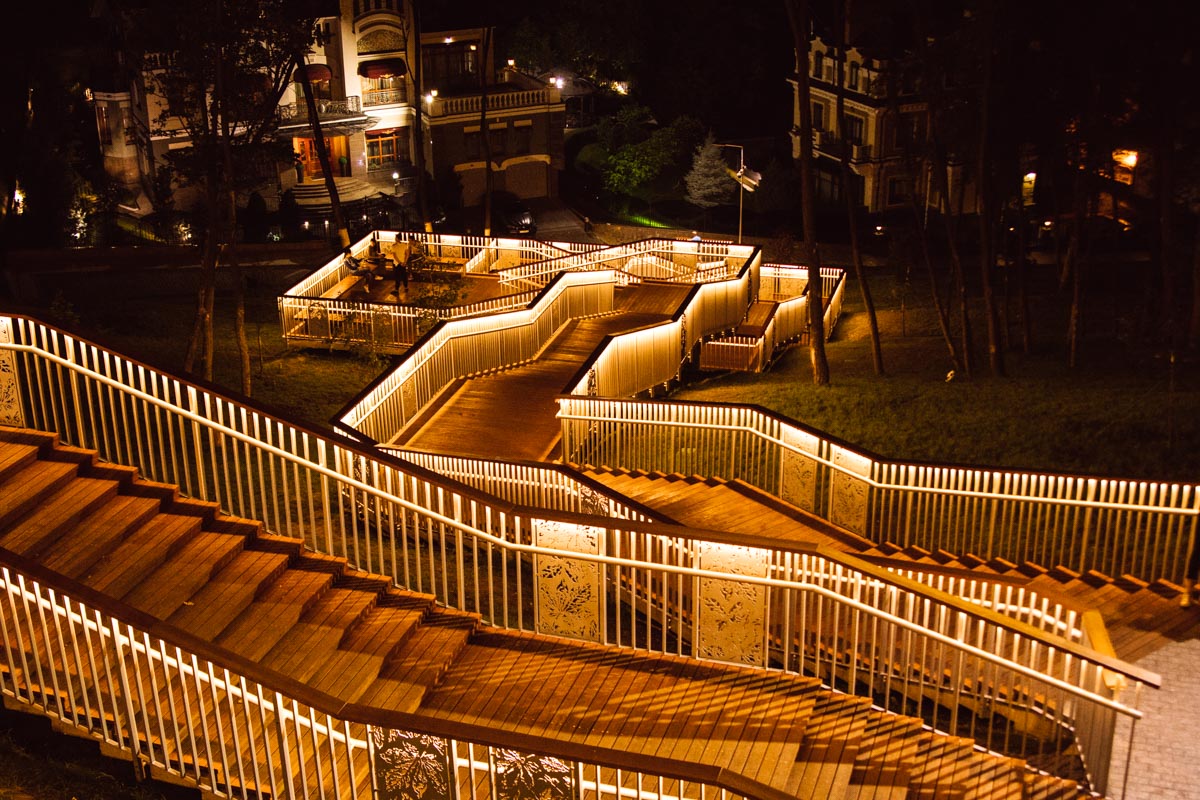 210-meters long and 30-meters high bridge was opened this summer. It connects the Volodymyr Hill with the Khreshchatyi Park and Arch of Peoples Friendship. From here, Kiev and the very Dnieper rafts, described in verse, same as the beaches of Trukhanov Island are also very well seen. It is especially beautiful here at night when the lights of the city and the bridge itself are lit.

There is no other place where you can see the city of Kyiv like that. Take Kyiv Private Tour which will include this bridge. 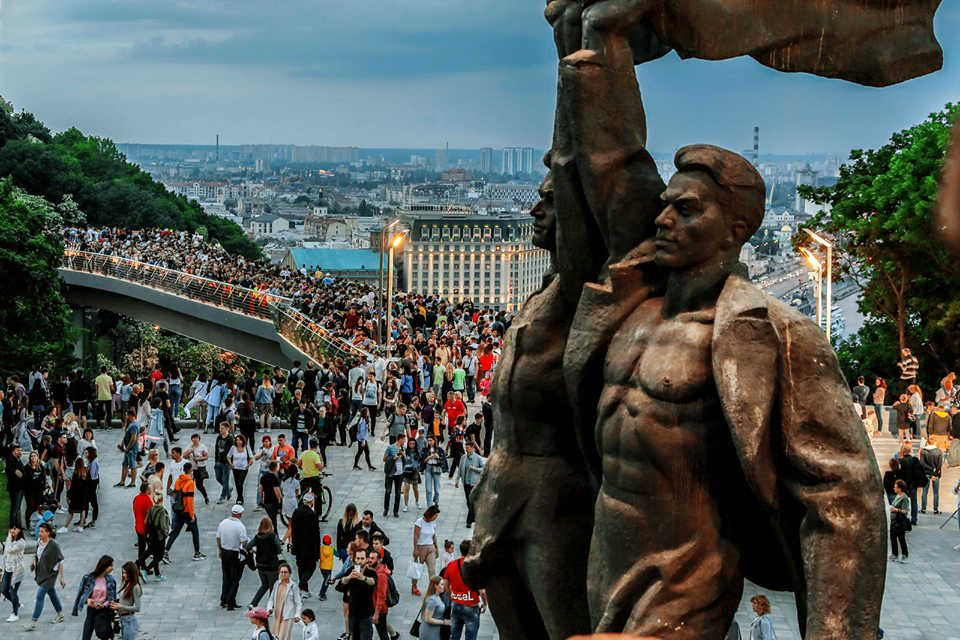 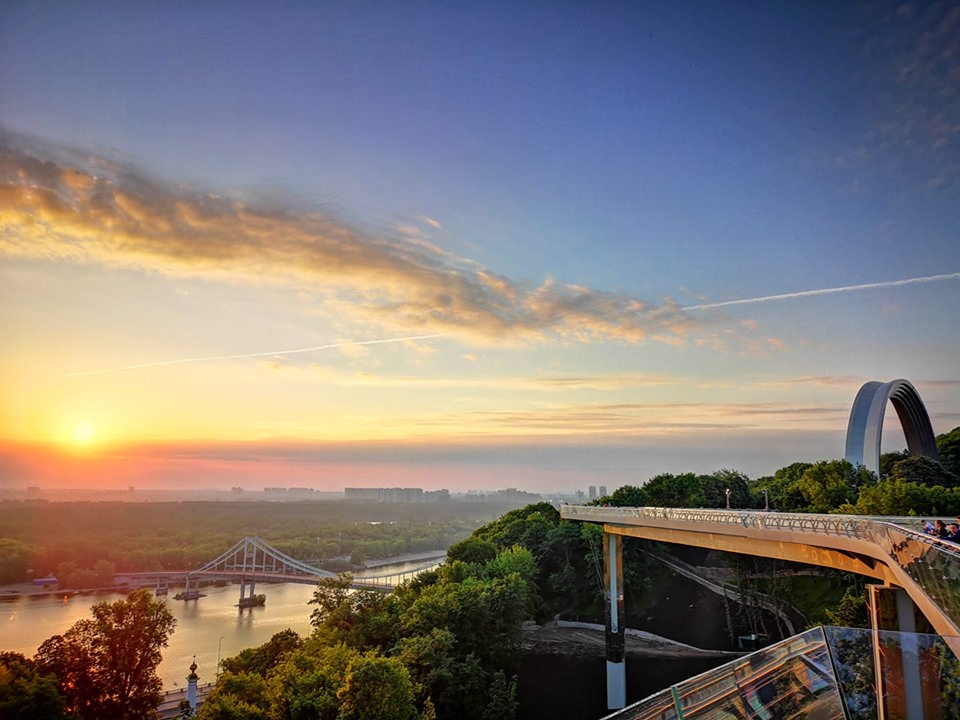 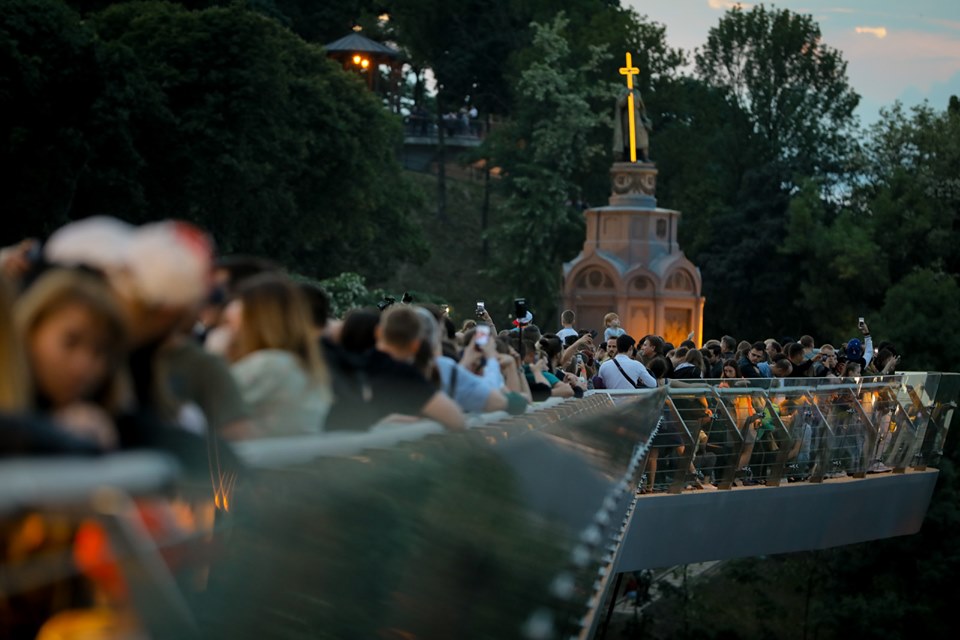 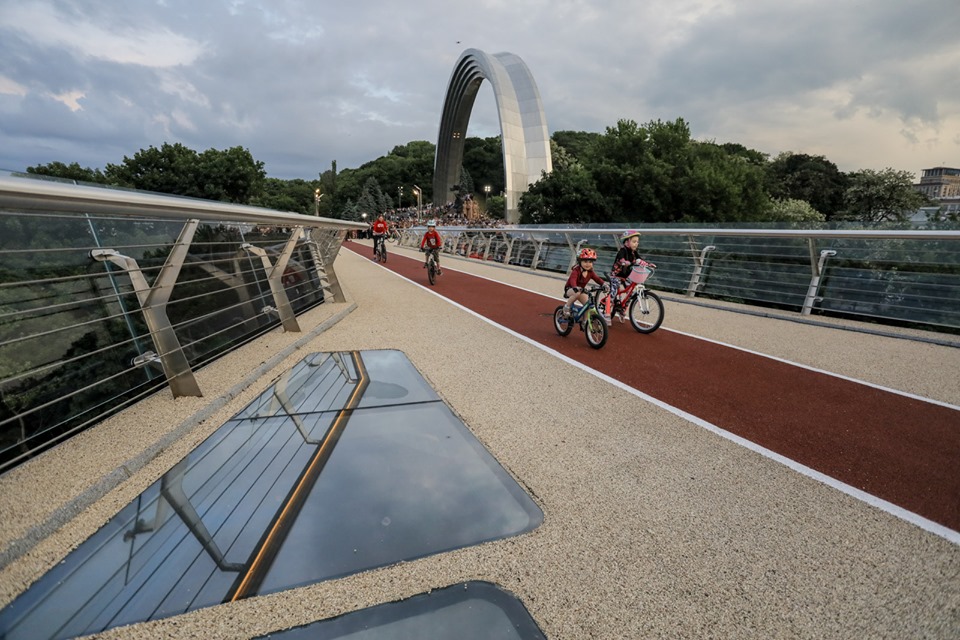 Search! project is the history of Kiev in bronze mini-sculptures. You can find such symbols of the capital as chestnut, Kiev cake, dry jam, chicken Kiev, plinfa, Samson tearing the lion’s mouth, the hero Cyril Kozhemyak and the golden shoe of Serge Lifar.

You can learn more about the history of Chicken Kiev dish for instance while the Private Gastro Tour, tasting Ukrainian food in different restaurants.

As of today, there are 17 such miniatures, and by the end of 2019, they are planning to open at least six more! If you find them all, we guarantee that Kiev will become much closer to you! 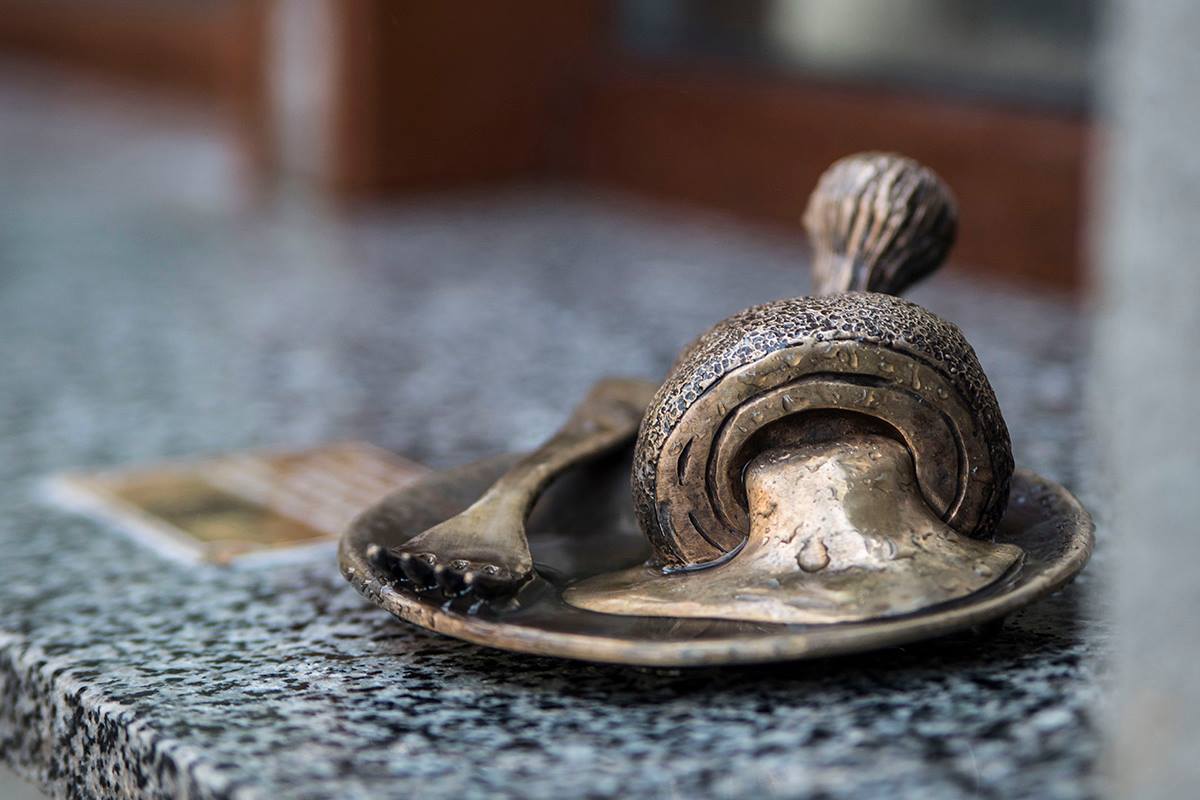 It became fashionable to buy Ukrainian. Vsi.Svoi and Made in Ukraine turned our understanding of domestic producers and made them closer. It turned out that wonderful cheeses are made close to Kyiv, incredible gammon of bacon is delivered from the Transcarpathia, Ukrainian-manufactured sandals are no worse than those made in Europe, and our ceramics can compete with Chinese porcelain.

Shabby second hand stores from the 90’s transformed into civilized flea markets such as Kurazh Bazar and Kyivness. It also became fashionable to consume responsibly and not throw good things away simply because you do not like them anymore. 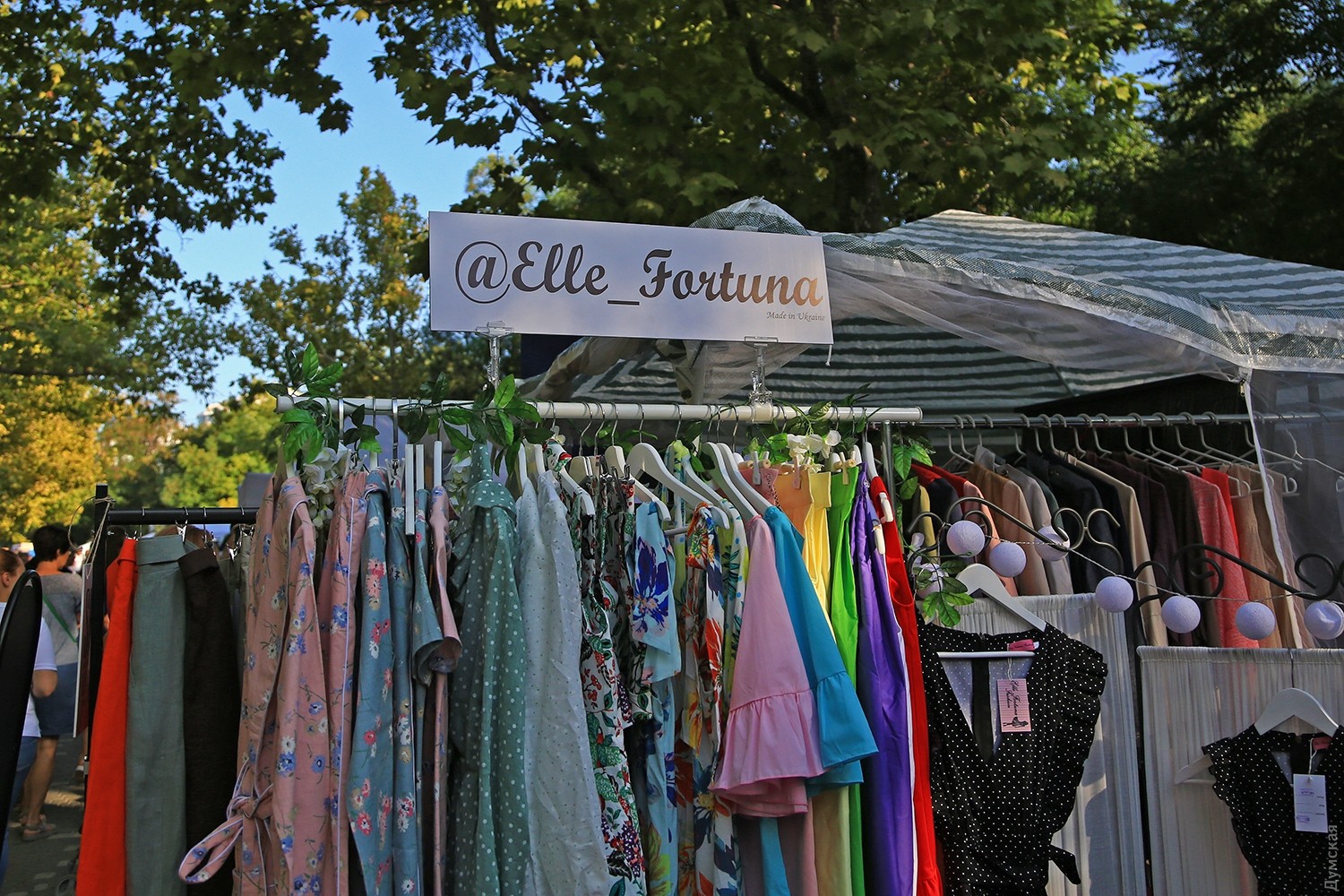 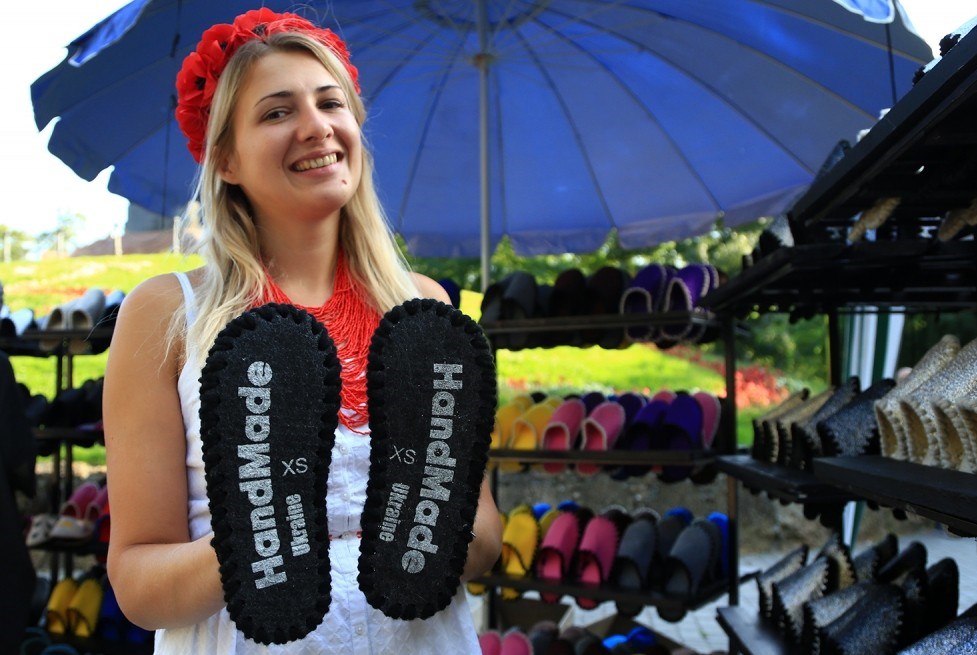 Surets children’s railroads is almost 70 years old. This year it was updated: they have built a new station, which is a reduced copy of Kiev Passenger Railway station, repaired the old station and viaduct.

The train runs between two stations: Yablunka (ukr. apple tree) and Vyshenka (ukr. cherry tree). The length of the track is 2.8 km. Engine drivers, car attendants, fare collectors and station duty officers are teenagers attending the railway club and dreaming of working at the railway. 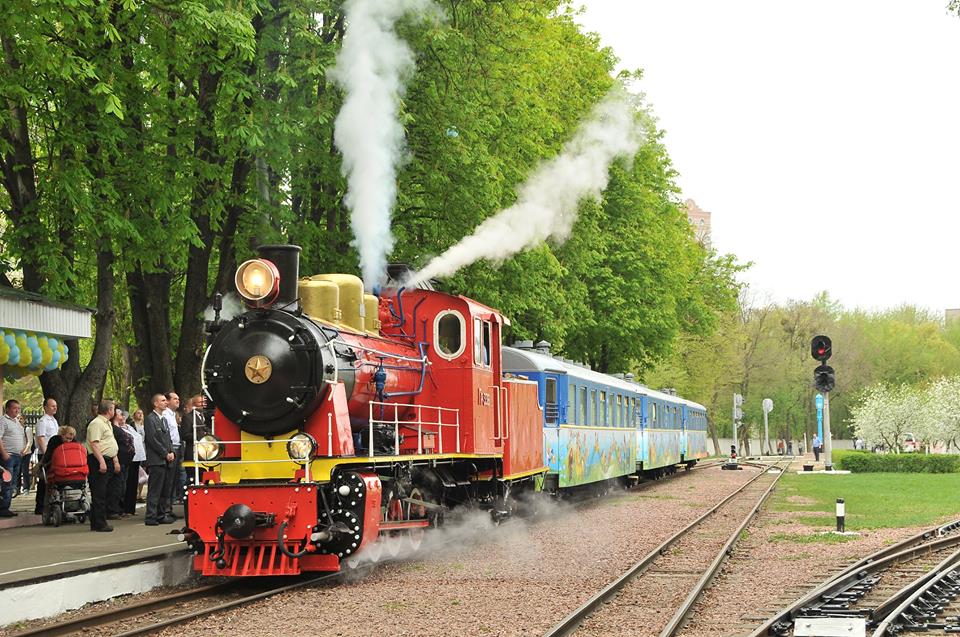 Renewed Alley of Artists was opened recently – on June 1. They have built wooden promenade and several observation decks, restored the arbor, strengthened the slope, and installed a fence, ramps for people with disabilities and surveillance cameras for safety.

In addition, when the lights are on in the evening, the place becomes very romantic. Some prophesy that the place may turn into Kyiv Montmartre. 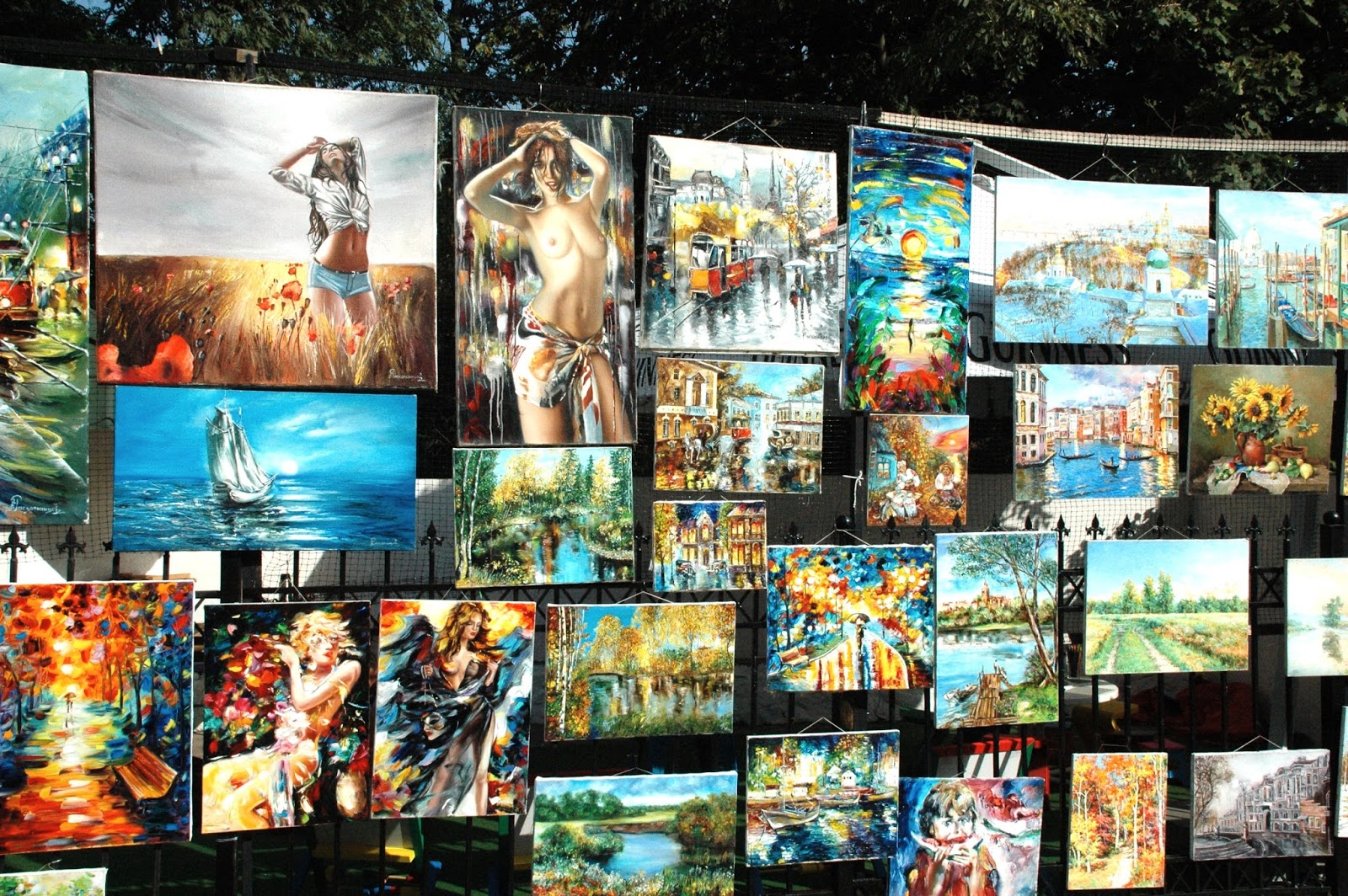 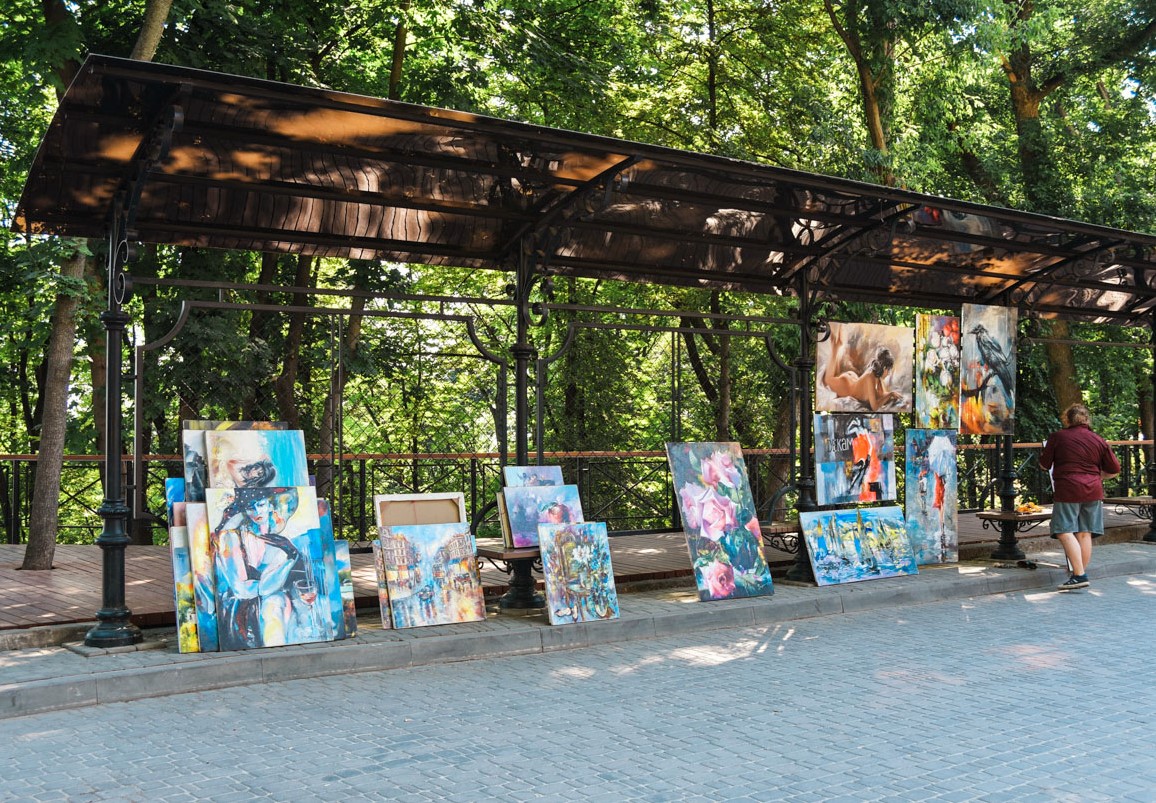 Today only the facades of the pavilions and the star on the roof of the main building reminds about the Soviet past of the Exhibition of Achievements of the National Economy of the USSR. Yes, sometimes the venue still hosts exhibitions of agricultural machinery, but more often, it welcomes musical festivals, gastronomic markets and flea markets.

Modern Expocenter became the place where friends meet for a picnic; pairs of lovers meet for romantic walks and families come with children. One can rent a bike or a scooter, enjoy the pool, lay on the grass, or just forget about the age and spend half a day on the swings. 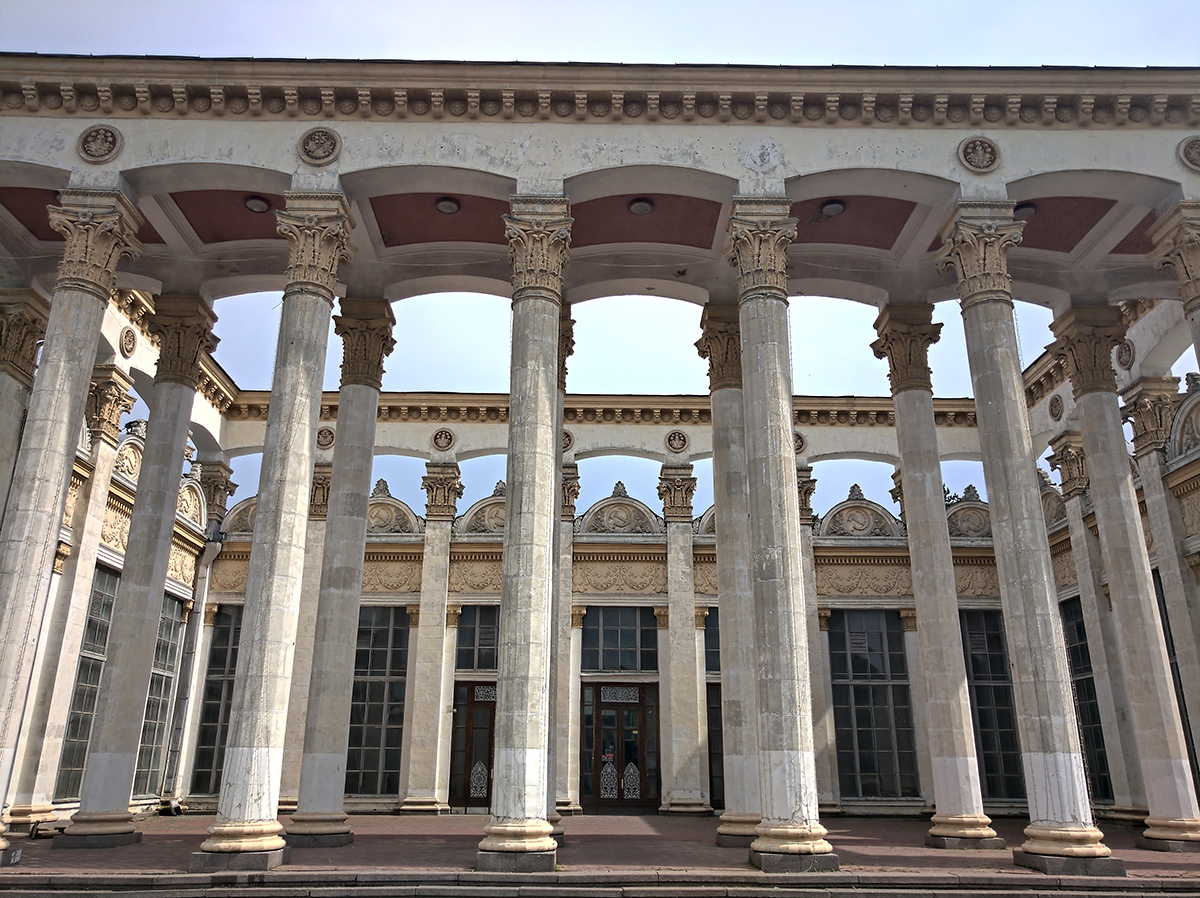 Kievans have long argued about this spectacular building. However, as you know, the appearance is often deceptive. Inside, it is one of the most innovative theaters in the country. On its scene, you can make projections, let smoke and even “turn on” rain.

In addition, the theater is also completely inclusive: there are wide lifts for people with wheelchairs, bright labels for people with visual impairments and even a special sound aid with comments on everything that is happening on the stage. Kiev citizens can be proud! To explore all the main sights of the city take a Private 6-hour Full Day Tour with a local who answer all your questions about the capital of Ukraine. 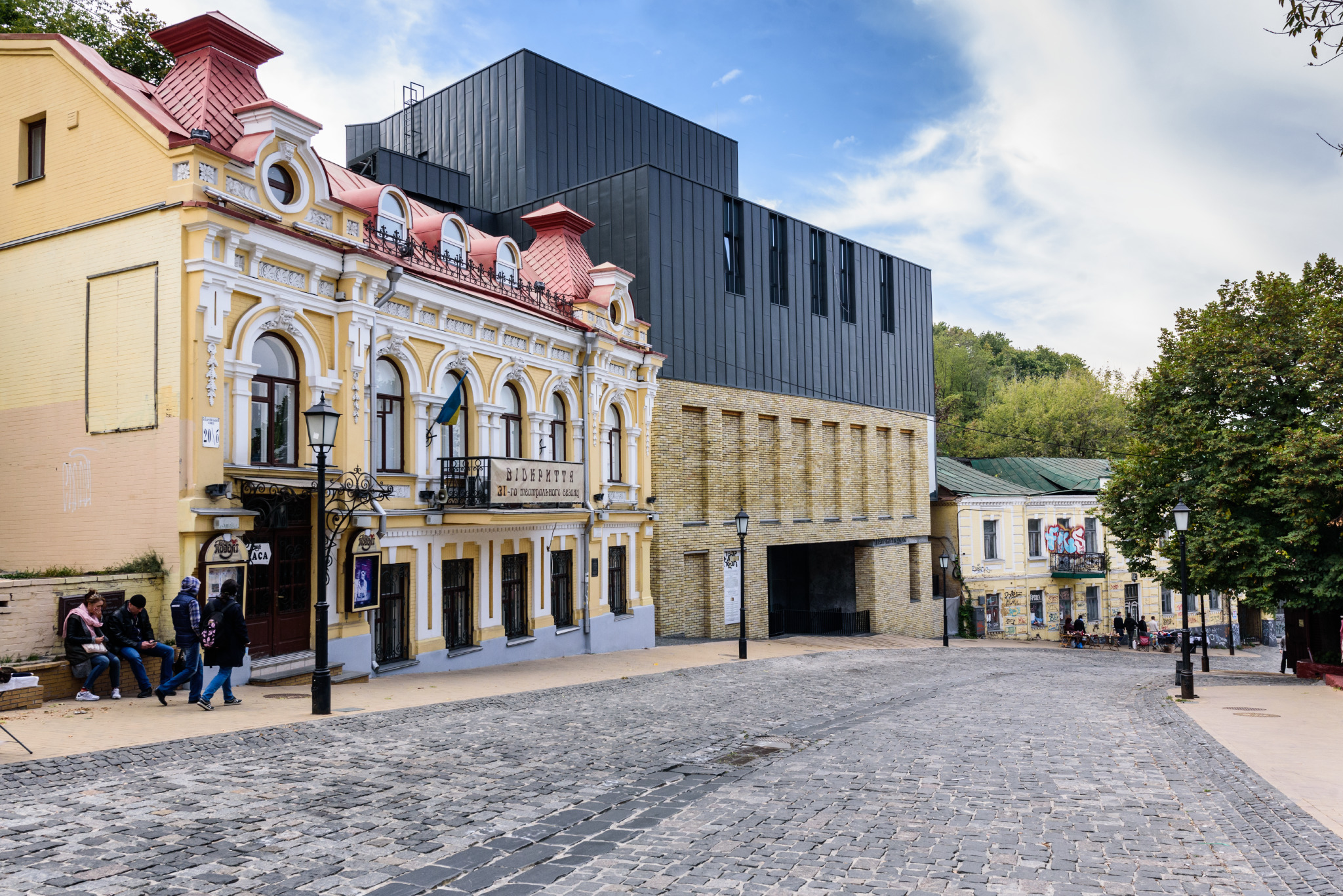 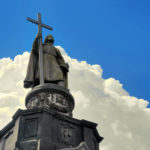 Why Kyiv Prince Volodymyr is NO Better than Harvey Weinstein 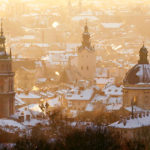