Whisper of sea waves, healing air, velvet sand, charm of sunrises and sunsets, a feeling of unity with nature, bright emotions… We have selected 10 seaside resort cities in Ukraine, where you can have a great rest in summertime.

Quiet resort of Ukraine on the coast of Dzharilgatsky Bay of the Black Sea with soft sandy beaches. Good for children: shallow water, water warms up to 28-30 degrees. Residents of the local Dolphinarium “Watercolor” can play basketball and dance. Do not forget to visit the exotic island of Dzharylgach with its pristine nature.

Quiet family vacation far from the noisy city. Clean seawater, wide beaches, rains are rather rare. You can go to the healing geyser and to the Biosphere Reserve Askania Nova. The bravest can try banana water ride or fly with parachute. Lazurne is one of the most popular sea resorts in Ukraine.

The combination of sea and steppe air, clean beaches, parks and fountains. The city will impress you with its well-being, its museum of porcelain and a copy of the famous Potemkin stairs.

The Sea of ​​Azov is more shallow and warm than the Black Sea. This is where you will find golden beaches of the Berdyansk Spit, varied vegetation and animal world. Get ready for adrenaline in high-speed water parks, make sure to take a ride on a boat and go to windsurfing school. The spacious sandy beaches of the Azov Sea, water temperature above 25 degrees, healing mud and thermal springs. The children will be pleased with animation of fairy tales heroes, adults gonna love fishing, and fans of extreme sports will definitely enjoy water skiing and bungee.

Pure broad beaches, clear water and southern fruits. The resort is best suitable for relaxing activities. There is not a single chance that romantic catamaran trips, riding a scooter, acquaintance with the beauties of Odessa, the Ackermann fortress and the aroma of Shabo wines can leave you indifferent. Zatoka is one of the most popular resort cities in Ukraine.

The atmosphere of silence on the Azov Sea yet combined with many discos and nightclubs. Do not go past the Treasure Island water park – it is one of the largest in Ukraine, good for both adventurers and those who like quiet relaxation and fun for children. Get ready for fun show and a photo with maritime artists in Oscar Dolphinarium. One of the most beautiful cities in Ukraine, tidy sandy beaches, piers. There are wild and nudist beaches. Odessa is Odessa! There is not only the sea itself but also the sea of everything: humor and festivals, monuments of architecture and museums, concerts of stars and night entertainment. 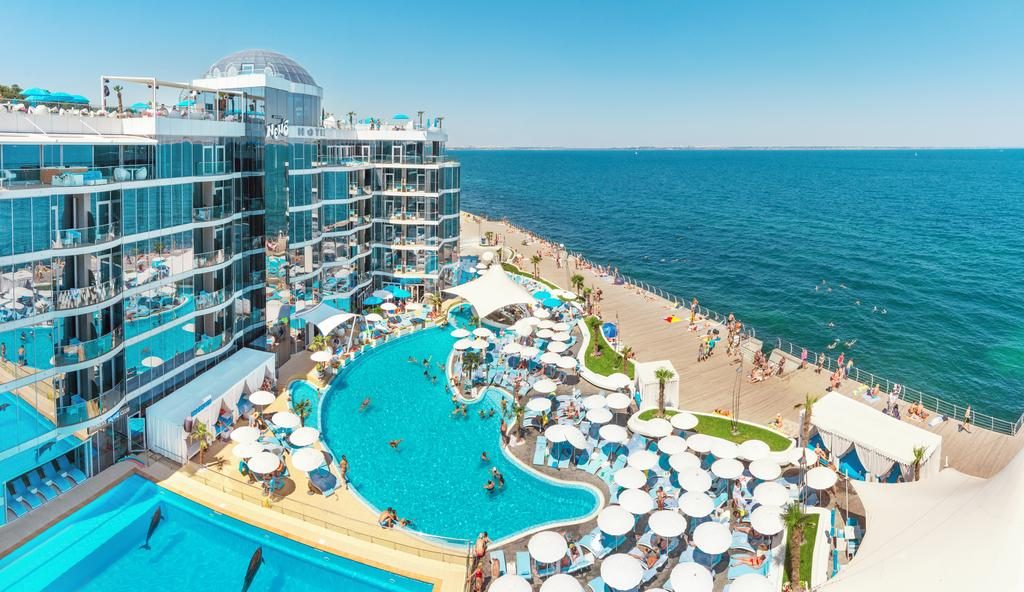 Do not miss the opportunity to walk along Deribasovskaya Street, get enchanted with the Opera House and go down to the catacombs. 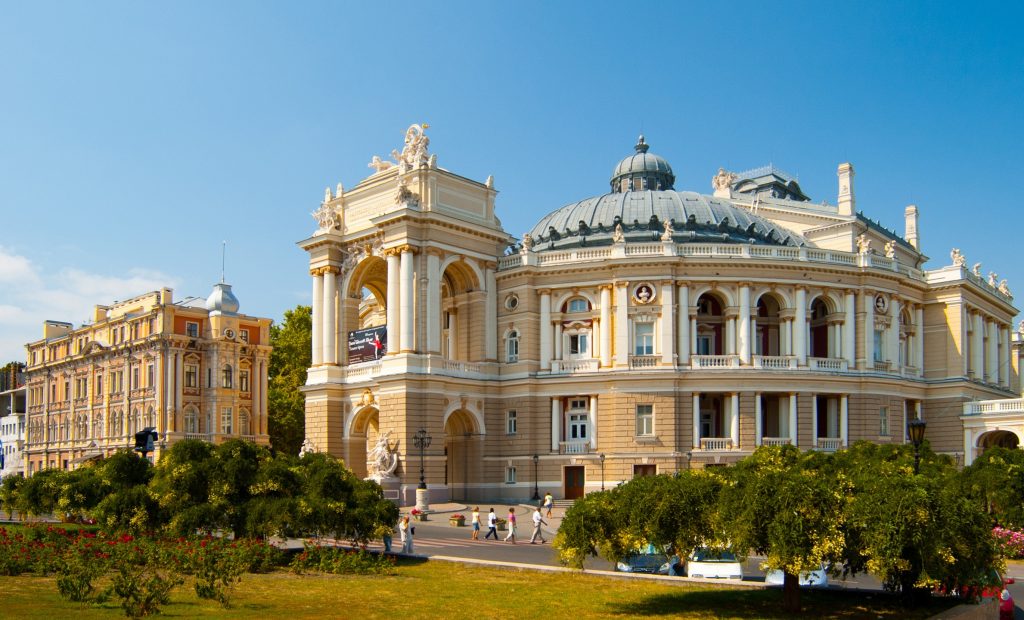 10 of The Most Incredible Miracles of Ukraine

It would seem that a modern man is hard to be surprised. Nevertheless, creations of human should never be compared to the power of nature. We cannot understand its laws; we can only admire its miracles. Deserts in the middle of green landscapes, unique lake systems, mountain countries and mysterious underground kingdoms… All these wonders are near, in our Ukraine. You just have to see it all with your own eyes, if you want to call yourself a traveler, to get to know your land, understand its uniqueness and feel its beauty.

Europe’s largest desert is located in Ukraine. 200 hectares of hot sandy sea surrounded by shores of forests. Once this miracle of nature was a green steppe, which eventually turned into a desert. The desert consists of 7 so-called arenas, among which there are lakes and trees. Surprisingly, there is a fresh underground lake in the middle of a sand mass at a depth of 300-400 meters. Sometimes you can see even small tornadoes here. In the summer, the sand warms up to 75 degrees Celsius.

This canyon is the largest in Ukraine and one of the largest in Europe. On its territory, you can see over hundred of monuments of living and inanimate nature that are of the world significance. These are 200-year-old oak forests, waterfalls, caves, rock temples and fortress ruins… It is hard to imagine but banks and stone canyon that sometimes rise to a height of 250 meters, are the remnants of the rocks of the Paleozoic era – the time when trees and vertebrate animals first appeared on our planet.

The highest ridge in the Ukrainian Carpathians that consists of six peaks over 2,000 meters (Goverla, Petros, Rebra, Gutin-Tomnatyk, Brebeneskul and Pip Ivan). Chornogora lies between the Black Tisza and Black Cheremosh (rivers), and its slopes are covered by Carpathian virgin forests. Its alpine relief forms constitute high hills, meadows and mountain lakes that are sparkling like gems in between. Chornogora is a complete natural system. It is unique and wonderfully beautiful.

Shatsky Natural Park has 24 unique lakes that are located on the territory of one of the largest marsh, lake and forest complexes in Europe – Polissya. Shatsky lakes lie in the green spaces of coniferous forests. This is the sole water complex, so the lakes do not have clear boundaries and are interconnected by ducts and canals. Shatsky Lakes are rich in fish, therapeutic mud, have clean, extremely clear water and sandy shores. The deepest of them – the Svityaz – is recognized as one of the 7 natural wonders of Ukraine.

Synevyr is rightly called the most beautiful lake in our country. The sea eye of the Carpathians, which is dormant in the wilderness of the ancient forests. It is located in the Carpathian Mountains at an altitude of 989 meters above sea level. The apple of this water eye is a green island that looks like a small piece of land in the middle of the water. Synevyr was formed about ten thousand years ago because of a powerful rock shift from the earthquake. Its waters, always calm and indestructible, never flow the banks, even at the time of the greatest floods. 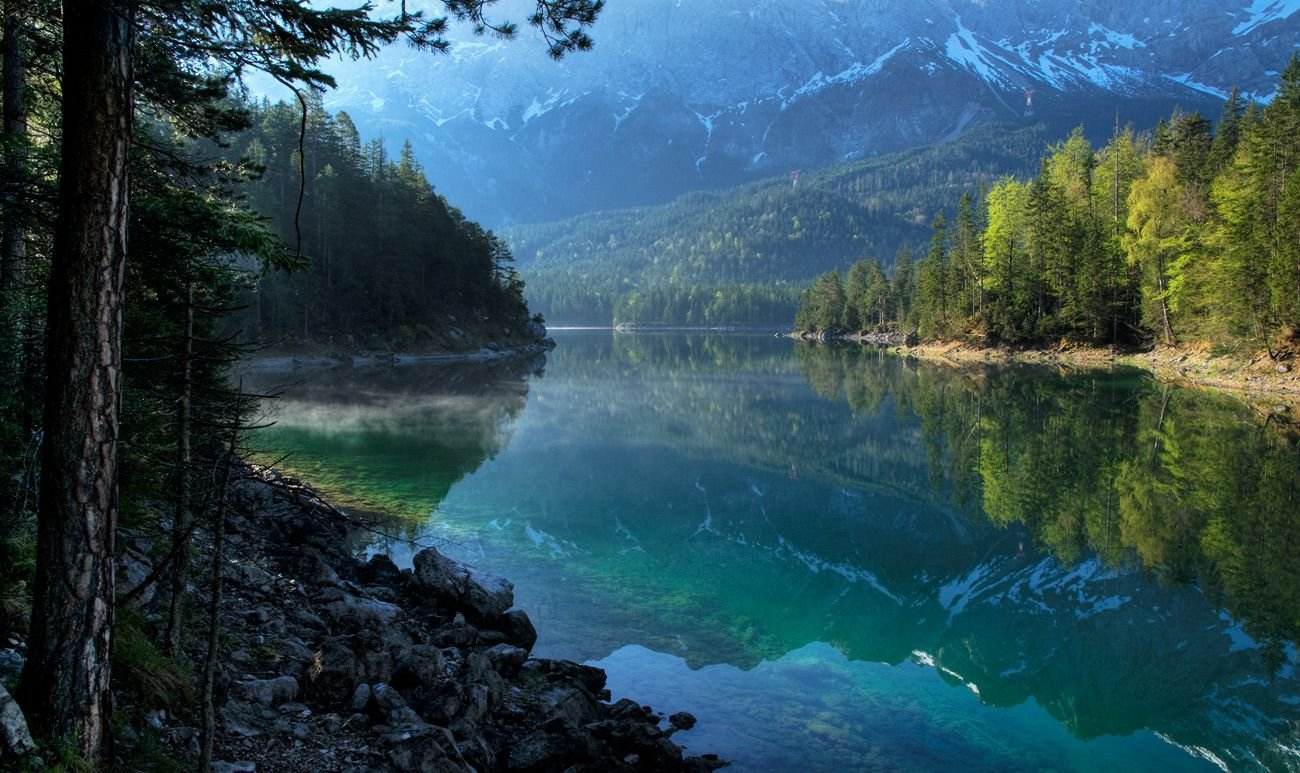 This nationally recognized nature landmark has no analogues in Europe. High-rise rocks (up to 50 m) are just in the middle of the forest (Lviv region). It is hard to imagine, but their age is 55 million years old. Because of tectonic movements of the earth, erosion rests of massive sandstones now stand almost vertically, forming rock of truly amazing form. This is a stone kingdom where year after year the water, wind and sun were creating a system of grottoes – mysterious caves and passages.

Depending on the time of day, Koyaske (Koyashske) Lake in the Crimea changes the shade of water from orange-red to pale pink. On this colored hollow, you can see amazing crystals – when water exposes coastal stones, small salt “icebergs” are formed. Koyaske Lake in the Crimea once was a part of the Black Sea, now it is part of the land. Pink water is due to Dunaliella Salina microscopic algae that produce beta-carotene. For the Smugar waterfalls, one shall go into the mountain forest gorge along the flow of the Smugar River in Bukovina. Depending on the season, the sounds of waterfall change – the whisper of the waterfalls change to roar. The height of the highest and most beautiful of them – The Great Guck – is 19 meters. The lowest, called the Gates is 3.5 meters. Such a system of waterfalls (2 km long) of varying power and height is a unique phenomenon for the Ukrainian Carpathians.

Basalt pillars of the Ivano-Dolyna deposit is the creation of the ancient volcano that was active here 650 million years ago. These stones are the result of selective melting of the ultrabasic substance of the mantle of the Earth. At the time of their “birth”, the temperature of the rocks reached 1300°C, later the magma was frozen and pillars of striking forms appeared on the surface. Clear and even polyhedral that stand in a row stretch for two hundred meters. Some rocky giants are 30 meters high.

It turns out that the longest in the world gypsum cave is located in the Ternopil region. This is a horizontal maze longer than 240 km. Mirrors of underground lakes and crystal clear shapes and colors. At the bottom of the passage, one also finds there very special snow clusters of transparent needle-shaped crystals of gypsum; it is often called “the cave snow”. It seems the time has stopped here. After all, the air temperature in the Optimistic Cave is always the same – it does not depend on the change of seasons on the surface.

To know the most incredible miracles of Kyiv, book private city friendly tours by Guide me UA. 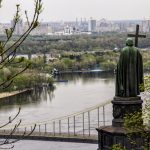 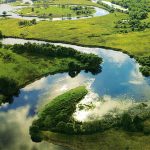 Dnieper River map – Secrets of the main river of Ukraine