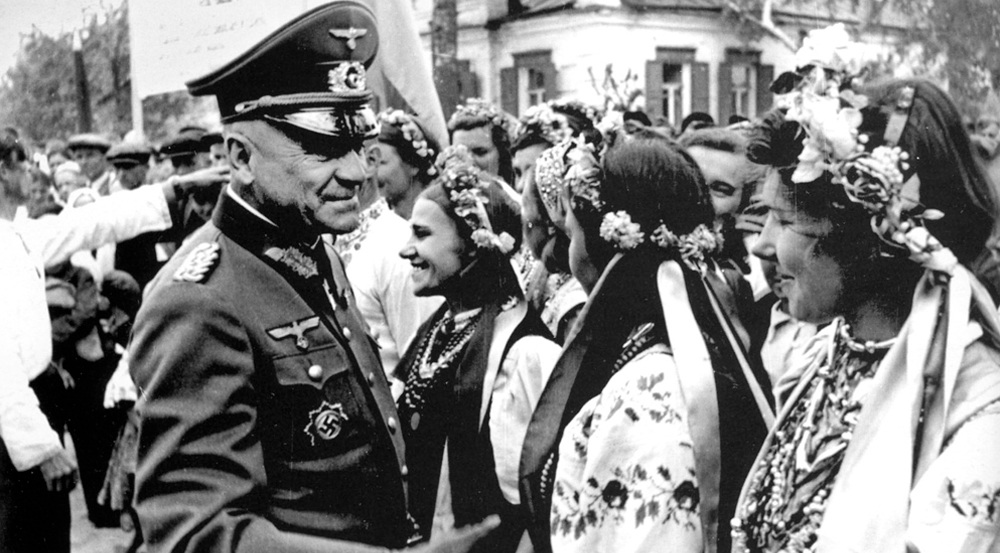 9th of May Ukrainians celebrate the day of victory, but let’s recall how it was.

On December 30, 1922, the Ukrainian Soviet Socialist Republic, by that time consisting of Right Bank Ukraine and Kiev, became the part of the USSR, and in 1927 the left-bank territories also became a part of the USSR.

10 Facts about Ukraine in the World War II

For the Ukrainians, the war began in March 1938, when, as a result of the Munich conspiracy, Hungarian troops that were sympathetic to Germans seized the newly organized Carpathian Ukraine, which before that was part of Czechoslovakia. In the battles, 430 Carpathian Ukrainians were killed and more than 400 were wounded. According to various sources, the total losses of Ukrainians amounted to 2-6.5 thousand people. This uncertainty is because most of them died not in clashes with regular Hungarian units, but as a result of shootings of prisoners. The Hungarian population began to hunt for groups of fighters and to kill them on the spot without trial and investigation. The fighters, who were imprisoned and later given to the Poles, were also shot on the spot. 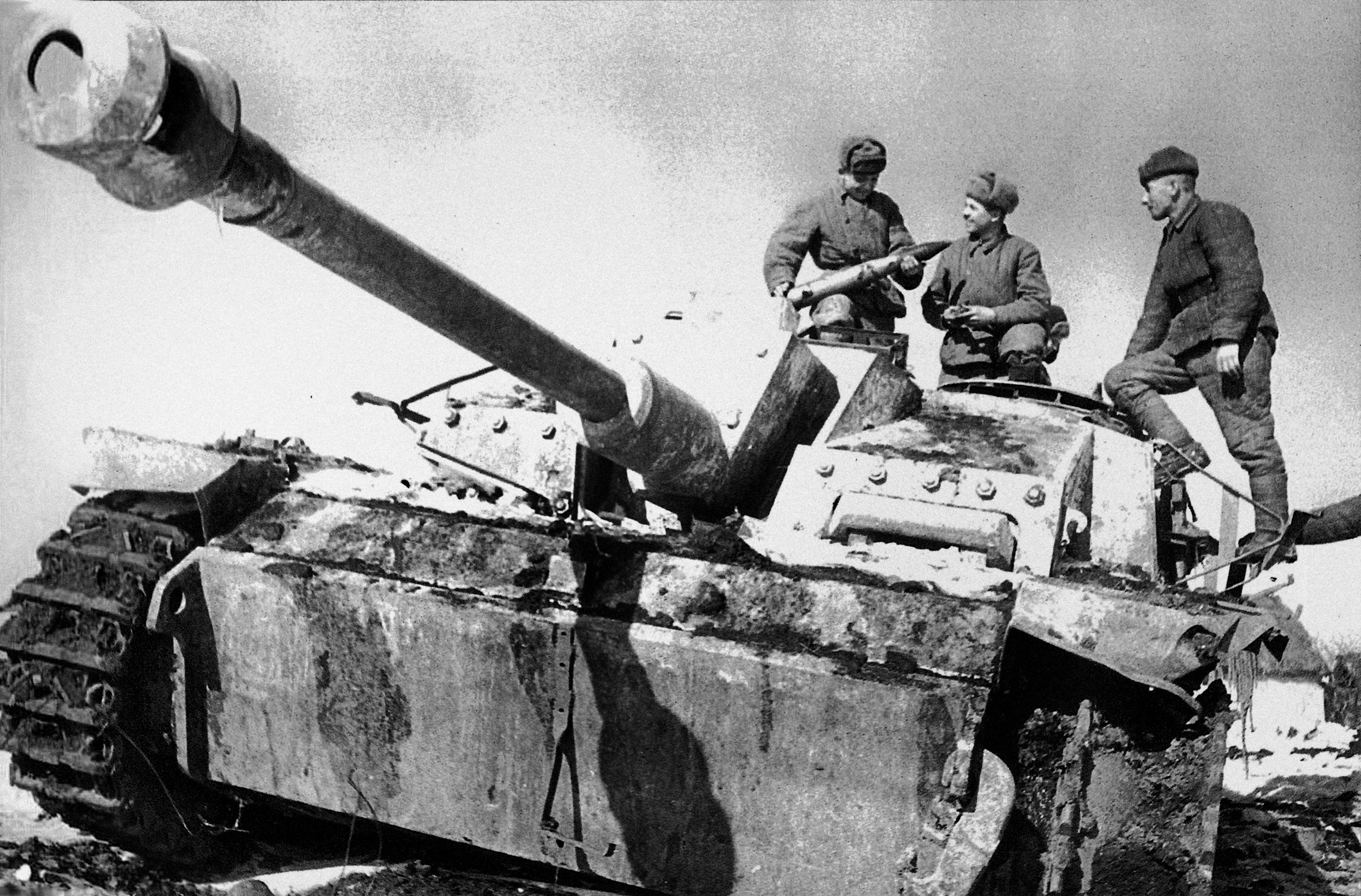 In Ukraine, the Red Army widely practiced the so-called “early” military conscription of young men aged 16 to 17 who not being trained and often badly armed, were immediately thrown into battle; as a result majority of them died at once.

In general, every fifth Ukrainian was killed during the Second World War. Only 3% of all those called up to military service for the summer of 1941 survived. 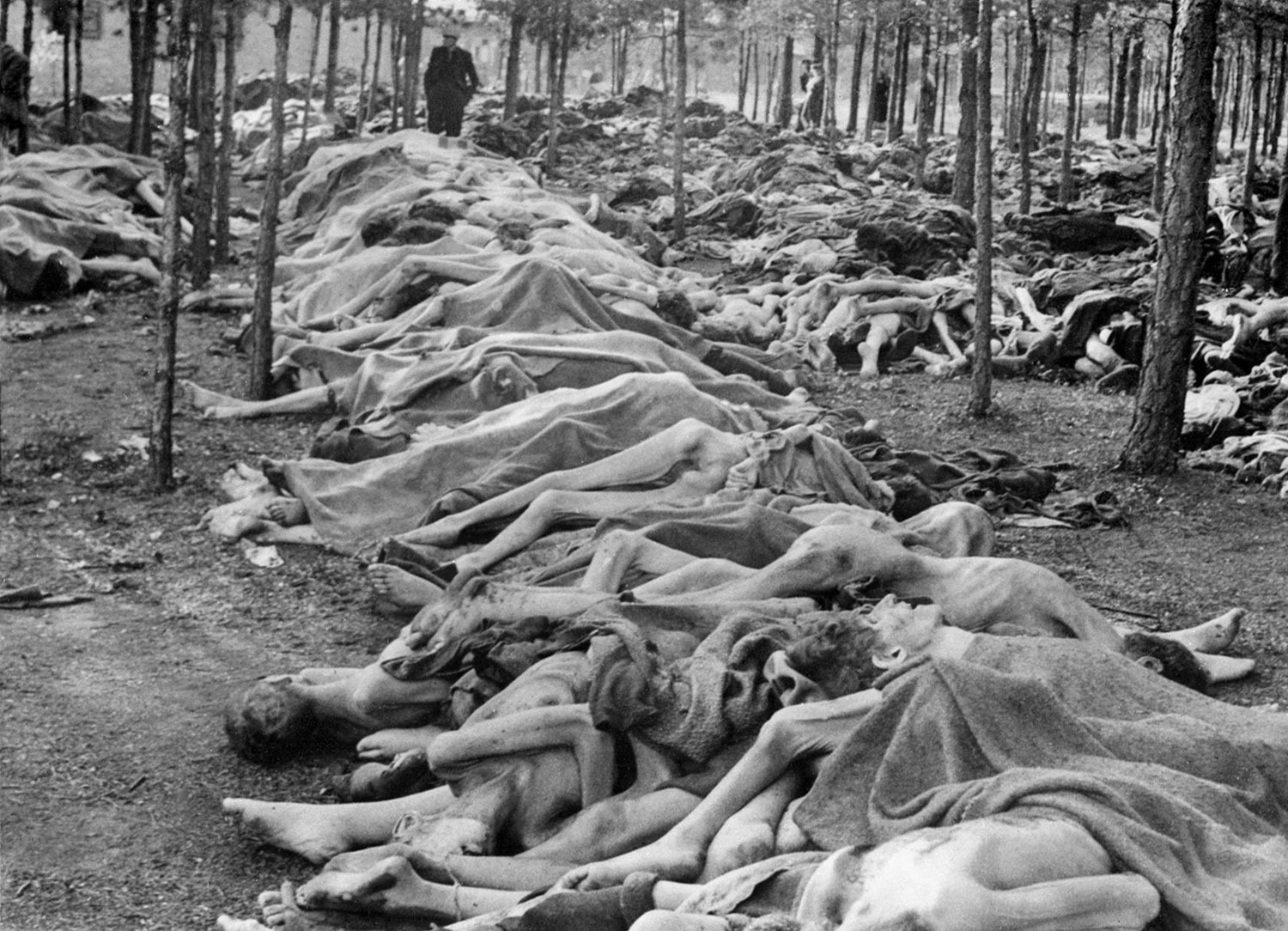 Total demographic losses of Ukraine, including dead, victims of concentration camps, deported and evacuated – amount to at least 14 million people. Of 41.7 million people who lived in the Ukrainian SSR before the war, only 27.4 million people were still alive in 1945.

During the evacuation about a thousand of the best industrial enterprises of Ukraine were taken from Ukraine to the East; after the war they were not returned to their native cities. Enterprises that Ukrainian people have paid their own blood for (in the literal sense of the word) during the 1930s, in the postwar years became the basis for the creation of a military-industrial complex in the eastern part of the USSR.

In 1941, the Soviet government left “scorched earth” during the retreat. During the evacuation in Zaporozhye, the military blew up the Dneproges (Dnieper Hydroelectric power plant). This was known neither to the civilian population, nor even to the military units in vicinity, a large part of which was sunk by the Dneproges waters. In Dnepropetrovsk the bread-baking plant was undermined together with its workers. In Odessa, when the Red Army retreated, the coastal quarters along with the inhabitants were flooded, and the wounded Red Army men were thrown into the sea together with ambulances. Hundreds of representatives of the intelligentsia were taken from Kharkov to burn them in a closed house. In Uman, people were buried alive in a cellar. There are many such examples. And all this was done not by the Nazis, but by the Communists in retreat.

Having visited Ukraine in 1945, the news-writer of Saturday Evening Post, wrote with horror: “What some people are trying to portray as” Russian glory “was, first of all, the Ukrainian war. No European country suffered more from the deep wounds inflicted on their cities, their industry, agriculture, human power.” 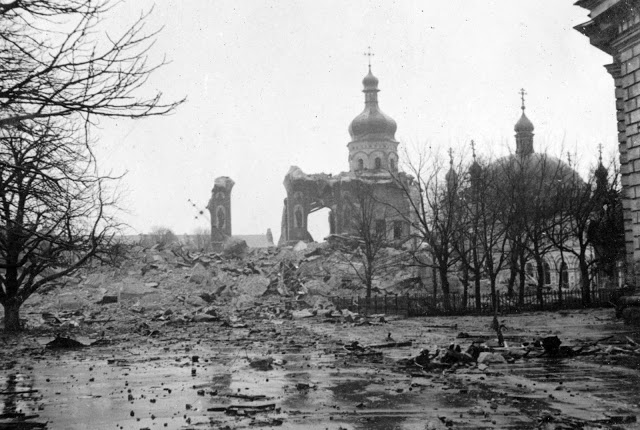 The Second World War completely changed the ethnic diversity of Ukrainian society. Such influential before national minorities as the Germans (who traveled to the East of the USSR in 1941, 1944 and 1945) disappeared from Ukraine. The same was with the Crimean Tatars who throughout the centuries were playing important role in the history of the Black Sea region; in 1944 they were deported from the Crimea to Central Asia. Out of almost 3 million Ukrainian Jews only 800 thousand people survived the war (later 140 thousand of them went to Poland); by 1950, less than 400 thousand Poles (of the 2.5 million before the war) survived. However, the number of Russians increased: in the first post-war decade the pre-war population of 4 million rose to 7 million people. 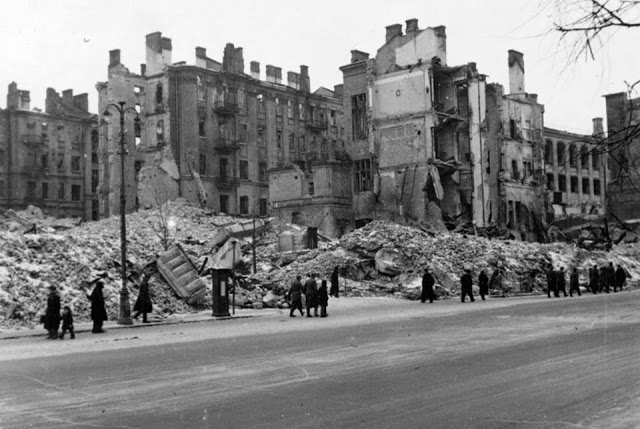 The Ukrainians fought against Germany as part of other armies and military units; in particular, many of them served in the American and Canadian armies (in the latter there were 40,000 Ukrainians). They fought in the French Resistance Movement. Thousands of Ukrainians served in the Polish army of General Vladislav Anders and took part in hostilities as a part of British troops in Egypt, Libya and Italy. Also, Western Ukrainians accounted for 2% of the Polish division named after Tadeusz Kosciuszko and for 70% of the Czechoslovak brigade of General Ludwig Svoboda.

On May 9, Ukraine celebrates the Victory Day over Nazism in World War II, which replaced the “Victory Day” over fascism in the Great Patriotic War of 1941-1945, celebrated in Russia and a number of other post-Soviet states.

You also can order a Tour in Kyiv to the Museum of the Second World War with a private guide in English, French or German. 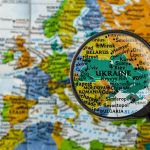